Aid agencies say they welcome the Trump administration’s promise of nearly $640 million to help four countries dealing with rampant food insecurity but say the pledge is overdue and taking too long to reach the people who desperately need it.

Noah Gottschalk, a senior humanitarian policy advisor at Oxfam America, decried what he called an “enormous delay” in the pledge being announced.

“It’s important to note that just because it’s been announced at the G-20 it doesn’t mean it’s actually been delivered,” Gottschalk said, speaking to VOA from Uganda.

“This has been, I think, one of the slowest responses from the U.S. government we’ve seen in a long time in terms of getting the money that’s been appropriated by Congress sent out from the Office of Management and Budget to USAID [the U.S. Agency for International Development] to actually start programming it and then be able to send it out.”

“We don’t really have time to spare, to waste. Lives are on the line, and the money [has] to get out the door as quickly as possible,” Gottschalk said.

Jeremy Konyndyk, a senior policy fellow at the Center for Global Development, said that during his time in government, funding announcements were typically made after money was in the process of being spent.

Konyndyk served as the director of USAID’s Office of U.S. Foreign Disaster Assistance (OFDA) between 2013 and 2017.

“We announced actual funding, not pledges or vague commitments,” Konyndyk said. This, he added in an email response, is in contrast with donors who would announce pledges and sometimes fail to deliver on them. 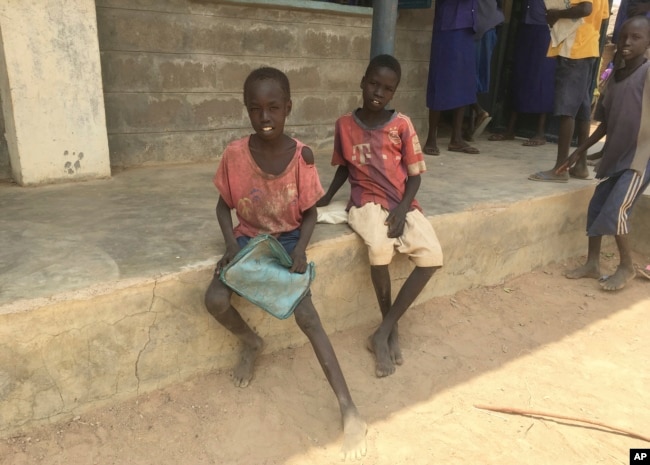 Asked about delays in getting assistance to those in need, a USAID official said the U.S. has moved with as much speed as possible.

“We are continually assessing, analyzing and then funding needs throughout the year, regardless of where we are in the budget cycle,” said Robert Jenkins, deputy assistant administrator for the U.S. Agency for International Development’s Bureau for Democracy, Conflict and Humanitarian Assistance, in a conference call discussing the new assistance.

“We pride ourselves on having perhaps the world’s fastest ability to fund emergencies and redirect funding if need be and put assistance directly where it needs to be as fast as possible,” he added.

Since October 2016, the U.S. has contributed over $1.8 billion in aid to the four countries to help address what the U.N. has called the worst humanitarian crisis since World War II.

AI Report: Nigerian Army expands special board of inquiry on IPOB, others