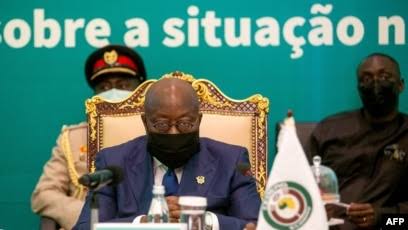 The Economic Community of West African States (ECOWAS) Commission, through its Directorate of Political Affairs, continued its dialogue and mediation training and interactive engagements with members of the Inter-Party Advisory Council (IPAC) ¹and other relevant stakeholders from the northwest and northeast geopolitcal zones of the country.

The  workshops is set to hold from 13th of  December, 2022 in Kano, Nigeria. The 4-Day programme is geared towards violent-free 2023 general elections in Nigeria with the enhancement of participants’ dialogue and mediation skills and platforms for addressing contentious issues, thus contributing to the prevention and mitigation of electoral-related conflicts and violence before, during and after the polls.

According to a statement made available to the media on Monday by the Program Officer, Mediation Directorate of Political Affairs, ECOWAS Commission, Dr. Brown Odigie, the training and interactive exercise is also expected to help create a healthy opportunity for participants to take cognizance of and appreciate the ECOWAS Constitutional Convergence Principles and Frameworks for transparent and peaceful elections, as espoused by the 2001 supplementary protocol on democracy and good governance, as well as the commitments of ECOWAS to the processes of dialogue and mediation in resolving electoral disputes and conflicts.

The stakeholders are also being brought together for a brainstorm, against the backdrop of electoral contestations which have become a major source of conflicts in West Africa, with grave potentials for violence, triggered or heightened by the high premium on political power in the political discourse of both politicians and their supporters.

The workshop which is part of the ECOWAS‘ strategic and operational support for the country’s peaceful 2023 general elections, is a follow up to a similar one with members of the Inter-Party Advisory Council and other relevant stakeholders from the Southwest geopolitical zone of the country held in Lagos state in November 2022.

It would be recalled that participants at the Lagos Meeting made commitment to peaceful general elections by echoing  messages of hope, confidence, and trust in the electoral process including upholding the content and spirit of the Peace Accord signed by  political parties and presidential candidates on the Prevention of Violence and Promotion of issue-based  Campaigns.

The training and interactive workshops are being supported with funding from the Government of the Kingdom of Denmark under the Danish Africa Programme for Peace.