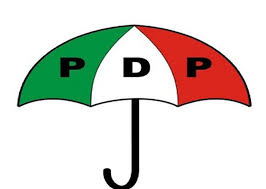 The party approved this at the 95th National Executive Committee (NEC) of the party held on Wednesday in Abuja.

The party also approved the commencement of sale of the forms from Thursday, March 17 for the 2023 general election.

With the guidelines released on Wednesday, PDP members aspiring for governorship seat are to cough out N21m, with the expression of interest form pegged at N1m while nomination form is N20m.

Senatorial aspirants will pay N500,000 for expression of interest and N3m for nomination form totaling N3.5m.

Also, the House of Representatives’ aspirants will pay N2.5m, with expression of interest at N500,000 and nomination form at N2m.

Those aspiring for State House of Assembly will pay N100,000 for expression of interest form and N500,000 for nomination form.

The party equally approved a 50 percent reduction in nomination fees for youths aged 25 to 30 years for various elective positions.

The NEC also approved the establishment of a 37-member zoning committee to make recommendations for the zoning of various elective positions for the 2023 general election.