Abba Kyari: NDLEA assures there will be no cover up 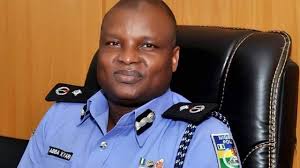 The National Drug Law Enforcement Agency (NDLEA) has said it would get the ongoing investigation on the alleged drug dealing involving the suspended erstwhile Commander of Intelligence Response Team (IRT) at the Force Intelligence Bureau (FIB) of the Nigerian Police Force, DCP Abba Kyari to justice.

It said there would be no no cover up for anyone that may be involved in the ongoing investigations into alleged drug dealing.

The police has when delivering Abba Kyari and four other police officers fingered in dealing in illicit drug on Monday, asked the NDLEA to come clean by revealing the identity of officers of the anti-narcotics agenda alleged by the drug traffickers to have assisted them in their illicit trade.

Perhaps reacting to the allegation from the police, the NDLEA asked Nigerians to be patient on the ongoing investigations to unravel the mystery behind the 25kgs of cocaine intercepted at the Enugu Airport.

Spokesman of the agency, Femi Babafemi, confirm to journalists that NDLEA would not cover up for anyone, no matter how highly placed in the investigation or other related matters concerning the workings of the agency.

When asked on the reported involvement of some yet to be identified NDLEA officers in the Abba Kyari’s case, Babafemi said that the agency will not cover up for anyone.

He said: “Having gone this far, and doing due diligence, what kind of cover up are you talking about? Anybody that may be indicted would face the full wrath of the law. And this has always being the stance of the Chairman/Chief Executive of NDLEA, Brig. Gen Mohamed Buba Marwa.”

He added that: “We appeal to Nigerians to let the agency complete it’s assignment and we assured Nigerians that the outcome of the investigation would be made public appropriately.”

It was gathered from multiple sources that the agency on Tuesday commenced the grilling of the embattled DCP Abba Kyari over his involvement in the Brazil-Ethiopia- Nigeria drugs ring and deal to compromise 25 kilogrammes of cocaine in the custody of NDLEA.

The sources within the agency, revealed that the interrogation of Kyari and his collaborators in the net of the EFCC would have been concluded by the end of this week.

However Babafemi declined comment on the level of interrogation of Kyari, insisting that: “Investigation is ongoing”.

He said: “We gave an assurance in our statement on Monday that ‘no stone will be left unturned to ensure that all suspects already in custody and those that may still be indicted in the course of the investigation will face the full wrought of the law at the end of the ongoing probe and that still stands. If anyone has concrete information or evidence, our doors are open.”