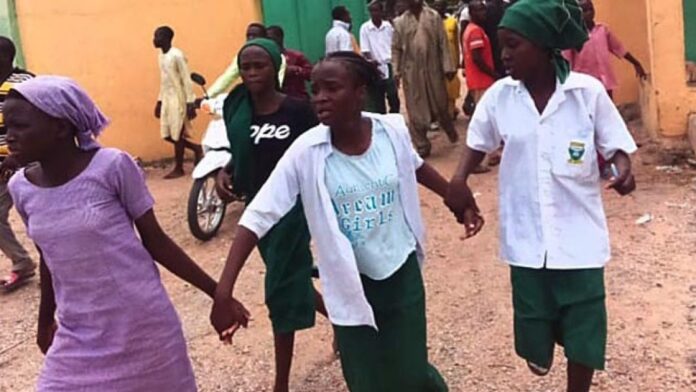 A 16-year-old abducted female student of Federal Government College, Birnin Yauri in Kebbi State, has given birth to a child in captivity, PRNigeria can authoritatively report.

The young mother is among 11 remaining female students yet to be released after gunmen had abducted over 100 students and eight teachers and killed a police man in the mixed boarding school on June 17, 2021. Also read:  https://prnigeria.com/2021/06/17/bandits-college-yauri-kebbi/

A few days after the abduction, security operatives succeeded in rescuing some of the students, while others escaped from the gunmen in the process of taking them away. The bandits also released the teachers and 30 of the students. https://prnigeria.com/2021/06/18/troops-rescue-teachers-students-yauri/

The girl, whose name could not be confirmed at press time, delivered a baby boy in the abductors’ forest camp, according to our sources.

One of the sources told PRNigeria that the parents of the 11 remaining schoolgirls in captivity expressed great concern despite payments of ransom and prisoner swaps with abductors at different times.

“When the government, especially Governor Atiku Bagudu of Kebbi, ruled out negotiation with the armed group, which demanded ransom, families of the abducted students contributed and paid the ransom for the release of their daughters

“It is disheaterning that the bandits collected huge ransoms and married off some of the victims and yet refused to release the remaining abductees,” the source added.