Arming Ukraine is worth the risk 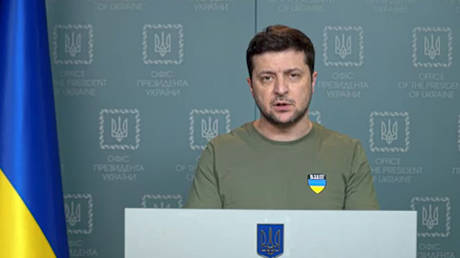 •The West Can Raise the Cost of Russian Aggression

Russian President Vladimir Putin’s invasion of Ukraine has spurred a tidal wave of arms transfers from the West to the besieged country. The United States alone has committed $1 billion worth of arms to Ukraine this year. More than 20 other countries have promised, sent, or assisted in moving arms and equipment to Ukraine. Some of these commitments have entailed head-spinning reversals of longtime policies: just days after Putin’s initial attack on Ukraine, for instance, Germany flipped from prohibiting the transfer of German-made weapons to the country to delivering 1,000 anti-tank weapons and 500 antiaircraft missiles of its own to help Ukraine defend itself.

The West’s transfer of military resources and aid to Ukraine, a non-NATO country, raises important questions regarding the risk of an escalation with Moscow. These weapons, sent by the United States and its allies, are intended to kill Russians. How can Western countries continue to provide Ukraine with arms and materiel without provoking retaliation from Putin? How severe could that retaliation be? And will the West’s material support really make much of a difference in Ukraine’s bid to fend off the Russian invasion? Other debates regarding the provision of military resources to Ukraine—for instance, Washington’s rejection of a Polish offer to send fighter jets to Ukraine via a U.S. base in Germany—indicate enduring fears within the NATO alliance that too forward an intervention in the conflict will lead to direct confrontation with Russia. Are these fears justified?

The West’s strategy of transferring resources to Ukraine is nothing new: arms from third parties are extremely common in modern warfare. An escalation of the conflict is always possible, but arms transfers do not usually enmesh the suppliers in war. In part this is because arms transfers alone are rarely decisive in war. Nor can they ensure a decisive victory for Ukraine against Russia now. They can certainly help, and without them the Ukrainian military is unlikely to be able to supply itself for a long war. But Russia’s superior capabilities should enable Putin to steamroll Ukrainian forces, if Moscow can overcome the logistical, command, and tactical problems that have bedeviled its invasion so far. If Russia can figure out how to bring its advantages properly to bear, it could eventually occupy enough territory to force the Ukrainians into insurgency. A better outcome for Ukraine will require either the continued ineptitude of the Russian army or a Western intervention that assumes a level of risk that NATO is unwilling to tolerate. What arms transfers can do is to bridge these two options, representing a way for the United States and its allies to contribute to Ukraine’s defense, raise the cost of Russian aggression without engaging Russia directly, and give Ukraine a chance of fending off Russian forces without exceeding NATO’s risk tolerance.

Putin’s invasion raises the security stakes for everyone—Ukrainians, Westerners, and Russians alike. There is no longer a zero-risk policy available, if there ever was. For now, arms transfers may be the least dangerous of a dangerous list of options.

BELOW THE THRESHOLD FOR RETALIATION

For Americans, the most familiar example of arming an ally is the United States’ support of the United Kingdom in the early years of World War II. Through lend-lease programs that allowed Washington to provide its allies with war materials while avoiding direct involvement in the conflict, the United States transferred over $12 billion worth of armaments to an active belligerent with whom it had no treaty alliance. This practice is nearly ubiquitous in modern warfare: there have been over 900 individual acts of security assistance involving weapons transfers, training, or other military aid from third parties to combatants in wars since 1945.

The establishment of external sanctuaries—in which guerillas set up base camps and logistics hubs in neighboring countries—is also common, occurring in perhaps two-thirds of all civil wars since 1945. This tactic can trigger retaliation against the sanctuary countries that harbor cross-border attackers: Israel, for instance, invaded Lebanon in 1982 to put an end to attacks launched by the Palestine Liberation Organization against Israel from Lebanese soil. Rwanda invaded the Democratic Republic of the Congo in 1996 to stop Hutu attacks launched from there. The United States invaded Afghanistan in 2001 to destroy al Qaeda sanctuaries.

How can Western countries arm Ukraine without provoking retaliation from Putin?

Most retaliation, when it does happen, is against such guerilla or terrorist havens rather than mere weapons suppliers. Germany did not attack the United States to halt the lend-lease programs that were supplying its enemies in the early years of World War II. The United States did not attack Iran over its weapon transfers to the Shiite militias that fought U.S. troops in Iraq between 2003 and 2008. The Soviet Union did not attack Pakistan to halt the flow of U.S. weapons to the anti-Soviet mujahideen in Afghanistan in the 1980s.

This distinction between the types of aid provided and the degree of retaliation they incur is not surprising. The whole point of arming others rather than waging war directly is to limit the risk of intervention by keeping the provocation below the threshold for retaliation. Supplying weapons hurts the target, but usually not enough to defeat the target outright. The weapons supplier is often a strong power that might defeat the target outright if dragged into the war directly. The target therefore faces a choice: retaliate against the supplying power and risk a wider war that it may well lose, or muddle through against a strengthened enemy and hope to win in the end. Most targets choose to muddle through rather than retaliate.

This historical pattern does not mean that arming others is without risk. Escalation is not always intentional. Miscalculation is common—if not universal—in war, and even a single mistake can trigger an escalatory spiral. And unfortunately for the United States and its allies, thresholds for retaliation are in the eye of the beholder, not the weapons supplier. Putin, not U.S. President Joe Biden or German Chancellor Olaf Scholz, will decide whether the billions of dollars of arms given to Ukraine warrant an attack on the suppliers. As Russia’s invasion of Ukraine itself shows, external perceptions of Putin and his goals can be clouded by a host of cultural differences and perceptual biases. Arming the Ukrainian military is lower risk than attacking Russians directly—but it is not risk free.

Is the risk of an escalation with Russia, a nuclear power, worth coming to the defense of Ukraine? What can arming Ukraine accomplish, beyond meeting calls to counter a massive affront to decency?

The transfer of weapons to Ukraine can, in fact, accomplish three important goals. First, it gives Ukraine a chance to exploit Russian errors and further stall Moscow’s offensive, if Russia’s military performance continues to be as poor as it has been so far. Russia’s military proficiency in Ukraine to date has been shockingly poor. Modern warfare is extremely complex, and thus far Russia has shown no evidence that it can cope with this complexity to exploit its tremendous material and manpower advantages. But even if Russia continues to stumble, Ukraine will need help to force Russia into a stalemate. Modern warfare consumes resources at a ferocious rate. The U.S. Army VII Corps in Operation Desert Storm in 1991, for instance, expended 9,000 tons of ammunition and 2.4 million gallons of fuel every day—and Ukraine’s army is bigger than that corps. If Ukraine continues to expend munitions and fuel at the current rate, it will soon exhaust its prewar stockpile, and it will be in constant need of further supplies.

Putin’s invasion raises the security stakes for everyone.

Second, if Russia adapts and improves its performance, it will likely topple the existing regime in Kyiv no matter how much support Ukraine receives—but weapons transfers can make the Russian invasion more expensive, perhaps intolerably so. A cheap Russian success in Ukraine could look to Putin like his fourth successful military adventure in a row, after his invasion of Georgia in 2008, the annexation of Crimea in 2014, and Russian intervention in Syria in 2015. If so, deterring Putin from targeting other neighboring countries such as Poland or the Baltic states could prove much harder. The more lethal the Ukrainian defense, the more likely the West can deter Putin from further military aggression.

Third, if Kyiv does fall and the Ukrainian military is driven from the field, arms transfers will still prove useful: they can facilitate an insurgency to contest Russian dominance of the country and give Ukrainians a chance to oust the occupying power and restore self-government. Most of the arms now being sent are exactly the kinds of weapons needed for such an insurgency: ammunition and handheld or shoulder-fired anti-tank and antiaircraft systems. If the Russian army overruns all of Ukraine, it will surely try to seal Ukrainian borders to prevent further arms shipments from reaching anti-Russian insurgents. It is notoriously difficult to seal long borders, and parts of Ukraine’s border runs through the Carpathian Mountains and dense forests near Poland that could prove impossible for Russia to secure completely. Nonetheless, the more munitions the United States and others can send to Ukraine now, the less effective Russian border security will be at starving a future insurgency of arms. Arms transfers now are an investment in an anti-Russian resistance later, even if Russia does crush Ukraine’s regular army.

Such aid alone is unlikely to be decisive in swaying the war in Ukraine’s favor, and it will incur an inherent risk of escalation. But it represents a way to give Ukraine a fighting chance while limiting the risk of a direct confrontation between the United States and Russia.