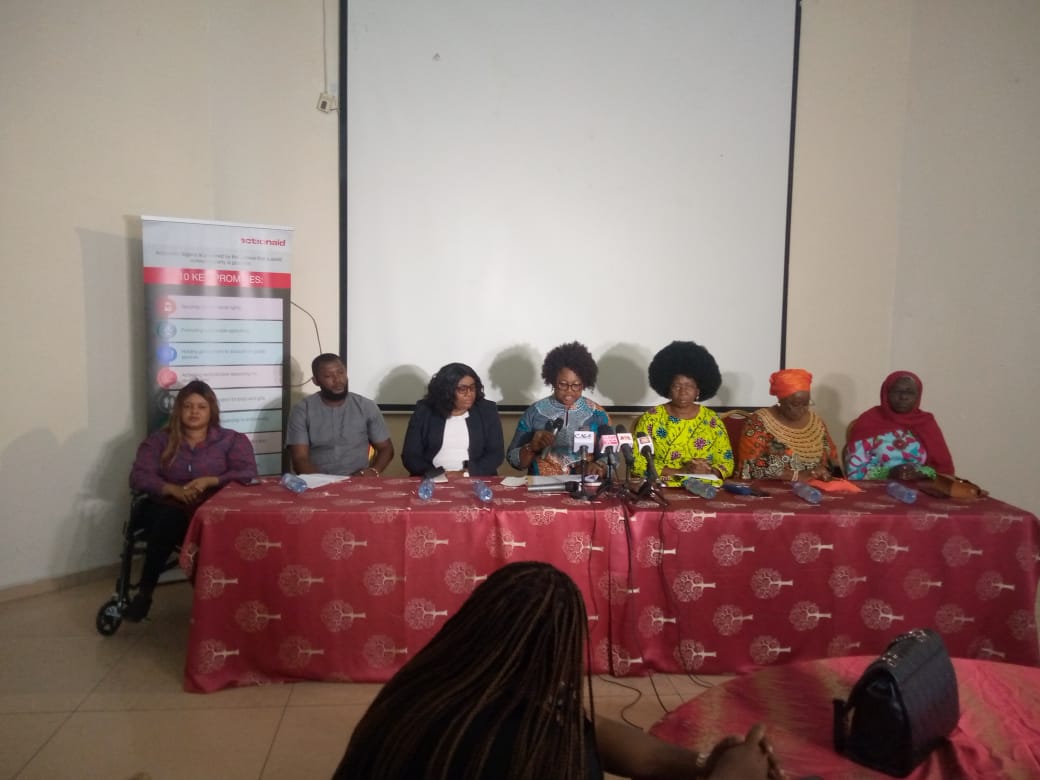 A group of human rights and gender activists have condemned the alleged attack on the Police orderly Insp. Teju Moses, by Prof Zainab Abiola and the continuous abuse of security men and women attached to some civilians in Nigeria.

A viral clip on Wednesday, had trended online showing Insp. Teju Moses the security personnel bleeding profusely in her face.

The group under the aegis of Women Aid Collective (WACOL), ActionAid Nigeria (AAN), among others, expressed worry over the unlawful assault and human rights abuse stating that, this underscores the existing inhuman condition of service which many Nigerian employees are subjected to.

Founding Director WACOL, Prof. Joy Ezeilo demanded a thorough and speedy investigation of the case, with the aim of bringing the suspect and her accomplices to book in the interest of justice.

Ezeilo said the alleged criminal act should be condemned by all Civil Society Organizations (CSOs) and others, especially that a serving officer would be assaulted and brutalized by a fellow female citizen of the country who she is assigned for Police protection.

According to her, “the reported ugly and nefarious act of brutality is despicable and condemnable without equivocation. And to have been perpetrated by supposed civil society actor makes it far more reprehensible and exposes both the legal profession, the academia and the human right family to odium and embarrassment, considering the peculiar background of the suspect, Prof Zainab as a supposed trained and commissioned defender of human rights in the society.

“The law applicable in Nigeria ranging from the 1999 Constitution of the federal republic of Nigeria as amended, the police act, the penal code, criminal code have made copious provision that protect human rights, including that of serving police officers.

“In fact, assaulting a police officer in the course of carrying out official duty is a serious felony (section 365 of the Criminal Code Act). Furthermore, the Violence Against Persons (Prohibition) Act, (VAPP) 2015 and the various corresponding state VAPP laws provide against any form of violence against human persons.

“We call for both a thorough and expeditious investigation of the case in view, with the ultimate aim of bringing the perpetrators of these inhuman act to book in the overall interest of justice.

Speaking further Ezeilo reiterated that, “We maintain at all times that torture, inhuman acts, degrading treatment and punishments constitute violations of constitutionally enshrined rights and there is state responsibility to protect, prevent and remedy such violations whether committed by state or non-state actors (as in this case).

“The full weight of the law must be brought to bear on the perpetrators who abuse their authority and privilege with impunity.

“We urge Nigerians to respect human dignity and the human rights of one another and refrain from inhuman acts. Finally, we must bear in mind that an inhuman act to one remains inhuman treatment to humanity and to all.”

On her part, the Country Director AAN, Ene Obi, applauded the Inspector General of Police (IGP) for acting promptly in responding to rights violations and her immediate arrest.

Obi said this will serve as deterrent to all those abusing the rights of both male and female officers attached to them, that the eyes of the law are alternative to resolving disagreements.

She however, tasked the Police Inspector General on the review of the welfare of officers assigned on special duties, stating in clear terms the roles as Orderlies and Special Duty officers assigned to private citizens.

Also, Chairperson FIDA Abuja branch, Maureen Nwosu pledged her support to the battered Police office in legal action, adding, the Association will ensure a thorough follow up untill justice is seen to be achieved.