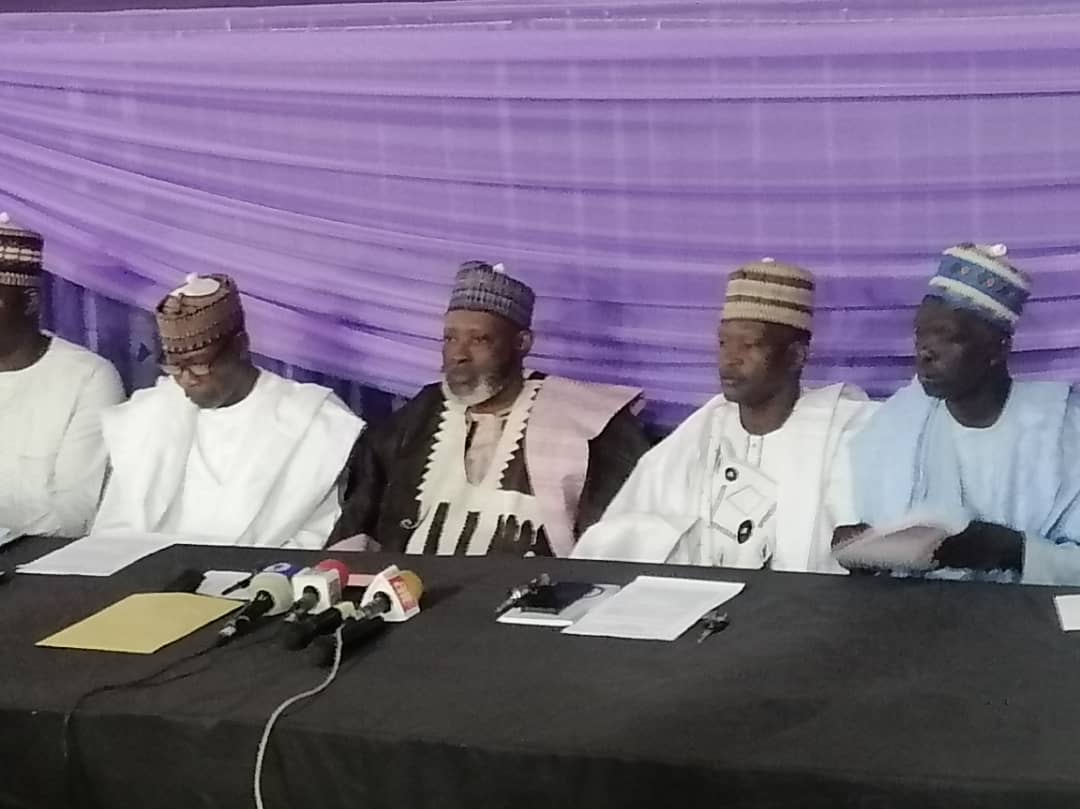 Representatives of the Chibok Community

The people of Chibok local government area of Borno State have decried the neglect of their area by the government, which has left them vulnerable to Boko Haram attacks.

Chibok got famous when on April 14, 2014 Boko Haram invaded a school in their community, abducting over 270 schoolgirls.

Addressing a press conference in Abuja on Saturday, Kibaku Area Development Association (KADA), an association of people from Chibok local government area of Borno State, lamented since the break out of insurgency attacks over a decade ago, their area had been attacked over 72 times, with over 407 persons killed.

The group as lamented that over 332 persons have been abducted in the council, over 20 churches burnt, unquantifiable houses and businesses burnt, vehicles stolen and grains barns burnt or destroyed by the terrorist group.

The group, which was led to the press conference by the National President of KADA, Dauda Iliya said: “We are on behalf of the entire Chibok Community, using this medium to once again call on President Muhammadu Buhari to rescue Chibok Community, an ethnic nationality, from total annihilation by the Boko Haram Terrorists. This is because since the mass abduction of our 276 daughters in April, 2014, wherein 57 escaped (on their own) we still have 110 of them still unaccounted for.

“The parents and the Community have continued to be subjected to persistent and sustained attacks, killings, abductions, maiming, arsons and other myriads of criminality without adequate government protection. Chibok has been for all intents and purposes abandoned to its own devices by all layers of government in Nigeria.
Right from late 2012 up to this time, the statistics of the state of damage and destruction of lives and property inflicted on the Community presents a worrisome and pathetic picture.”

They added that: “The town was practically razed down and virtually all the recently harvested agricultural produce completely burnt down and/or looted. Chibok is predominantly an agrarian community and the whole year’s harvests have been lost to these sustained and targeted attacks posing serious food security concerns in the community.

“We call on all well-meaning Nigerians and Mr. President in particular, to rise up to the occasion and urgently save our people from total annihilation and starvation.”

They asked government to synergize with security forces in confronting the menace so as to end the sustained carnage on the people of Chibok and facilitate the return of the remaining 110 daughters abducted in 2014 and numerous others subsequently abducted at different times; for the immediate setting up of IDP Camps in Chibok town and provide Chibok with skills acquisition centre so as to avoid imminent hunger/starvation.

They also requested the federal government to order deployment of more military personnel as well as better arms to Chibok to halt the continuous attacks on the community and plead with Borno State Governor to do more in organizing and helping the people of the area in securing the state in general and Chibok in particular from attacks.

They condole the Nigerian Army for the loss of gallant soldiers including the very brave Brigadier General B. K. Zirkushu who lost their lives in Askira protecting the people against the invading terrorists on November 13, 2021.