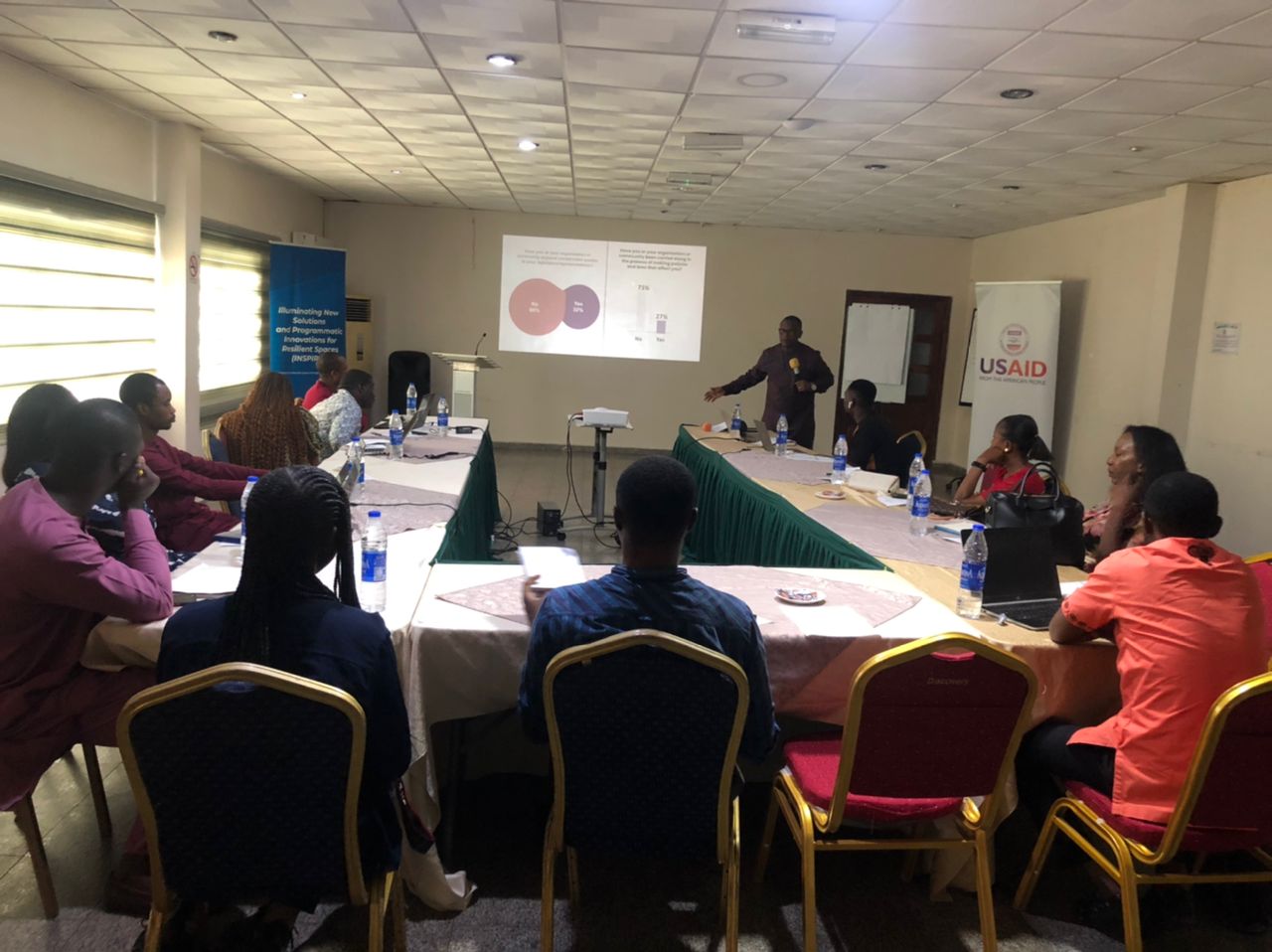 Kimpact Development Initiative (KDI), a civil society organisation has raised concerns over the growing list of human rights abuses and lack of accountability by the Nigerian government,  saying it is crippling democracy and further shrinking the civic space.

The Executive Director, KDI,  Bukola Idowu speaking during a meeting with CSOs in Abuja noted that citizens are aware of their rights to demand accountability from government, but bemoaned failure of government to provide the channels and effective structure, hence denying citizens of their right.

According to him, preliminary findings made from the civic space monitoring done in the 36 states of the federation shows that Citizens legislative process is not exercised, petitions written to the government are ignored, laws and power are taken without public hearing and the rights to protest is being denied. All these, he said has shrunk governments accountability to the society.


The Executive Director further revealed that since 2015, Nigeria, under the President Muhammadu Buhari-led government has witnessed a vicious crackdown on social critics, bloggers, and activists challenging impunity, corruption, and human rights abuses.

“This crackdown adds to the growing list of documented restrictions and human rights violations resulting from official behaviour. Also, there is a tide of restrictive legislation which has caused an uproar in different quarters in Nigeria,” he said.


“These developments have engendered a climate of fear in the country, shrinking the spaces for civic engagement, and as such, there is a need for an effective early warning predictive system for citizens, organizations, the media, and donors to forecast civic shifts towards providing actionable, time-sensitive mitigation strategies to shrinking civic space,” he added


Idowu, therefore called on government  to be more responsive to citizens to promote civic engagement and wholesome democracy.

The survey conducted by KDI aims to identify the impact of the shrinking civic space both in the rural and urban communities across the 36 states of Nigeria, including FCT. The CSO noted that this is to comparatively analyse the effect of the civic space shift on CSOs and citizens’ engagement and how they are responding to some of these shifts despite existing challenges.