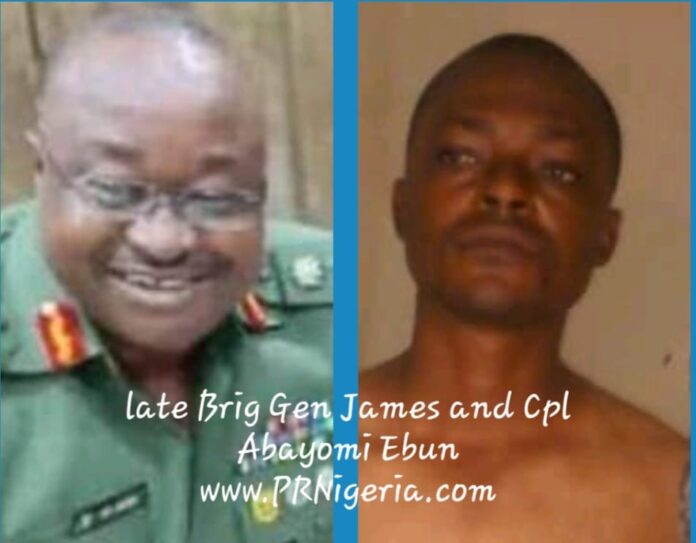 A Corporal in the Nigerian Army, Abayomi Ebun has reportedly crushed to death the Nigerian Armed Forces Resettlement Centre, NAFRC, Director of Finance, Brig. Gen. A. O James, with his car.

It was gathered that the incident happened at the NAFRC Barracks in Lagos.

Cpl. Ebun, who works at the Nigerian Army Resource Centre, NARC, knocked down the NAFRC Finance Director while driving out of the Barracks.

Immediately after the incident, the senior officer, was swiftly evacuated to the NAFRC Medical Center, where doctors at the Centre confirmed him dead.

Gen. James, PRNigeria gathered, was said to be walking to his house within the Barracks when the corporal soldier’s car hit him from behind.

A source at the NAFRC Barracks told journalists  that Ebun was drunk at the time the incident occurred, and was driving recklessly.

“He has been detained by the NAFRC provost for further investigation,” said the source.