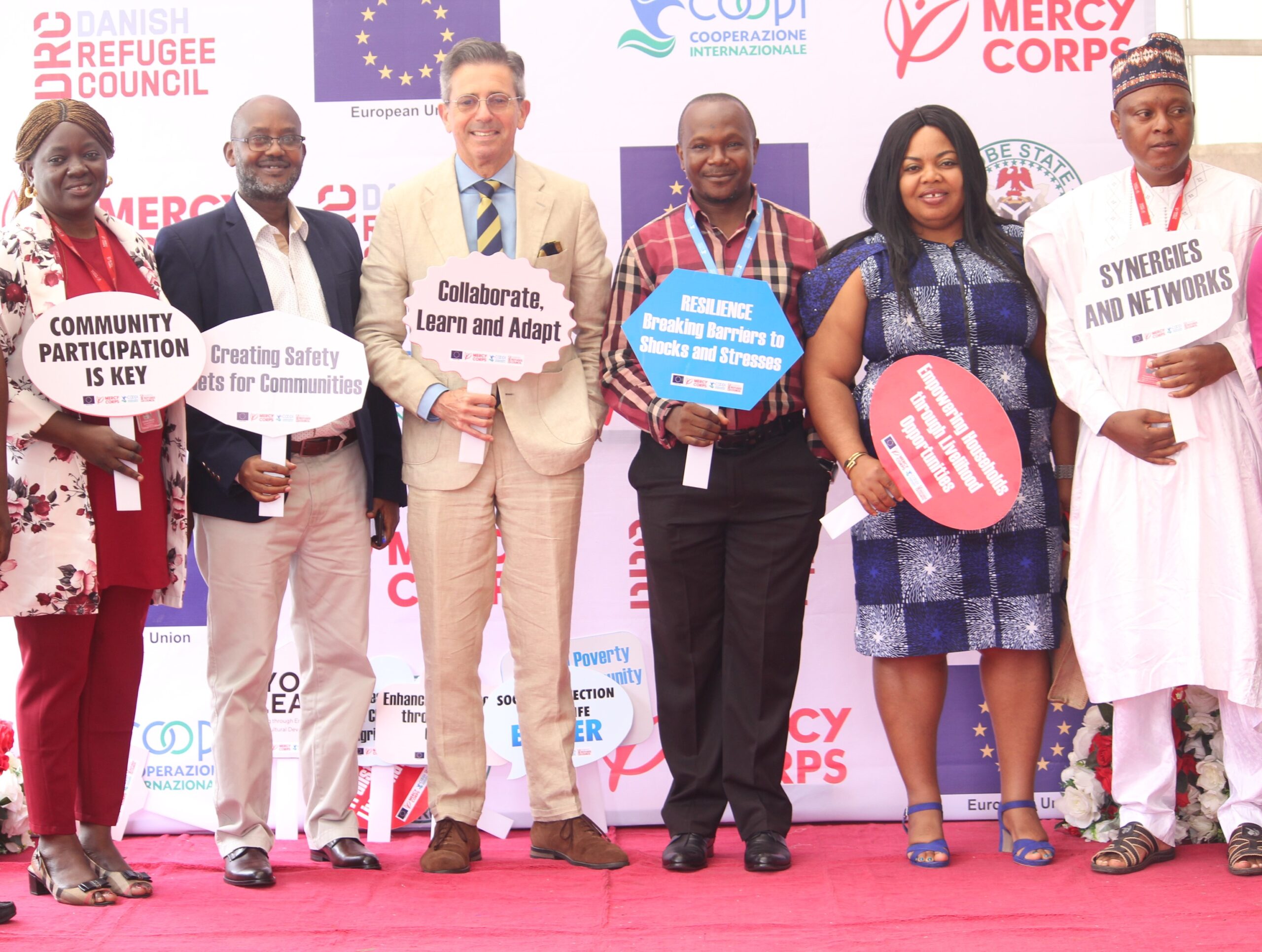 The European Union (EU) and Mercy Corps, a non-governmental organisation have called on the Yobe state government to speed up action on the development of social protection policy in order to cushion the impact of conflicts, and ensure sustainability of ongoing social intervention programmes in the state.


Freeman Muleya, the Program Director BRICC, in his remarks revealed that over 33, 000 people benefited from the program. He said the interventions include ; financial inclusion, agriculture, impulse and market system, youth empowerment, restoration of basic amenities and facilitation of citizens engagement in governance processes.


“As the project closeout in July, over 33,000 poor and vulnerable households have received unconditional cash support, with 281 saving groups established. In addition to 9,000 smallholder farmers trained and supported on climate-smart agriculture, 6000 youths received vocational, entrepreneurship skills training, and cash grants to start up new and expand existing businesses,”Muleya said .

Ndubisi Anyanwu, Mercy Corps Nigeria Country Director stated that  one of the laudable impacts of the project was the support to Yobe in the development of its social protection policy.


“Social protection is one of the core pillars for recovery. It provides a guideline for how the government can address the basic needs of its vulnerable dependents With this policy, key interventions in health, food security, education, economic empowerment, and
financial support can be implemented by the state with support from partners. The final copy Of the policy is with the government, which we hope will be signed off by the Executive Governor soon,” he said.

He said, “The European Union’s goal for the sustainability of intervention projects is that government institutions are strengthened to continue to deliver life-changing interventions such as those implemented by BRICC.

“The EU will continue to work with the governments and other partners to address the challenges faced by the people who have been affected by the insurgency in the North-East. The successes recorded by this programme is an example of what we can achieve by working together. It is our hope that building of these achievements, the Government of Yobe State will scale up and sustain these laudable programmes for the betterment of the people of the state,” he further said.