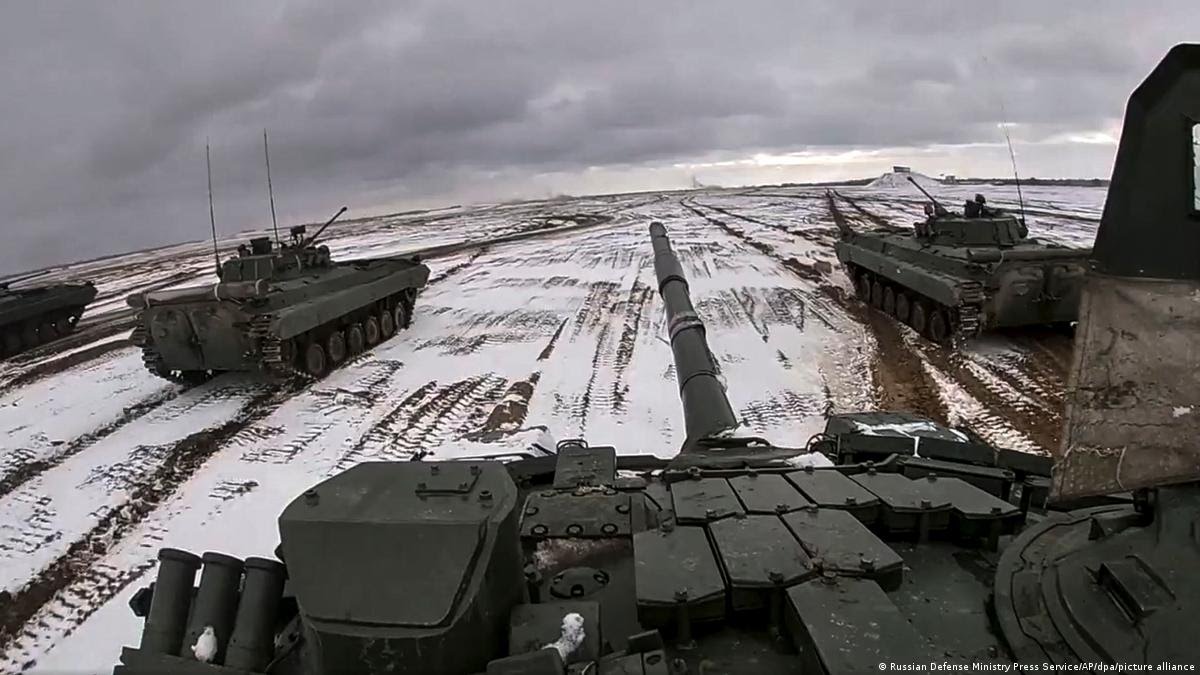 European countries bought 19% more major arms in the five years to 2021 than they did in the five years before that, even though the global figure was down 4.6%, reflecting the building tensions with Russia, a Swedish watchdog said in a report released Monday.

The largest European arms importers were Britain, Norway and the Netherlands, the Stockholm International Peace Research Institute, or SIPRI, said. Other nations in Europe are also expected to increase their arms imports significantly over the coming decade, having recently placed large orders for major arms, in particular combat aircraft from the United States.

“The severe deterioration in relations between most European states and Russia was an important driver of growth in European arms imports, especially for states that cannot meet all their requirements through their national arms industries,” said Pieter D. Wezeman, a senior researcher with SIPRI’s arms transfer program.

Arms exports from the largest seller, the United States, grew by 14%, increasing its global share from 32% to 39%. That included a 106% rise in deliveries of major arms to Saudi Arabia.

Russian exports shrank by 26% to give it a 19% share of the global market. SIPRI said the fall was almost entirely due to a fall in arms deliveries to India and Vietnam, noting that several large arms deliveries from Russia to India are expected in the coming years.

Fourth-placed China saw international sales decline by 31%, and fifth-placed Germany’s exports were down by 19%.

Globally, “whereas there were some positive developments, including South American arms imports reaching their lowest level in 50 years, increasing or continuing high rates of weapons imports to places like Europe, East Asia, Oceania and the Middle East contributed to worrying arms build-ups,” Wezeman said.

Europe is the main focus for weapons exporters

Even before the Ukraine war broke out, European weapons imports saw a marked increase, according to the Stockholm International Peace Research Institute SIPRI. And the figures for 2021 were a sign of things to come.

Figures on global arms sales take on a special significance against the backdrop of a war in Europe. The Stockholm Peace Research Institute (SIPRI) compared weapons trade figures from 2017 to 2021 with the previous five-year period and found an indication of an enormous increase in tension across Europe before the current escalation.

While global trade in major arms declined by 4.6%, European countries increased their arms purchases by 19%, which amounts to the biggest increase of all world regions. Pieter Wezeman, one of the authors of the SIPRI study, called this a “worrying arms build-up”.

Ian Anthony, SIPRI program director for European Security, told DW that the latest figures reflect Europe’s response to Russia’s annexation of the Crimean Peninsula in 2014 and Russia’s aggression in the Donbas region: NATO allies then committed themselves to “reverse the trend of declining defense budgets.”

“What you see reflected in the numbers now is largely a consequence of implementing that decision,” Anthony said.

Arms sales by Russia, the world’s No. 2 exporter, after the United States, fell by 26%. This can, however, be explained by a drop in orders from just two countries: India and Vietnam. The SIPRI researchers expect India to resume substantial arms purchases from Russia in the coming years.

Germany is the world’s fifth-largest exporter, but its arms exports went down by 19% in the five-year period under investigation. US  arms exports increased by 14% in the same time period, and those of France, ranked third in the world, increased by as much as 59%.

Even though the SIPRI figures only cover the period through the end of last year, the escalating Russia-Ukraine conflict was already casting its shadow. “The marked deterioration in relations between most European states and Russia was an important driver of growth in European arms imports,” Wezeman writes, “especially among states that cannot fully meet their needs through their own defense industries.”

Arms deals also played an important role “in transatlantic security relations.” The United States was by far the main supplier to the Europeans, especially of combat aircraft. The United Kingdom, Norway, and the Netherlands together ordered 71 US F-35 fighters. In 2020/21, more orders were added by countries that feel particularly threatened by Russia: Finland and Poland put in orders for 64 and 32 F-35 aircraft respectively. Germany, meanwhile, ordered five P-8A anti-submarine aircraft from the United States.

Ukraine’s arms imports from 2017 to 2021 were very limited. The low level of arms transfers to Ukraine, according to SIPRI is partly explained by the country’s limited financial resources. But also by the fact that it has its own arms-production capabilities and a large existing arsenal of major arms, predominantly from the Soviet times.

Deliveries of arms to Ukraine generally had more of a political than military significance, the SIPRI report points out, and “by February 2022, several of the major arms exporters had restricted their sales to Ukraine out of concern that they would fuel the conflict.”

What Ukraine did purchase was 12 combat drones from Turkey, 540 anti-tank missiles from the US, 87 armored vehicles and 56 pieces of artillery from the Czech Republic.

Those Turkish Bayraktar drones are in operation in the current conflict, as are the US-made Javelin anti-tank missiles, which account for several of the images of destroyed Russian tanks and other armored vehicles.

“There is no single weapons system that will determine the outcome of the current war,” Anthony said. “Russia’s focus on siege warfare, the use of heavy artillery, and inaccurate bombardment from the air is a reminder that any talk of new technologies being decisive on a battlefield must be treated with caution.”

Anthony expects the conflict to have consequences beyond the trade in weapons for the coming years. “The war in Ukraine has already fundamentally changed the political-military geography of Europe,” he said. “There are no longer any illusions about cooperating with Russia in a comprehensive security concept, as was agreed in the 1990s. Russia cannot be a partner for an indefinite future.”

Russia’s attack on Ukraine also entitles NATO to abandon its previous deference to Russia in its eastern member states, Anthony said: “NATO is now absolved of the commitments it made to Russia to permanently deploy major combat units in those countries.”

“The outcome of the war in Ukraine will determine where the line of contact between NATO and Russia is redrawn,” Anthony said. “But NATO is now released from the promises it gave Russia on the permanent stationing of significant combat forces in central Europe and the promises on the configuration of nuclear forces to support extended deterrence.”

The DW article was originally written in German