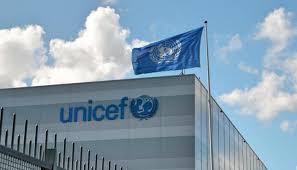 The Nigerian govenrnent and the United Nations Children Fund (UNICEF) has signed an agreement on the protection and welfare of children encountered by Nigerian Security Agencies during military operations.

The handover protocol is the first civil human rights instrument to specifically cover the transfer, custody, and care of children in north-east Nigeria and minors from other nationalities who escaped or were rescued from armed groups.

Under the new protocol, children either recruited and used as child soldiers or detained on the suspicion of affiliation to armed groups shall be immediately or within a maximum of seven days be transferred to safe shelters where they can access basic services, including medical, food and psychosocial support.

Children played no part in the creation of the conflict that has ravaged north-east Nigeria, decimated livelihoods and disrupted the provision of the most basic services. More than 6,400 grave violations of children’s rights in the region have been verified since the start of the conflict, while 5.4million children currently need urgent humanitarian assistance. Food insecurity, acute malnutrition, recruitment and use of children by armed groups, abductions as well as killings of children are some of the devastating badges of the protracted conflict.

According to UNICEF between 2013 and 2020, more than 4,787 children were killed in Adamawa, Borno and Yobe States, according to the Monitoring and Reporting Mechanism (MRM) established by the United Nations in 2014. Since the beginning of the conflict, more than 90 per cent of indirect deaths, about 324,000, were of under-five children, it added.

“Today marks the beginning of a long recovery process for millions of conflict-affected children in north-east Nigeria,’’  Cristian Munduate, UNICEF Representative in Nigeria was quoted in a statement signed by Folashade Adebayo, Communication Officer, UNICEF.

“Today, we choose to stand up for children against the violation of their rights and the abduction of our future. This protocol represents a safety net and a voice for helpless children.”

“Now, we must work harder to prevent abductions and the recruitment and use of children by armed groups. We must ensure that no child encountered during counter-offensives languish in the custody of security agencies. UNICEF is excited about the prospect of recovery for children caught in the web of armed conflict and the impact of their healing on our world,’’ Munduate further said.