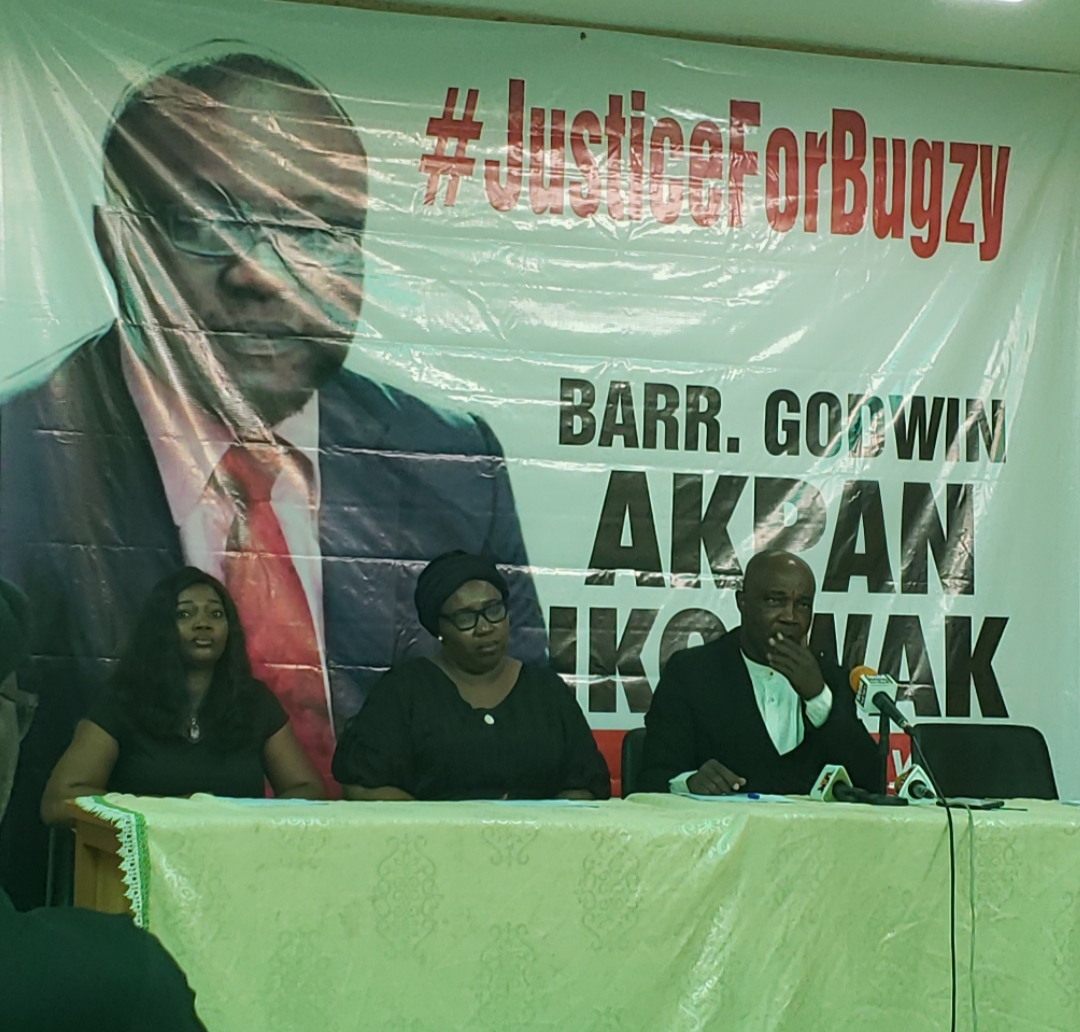 The Federal government, jointly with the Inspector General of Police and the Akwa Ibom State Government have been called upon to investigate an alleged conspiracy surrounding the death of State Prosecutor at the Ministry of Justice in Akwa Ibom State, Mr. Godwin Ikoiwak.

The Family members of the Legal Practitioner and Class of 2005 Law Graduates of the University of Calabar who made the appeal at a Media Conference in Abuja, stated that deceased did not die of natural causes as there appeared to be foul play in the events leading up to his death.

According to her, the family had discovered severe bruises and injuries on late Godwin’s body, including a deep cut on his left eye with marks to his legs and hands, an indication that he had been tied up.

She said following the revelation, the family requested for a full autopsy with toxicology where it was revealed that, Godwin been bounded, held down and forced to ingest a very toxic substance, a popular rat poison called Sniper and locally known as Otapiapia.

Miss Ikoiwak stressed that efforts by the family to reconcile the result of the latest autopsy with the earlier report of cause of death as told by late Godwin’s and the Chief Medical Director of the Hospital who certified the cause of death as asthmatic attack, had resulted in a full blow crisis.

Miss Ikoiwak added that, the insistence of the family to unravel the cause of death and effect arrest of suspected persons had turned out futile.

The family is therefore appealing to the IGP, the Stae Governor, Human Rights Commission and to look into the matter and bring to justice the perpetrators of the alleged brutal murder of Godwin Ikoiwak.

They however stated that they had made two petitions to the police, seeking a proper commencement of the process into finding the cause of death and ensure prosecution of any culprit.