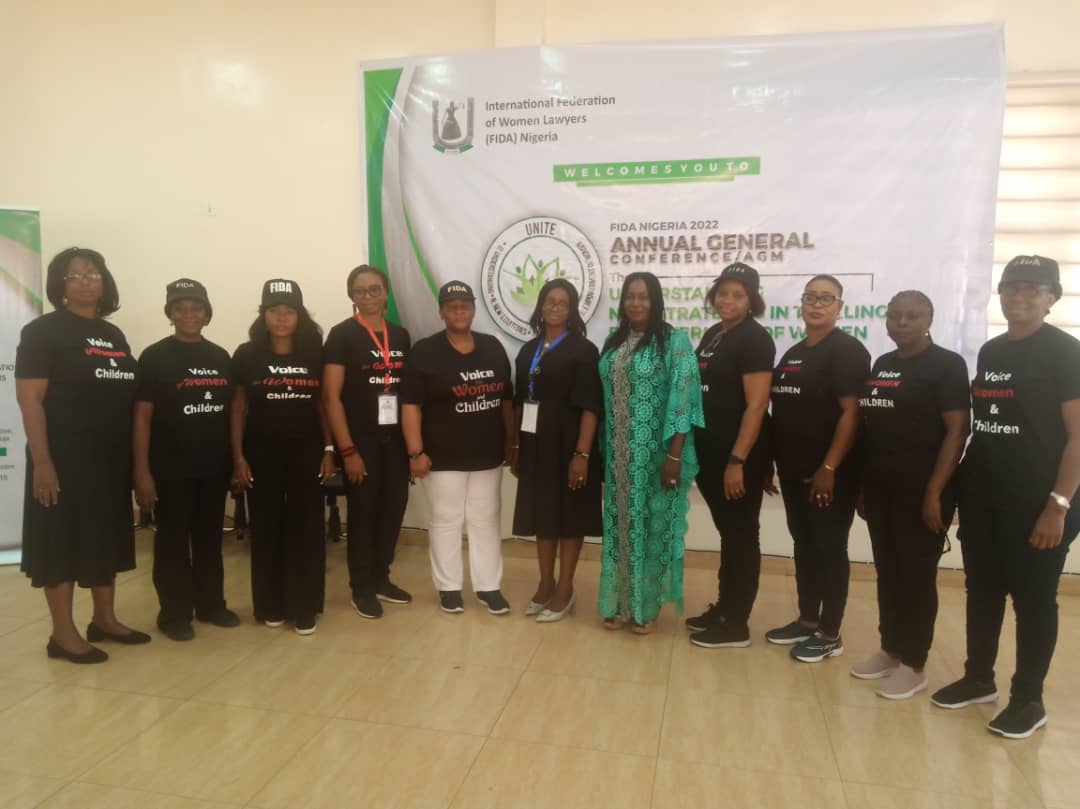 The International Federation of Women Lawyers (FIDA), a Non-Governmental Organisation(NGO) has called for collaborations between stakeholders to make concerted efforts to win the fight against all forms of violence against women and children.

Agbaje charged stakeholders to maintain partnership and move away from the conventional ways of dealing with the issues of gender based violence and think outside the box, adding the world is dynamic and changing.

She maintained that, the fight against violence on women and children are hampered by the culture of silence, stating the reactions from family members and the society make it difficult for survivors to speak out and seek justice.

“Breaking the culture of silence is one of the most important ways of creating an enabling environment for women to speak out and report cases of gender based violence.

“Far too often issues of gender based violence are silenced in fear for the reaction of family members and society.

Speaking further, Agbaje acknowledged the vital role played by the media noting the struggle of women and children protection in Nigeria can not be complete without the media.

She said, “we should come together as different organizations that are dealing with the issues of women and children, and particularly in partnership with the media….as they have helped in causing positive change of negative cultural norms.”

On her part, the former Country Vice President/ National President FIDA, Rhoda Tyoden admonished stakeholders on the need to avoid revictimization of survivors as this will further enhance the culture of silence.

Tyoden charged women to amplify their voices as it is women that are in the forefront and bear the brunt,” so what better voices to echo the issues of women.”

Responding to fielded questions the President Nigerian Association of Women Journalists (NAWOJ) Ladi Bala, disclosed that journalist are sometimes hindered from carrying out indepth report due to scarce resources.

Bala stated that “Journalist do not have the resources to follow to conclusion some stories as they are competing stories out there and when interest is shown sometimes the family may not want to grant interview.

“We are also face with the issue of constitutional barriers, when following up a story, the police may not be forth coming, staying on this kind of report can be frustrating, and also the question of not knowing if a desired end will be achieved.

“When you follow up a story and you are getting the right responses from the people and institutions you have a course to pursue it to a reasonable end because it will make impact and add value to what you do.

Every journalist want to stand out. The major problem is the institution and the resources to follow up such stories.

The NAWOJ president said, “it is the mindset as long as they are not in tune with our belief system, the only way out of this is to get the journalist understand the issues adequately. That is why we keep emphasizing the need for training and retraining of journalists to understand the dynamics.

“The only way out is to have a reorientation of the mind, that women issues should be seen from a professional point of view. Even though the change is slow, the narrative is changing as the language and the focus is now on the perpetrators not the survivors.”