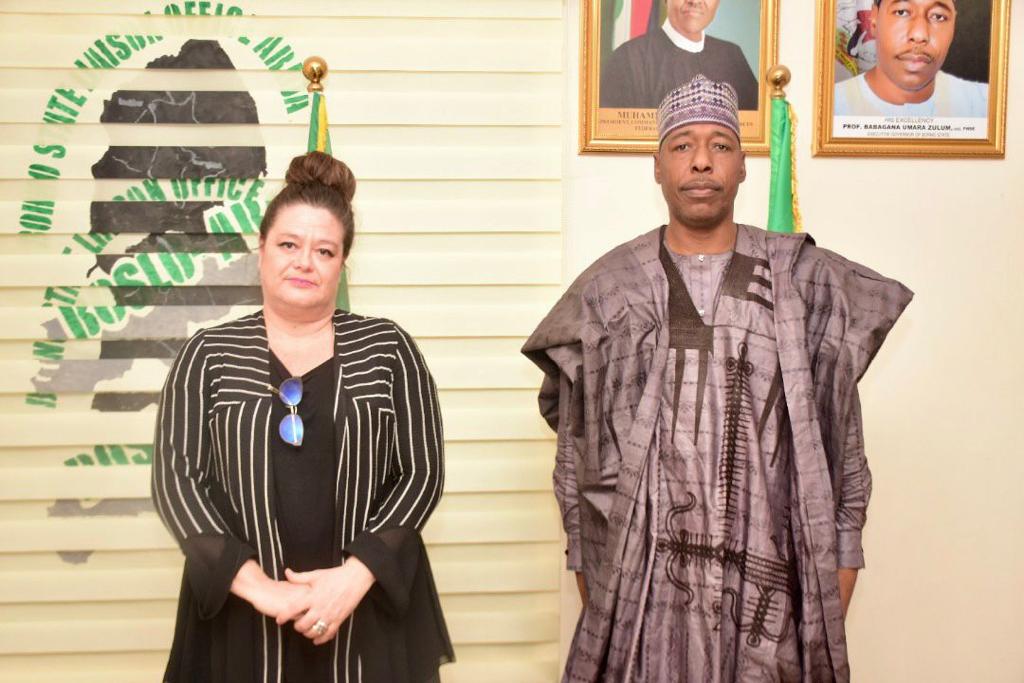 The French Ambassador to Nigeria, Ambassador Emmanuelle Bultmann said her country plans to partner with Borno State on development of agriculture, education, and the resettlement of IDPs.

Amb. Bultmann announced this on Wednesday when she paid a courtesy visit to Governor Babagana Umara Zulum at the Borno State Liaison office in Abuja.

The Ambassador noted that her country will collaborate with the Government of Borno on Agriculture to boost the means of the livelihoods, particularly for the returning IDPs.

She assured the Governor that the French Government will support Borno’s resettlement plan, stressing living in IDP camps does not give a good life to the displaced persons.

Responding, Governor Zulum expressed appreciation to the Ambassador for all the efforts they have been putting to bring lasting peace in Borno.

On the closure of IDP camps, Zulum said it was in response to the people’s yearning to return to their ancestral homes and pick up the pieces of their lives.

Zulum however pointed out that while the State recognizes and appreciates the works of NGOs and other partners in Borno, the State should take a leading role in determining affairs.