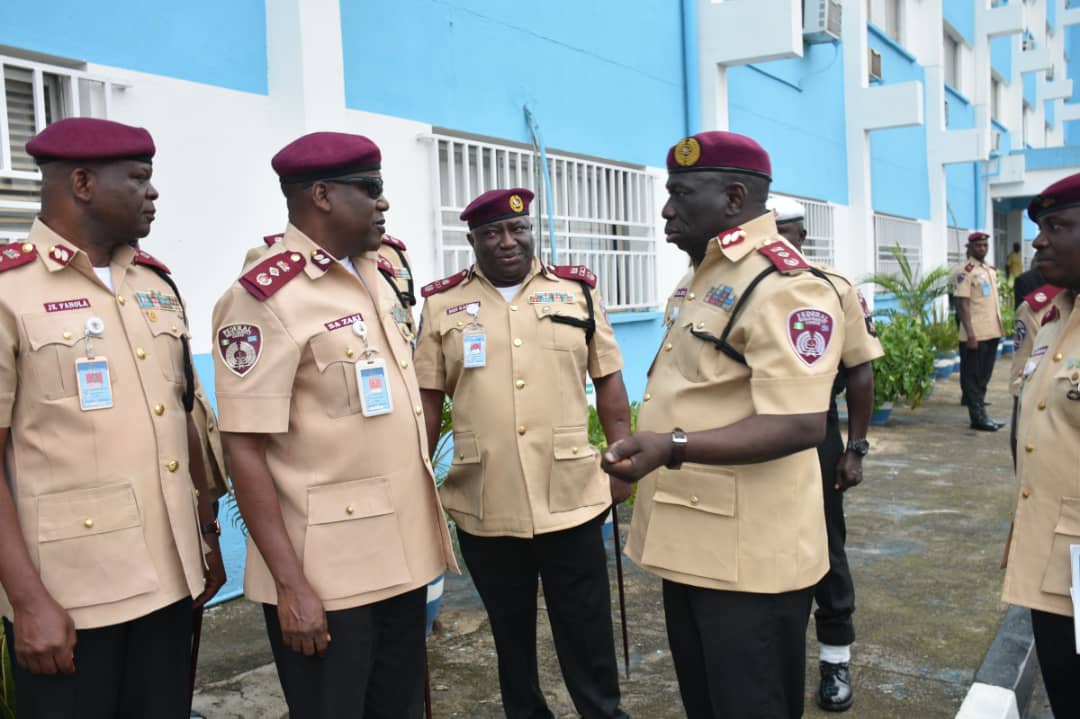 The Federal Road Safety Corps (FRSC) has refuted the belief by the general public that its personnel have started carrying guns or any other firearms for patrol or any other official duty.

This was contained in a statement by Corps Public Education Officer

FRSC Headquarters Assistant Corps Marshal Bisi Kazeem fsi,Sunday in Abuja, calling on citizens to ”desist from believing such fake images as the Corps continues in committing itself to making the roads safer for all to use.

”This information has become very pertinent following the image of an operative who was captured on camera carrying firearms in a position that suggests he was on official duty.

”The viral report should be disregarded in totality as it’s just an old and recirculated image of an overzealous staff who posed with a rifle belonging to a sister agency’s staff in admiration and ignorance in 2018. The said staff has since been punished according to existing maintenance of discipline of the Corps,” the statement explained.