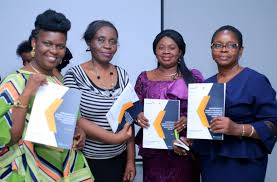 The Kebetkache Women Development and Resource Center (KWDRC), has advocated for the participation and involvement of women in decision making as well as gaining right to inherit properties in the Niger Delta.

Director of the center, Emem Okon made the call in Abuja during an interactive meeting with leaders of women network on consent right, noting that there have been a deliberate exclusion of women in policy making and governance in the region.

According to Okon, the needs and consent right of women are not taken into consideration in the processes of identifying community project to resolve degradation of the environment caused by oil spillage by extraction companies and government agencies.

“Their consent rights are not exercised as they are excluded from most of the processes, their needs are not met, their concerns are not taken into consideration. Let the projects carried out address their concerns within the community.

“So when the women say that the oil companies have not done anything. And the company on the other hand say they have released millions of naira for corporate social responsibility. Women are not wrong because they are not part of thrse processes.

“Some of the companies implement a global memorandum of understanding for instance, Shell has cluster development boards and Community Trust, Chevron has the Regional Development Councils, but are women included?

“What we are doing is empowering women so that they will not remain as victims every time but be among when decision are taken, not just in numbers, but let their voices matter, let there needs be taken into consideration.

Coordinator Msa Okase Initiative Eleme
Dr. Patience Osaroejiji, expressed worry over the effects of pollution in the region as oil spill have destroyed available lands women use in farming denying them their basic means of livelihood.

Osaroejiji lamented that women are denied gaining inheritance to properties in their birth homes as well as marital places, adding, they are second class citizens in their own community.

She said, “one time we invited over a hundred traditional leaders to one of our session to discuss this issue of women exclusion in the region, none of them showed up except a spokesman to one of the traditional rulers who outrightly told us that the available properties are not enough for men,to begin to consider sharing it with women.

“These traditions are that, once you are married out, you don’t have anything. You cannot inherit your father’s properties and you cannot inherit in your husband’s place, it has not been very easy with us.

On her part, National Network Coordinator For the West African Network of Peacebuilding, Chief Bridget Osakwe maintained that concerted efforts will continue to be engaged untill women are given their rightful place and the provision needed to live a healthy life is attained.

“There are three Germane issues that must be put forward from today’s conversation. One, access to water, a right to clean water. We know that there’s a saying that water is life so why do you want to take away that from women, constitutionally you do not have the right to do so because you know the onus of providing clean water for the family is on women. So it is imperative that we are deliberate and intentional about making the right to water a reality.

“Secondly is inclusion, having rights to decision making processes at all levels, especially at the community level.

“The third is about inheritance rights. Women are disinherited from their father’s house and from their husbands, so statelessness for women. And you say we should not complain? We will continue to agitate until we see that this issues are tackled rightly,” she stressed.