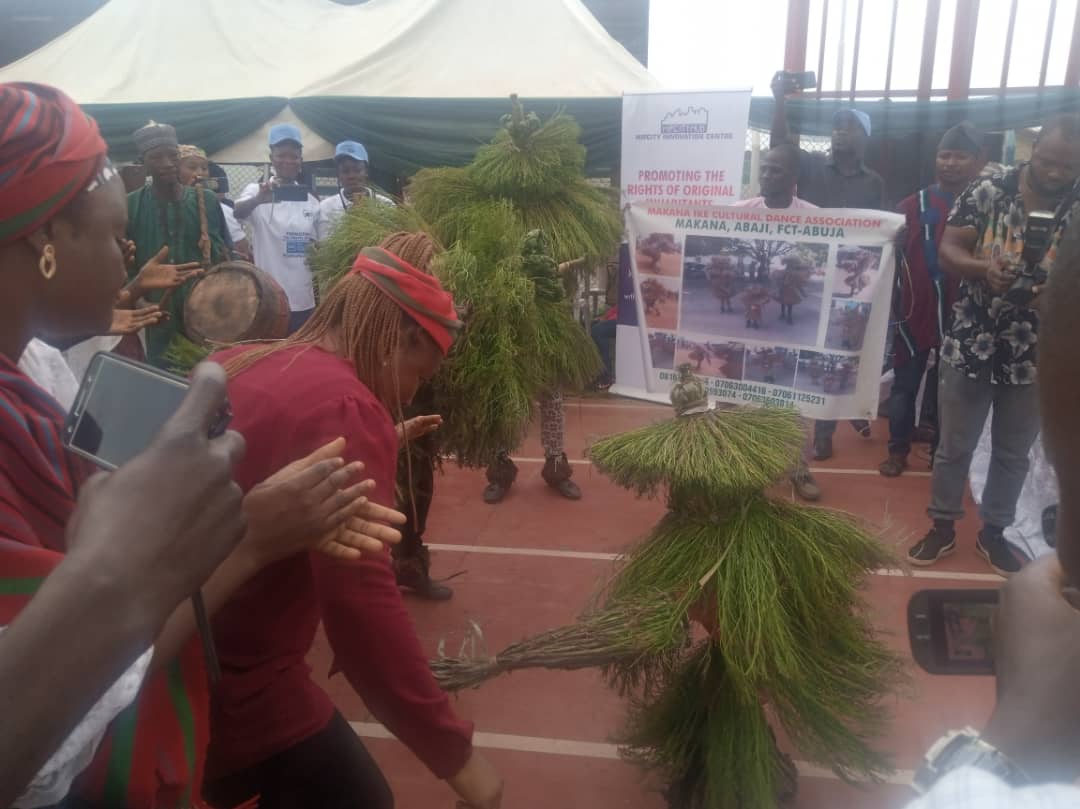 Resource Centre for Human Rights and Education (CHRICED) has called out the Federal Government on the  take over of the Federal Capital Territory (FCT) Original Inhabitants (OI) ancestral lands, noting this as a hijack of their cultural heritage.

Speaking at the ‘Grand Cultural Rally of the FCT Original Inhabitants’ on Monday, in Abuja, the Executive Director CHRICED, Dr. Ibrahim  Zikirullahi calls for concerted efforts to advance the issues of the OIs.

According to Zikirullahi, “the FCT original inhabitants  are people that have been deprived over time,who need to be recognized for the sacrifices they have made,because the compensation can not equal the sacrifices made.”

The Executive Director in rhetorics queried, “Do you know what it means to have your ancestral land taken over, a place where you buried your loved ones that holds the history and background of your family?

“These are the lands use to build the Aso Villa, National Assembly an the rest, most of these places are the graves of our family members, we cannot visit the grave of those who are very important to our history, and this is very sad,” he said.

Zikirullahi further stated that, the government need to listen to their cry and find a resolve as leaving them out of the scheme of things for a sacrifice made out of their good nature is in bad faith.

Also, Princess of Iku Village in Bwari Area Council, Ambassador Sylvia Sarki  charges the government on the rightful treatment of the Original Inhabitants stating their call for following due process should not be undermined.

Sarki noted that “when you see an OI, what comes to your mind is a peaceful man or  peaceful woman. Because we are all known as peaceful people. And I feel that is why we are taken for granted.”

The former National President of the Association of Nigerian Female Student while Speaking on the Gbagyi Culture said, “our culture is so wide and broad, the history of the Gbagyi people  touches almost all the areas of the northern part of Nigeria.

“We feel the head comprises of many body organs so we respect the head, we are of the view that if the head is affected, this can destroy many of the body organs and such we do not carry objects on our head but on the shoulder.

“Our dance steps comes from the heart and spirit,the drums inspires our steps
and are taken with a peaceful movement. We don’t rush while dancing. We take it smoothly. And you the viewers enjoy watching us dance.

On a his part, the  District Head of Kuchigoro community, Umaru Maikasuwa re-emphasized the need for adequate compensation of the land  taking over  by the Federal Government stating their inability to move ahead in the country as a result of deprivation and neglect.