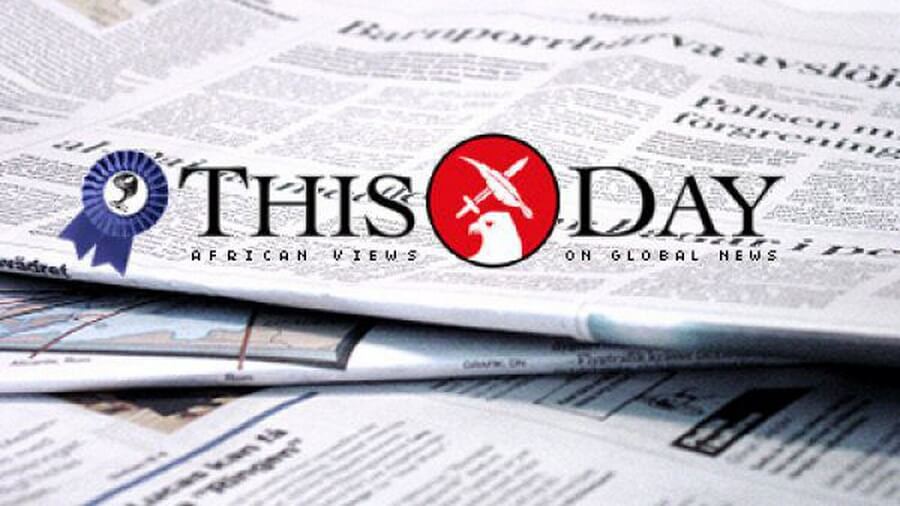 Ten years after suicide bombers hit THISDAY offices in Abuja and Kaduna, again some unknown gunmen numbering up to eight stormed the Utako, Abuja office of the newspaper in the early hours of yesterday.

Like the suicide bomber, the armed men came in through the back fence of the company’s premises.

Although the mission of the armed men, who arrived the premises at about 3.am on Friday has yet to be ascertained, the company’s private security men, who were on duty, said the armed men subjected everyone on duty, mostly the production staff members, to inhuman treatment – threatening to kill all of them if they attempted to alert policemen.

The armed men, who left after about 45 minutes of frightening operation, vowed to come back again in the days ahead.

“Thank God they came when we were not in the office, about eight of them came in and passed through the back door, broke the padlock. The circulation staff ran away for their dear life after they had attempted to stab one of them but they left him because he spoke Hausa. Somehow the armed men retreated, maybe because they saw security personnel.  I am afraid to go to the office. I am still in shock. I just thank God nobody was killed,” a staff told GLOBAL SENTINEL

Meanwhile, the THISDAY management, has since reported the matter at the Divisional Police Headquarters, in Utako, Abuja.

On April 26, 2012, some suicide bombers hit THISDAY offices in Abuja and Kano, killing at least 11 persons. However, while rescue was ongoing in Abuja in the wake of the attack, another explosion went off in its Kaduna office.

The Kaduna attack occurred in Kontagora Road by Ahmadu Bello Way, Kaduna, at a building housing some media houses, which included THISDAY and The Sun newspapers.

Two security men and the suicide bomber, who came in a Sport Utility Vehicle, died in the Abuja attack, while five other support staff sustained injuries.