How climate change is fuelling insecurity in Nigeria – Experts 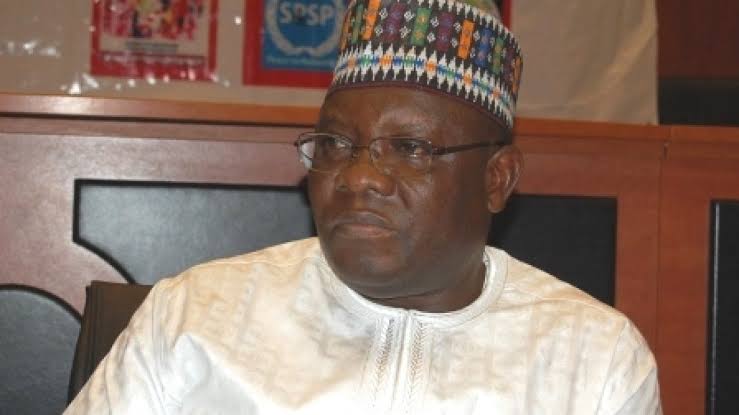 Stakeholders in the peace and conflict sector say the persisting insecurity in Nigeria, including clashes between farmers/herders, is being driven by climate change.

The stakeholders spoke at a two-day international dialogue forum on the prosperity and peace nexus in the context of increasing climate, conflict and food insecurity on Wednesday, in Abuja.

The Director General, Institute for Peace and Conflict Resolution (IPCR), Bakut Tswah Bakut, lamented that climate change has increased the severity of natural catastrophes, therefore, the supply of natural resources is threatened by desertification, drought, floods, and sea level rise.

According to him, climate change fuels long-standing rivalries and violence by drying up the sources of subsistence for populations who depend primarily on natural resources because of its warmer and more vulnerable climate as well as its rapid population growth.

He said, “As a result of environmental degradation, causing loss, with more frequent droughts, desertification, and a shorter rainy season, climate change has further deteriorated the land decision and water supplies. It is obvious from the complexity that the contribution of climate change to violence can only be understood in the context of the production process.

“The region is experiencing a developing pattern of from the north to south and rural-urban migration because of natural circumstances, the deep water crisis is a constraining element for development. Because of its unequal distribution, low accessibility due to undeveloped hydraulic supply infrastructure and cross border nature.”

“Unique to local and national contexts. conflicts over depletes natural resources, particularly those concerning access to water, and arable land, this continues to exacerbate existing tension in these regions where these conflicts seldom result in fatalities, they are reversible enough to impede economic development, which is fundamental to human rights,” he further said.

Speaking further he noted, “While we are touching on the cause for immediate action, to mitigate climate change, and its effects on resilience, and adaptive capacity to climate-related hazards and natural disasters in all countries, we must take into cognisance integration of climate change measures, international policies, strategic strategies, planning and promoting mechanisms of raising capacity for effective climate change.

Dr Freedom Onuoha, a senior lecturer, Department of Political Science, University of Nigeria, Nsukka,  reiterated the adverse effect of climate change as it relates to peace and prosperity, adding that climate change, conflict and food insecurity are factors of adverse change in the country.

Onouha asserted that “The convergence of climate change, conflict and insecurity have a lot of bearing on the potentials of us enjoying peace and prosperity, there is a whole lot of connection, between climate change and insecurity, we are having challenges that have to do with terrorists, bandits and stuff like that. They’re attacking farmers, so who is going to produce what we are going to eat?

“The consequence of climate change is an increasing incidence of droughts, once you have droughts in some areas, the tendency is that the productivity level of arable land drops. So when it drops, livelihood collapse, this becomes the first major impact and it’s playing out in the Northeast. So when people are losing their basic means of livelihood, definitely the first principle of existence is survival. You just have to survive. And so when there are no legitimate opportunities for these people to take up a livelihood, or income, an opportunity, then they go to criminality.

“If you want to talk about peace as an absence of violence, or the right conditions that are preventing the degeneration of violence, if you are very sincere, you will know that we are actually at the negative spectrum, looking at the number of persons being killed daily in Nigeria.

“This country I think is losing it. We are actually at our lowest, and at the negative aspects of these measures, Nigeria is a country that is extremely vulnerable and is going to be exposed to the detrimental effects of climate change, but our hope is not lost.

On her part, Prof. Joy Ezeilo, Founder of Women Aid Collective (WACOL) expresses worry over the impact of the increasing effects of climate change, insecurity and food insecurity on women. Stressing women is always at the receiving end of ill-treatment in every situation.

Ezeilo noted the increasing danger women face as economic situations get tough and alternatives are sought to run the homestead which has, in turn, made them an endangered species.

She said, “climate change has not made life easy for women either, as gas is too expensive and most family result to using firewoods to cook and some women have been raped in the bush when going to fetch firewood.

“The tussle for arable land has further ignited the tradition of denying women landed inheritance as they are being chased out of lands that should be rightfully theirs.

“The problem of insecurity is also heavy on women as when kidnapped they are raped as well, with some being pregnant, or going through an abortion. These changes are not favourable to women in whichever context, as the women bear the brunt of hardship in the society more than any other.”