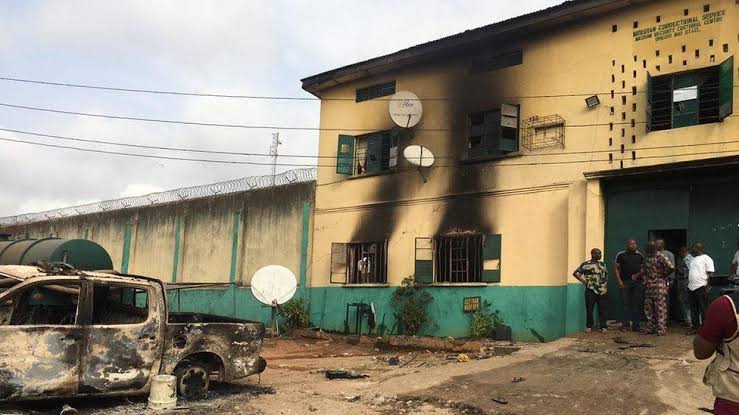 the later update that emerged, the source said the attackers used three bombs and forcibly gained control of four entry and exit points.

The prison facility came under attack around 10:27 p.m and lasted for about 20 minutes with sporiadic gun shots and bomb explosions.

High profile criminals, apprehended Boko Haram terrorists, armed robbers among otherd are held in the prison. The Nigeria corecetional services told newsmen that up to 600 hardened criminals  were freed during the attack.

The Department of State Security Services had received intelligence reports of the high possibility of an attack.