If New Looks could kill: Russia’s military capability in 2022 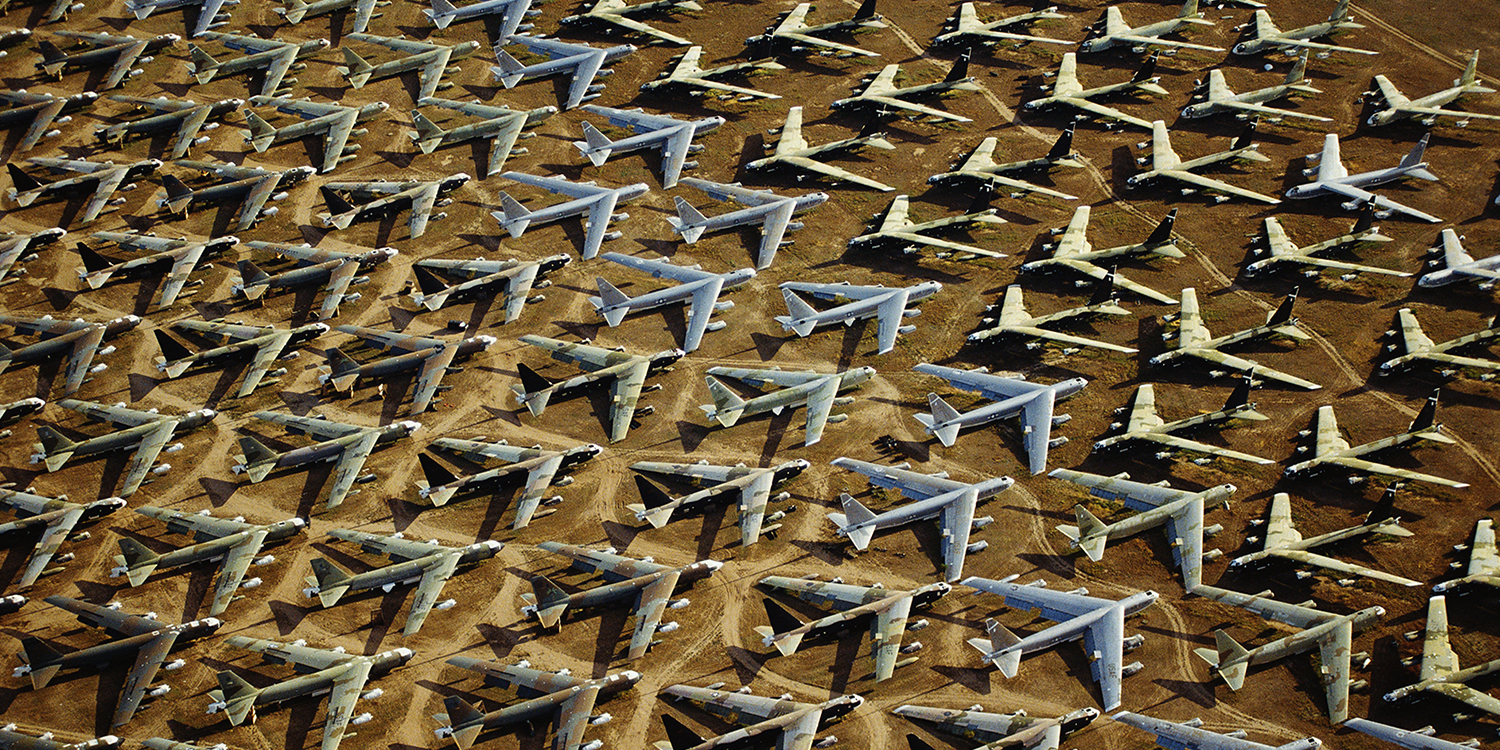 •The deployment of Russian troops and equipment to areas close to Ukraine has led to much attention on Russia’s armed forces and alarm over Moscow’s intentions towards Ukraine.

The New Look military modernisation process, that began in late 2008, has made Russia a far more capable military power today than at any time since the dissolution of the Soviet Union. There were previous attempts to reform Russia’s armed forces, including in the 1980s and 1990s. But the lacklustre performance in the October 2008 war with Georgia, renewed political will and an upturn in finances combined to kick-start the New Look. The State Armament Programme 2011–20 proved particularly important in delivering re-equipment ambitions.

Progress has been uneven across the services, with the strategic forces and aerospace forces faring best and, alongside the navy, generally possessing more modern equipment than the ground forces. Command and control has also been the focus of attention, both in the services and at a higher-level: a National Defence Management Centre was established in 2014.

Russia’s armed forces gained valuable operational experience through successful military interventions in Crimea, in the covert campaign in eastern Ukraine and in the conflict in Syria. Many of Russia’s senior military commanders served in Syria and, in contrast to the situation in 2008 when some combat aircrew in Georgia had to be recalled from test centres, the Russian pilots deployed to Syria were from frontline squadrons. Another objective was to finally move away from the Soviet mass mobilisation model and generate a force not dependent on conscription and mobilisation. Overall, the initiative to develop a contract service cadre of professionals has been successful, not just in changing the balance of the armed forces away from conscripts to contract service personnel, but also in increasing readiness.

Russia’s ground forces have changed significantly since the New Look began. New equipment has arrived, but not in the quantities first envisaged. Instead, there has been focus on modernising platforms already in service and the integration of more precise and longer-range weapons.

Perhaps the land forces’ greatest change has been in terms of organisation and personnel. In the New Look’s early years, authorities planned to transform the ground forces so that their principal unit of action became the brigade, with the intention to produce self-sustaining mobile formations of the sort it was thought would be needed on Russia’s periphery. However, contract personnel recruitment did not keep pace with the ambition.

Battalion Tactical Groups (BTGs) (an idea dating back to the 1990s) were introduced in 2012 to generate effective combat power from brigades, by concentrating contract personnel into a battalion-sized grouping. BTGs generally comprise a tank or infantry battalion reinforced with armour or infantry and with artillery, air defence, electronic warfare and other combat support assets.

However, lessons from experimentation and the conflict in Ukraine, coupled with growing tensions with Western states and a requirement for formations that could more easily provide higher-level combat support (such as heavy artillery) and combat service support, helped the decision to reintroduce divisional formations.

There has not been radical progress in re-equipping the ground forces with new-generation equipment – even by the Russian Ministry of Defence’s own yardsticks – though this is to a degree determined by the number of legacy armoured personnel carriers (APCs) and infantry fighting vehicles (IFVs) in service. The tank fleet has been modernised, but principally through upgrades to established tanks such as the T-72, with the modernised T-72B3/B3M and to a lesser degree T-90M and T-80 BVMs being fielded.

Less progress has been made in introducing the new generation of armoured vehicles seen at the 2015 Victory Day Parade, including the T-14 main battle tank (MBT), and the T-15 IFV which are still in state testing. But deliveries to training units of the Koalitsiya-SV 155 millimetre self-propelled gun have started. Upgrades are also underway to existing self-propelled artillery, such as the 2S19M2. Heavier calibre systems have also been modernised, such as the 203 mm 2S7M.

Significant progress has been made with the recapitalisation of missile and rocket artillery units. The 500 kilometre-range 9K720 Iskander-M (RS-SS-26 Stone) has replaced the 120 km-range Tochka-U (RS-SS-21 Scarab), and extra Iskander brigades were formed making a total of 13. The Iskander system can utilize both ballistic and cruise missiles. The existing BM-30 Smerch multiple rocket launcher system has been modernised with the introduction of the Tornado-S system and the shorter-range BM-21 Grad system has been upgraded with the Tornado-G system. The ground forces also have strength in mobile, layered air defence, with systems capable of engaging at varying altitudes and ranges. There are also strengths in electronic warfare capabilities, with new systems introduced in recent years.

The Airborne Forces (VDV) are a key component of Russia’s high-readiness capability. The VDV escaped the reorganisational attention that was given to the ground forces and retained a divisional structure. In the early 2010s their numbers were boosted when the army’s air-assault brigades were added to their strength. Air-portable equipment has seen some modernisation, with BMD-4M Airborne combat vehicles and BTR-MDM APCs being introduced in recent years, as well as vehicles including BTR-82AM IFVs and T-72B3 MBTs introduced for conventional combat forces. There has been some force experimentation, with apparent exercises designed to develop heliborne air assault capability.

Russia’s naval forces have undergone considerable transformation since 2008, both in terms of capability and posture. Most notably, the navy is now capable of playing a significant new role following the introduction of the 3M14 Kalibr (RS-SS-N-30A Sagaris) long-range precision land-attack cruise missile (LACM) on multiple surface and submarine platforms in the fleet, enabling Moscow to hold an opponent’s critical land-based infrastructure at risk from the sea. This is demonstrated well by the LACM strikes into Syria by submarine and surface units from the Caspian Sea and the eastern Mediterranean. The navy’s tempo of operations and assertiveness have also increased in recent years, especially since 2014.

Of particular note has been the introduction of new small and medium-sized surface combatants armed with Kalibr, including the Project 21631 Buyan-M and Project 22800 Karakurt corvettes, as well as the similarly equipped Project 06363 improved Kilo submarines. These vessels all enhance the navy’s ‘brown water’ active defence in-depth capacity. Submarine capabilities have also been enhanced by the introduction of the highly capable Project 885/Project 08851 Yasen/Yasen-M missile-armed nuclear-powered submarines. They represent a considerable anti-submarine warfare challenge, though their introduction has been much slower than originally planned.

Indeed, a poorly performing shipbuilding industry, handicapped further by sanctions, has meant that the pace and breadth of naval modernisation have not matched declared ambitions. Russia’s ‘blue-water’ naval capabilities remain limited and still largely reliant on legacy Soviet platforms. Likewise, notwithstanding recent deployment activity, amphibious capabilities remain an area of relative weakness, a fact exacerbated by the cancellation of the agreement with France for the supply of Mistral large aviation-capable amphibious assault ships.

However, the annexation of Crimea significantly improved Russia’s military/maritime position in the Black Sea. This improved position has depended largely on deploying enhanced land-based systems, but the Black Sea Fleet has also benefited from considerable capability investment. The fleet is now much better placed, particularly for blockades, and to deny Ukraine maritime access.

The Russian air force’s lacklustre performance in the 2008 short war with Georgia was the culmination of years of underinvestment in personnel and hardware. The air force Moscow can now draw on to threaten Kyiv is more capable, better equipped and with combat experience gained in Syria.

Over the past decade, the air force has replaced the bulk of its single-role fighters, early model Sukhoi Su-27 Flanker and MiG MiG-29 Fulcrum aircraft with multi-role fighter ground attack types such as the Su-35S Flanker M, Su-30SM Flanker H and Su-34 Fullback. There has also been some attention given to modernising rotary-wing aviation, with Mi-28N Havoc and Ka-52 Hokum attack helicopter types being introduced, though these projects are of some vintage in themselves. The Mi-26 Halo remains the mainstay of heavy transport, and there have been reports of work underway on a replacement, though there is even less known about a possible replacement for the venerable medium transport Mi-8.

A long-delayed and sorely required upgrade of its air-to-air missile (AAMs) inventory is also underway, with improved short, medium, and long-range AAMs entering service from the mid-2010s. During the Syrian campaign, the air force also employed two types of long-range land attack cruise missiles for the first time. The Raduga Kh-555 (RS-AS-22 Kluge), a conventionally-armed modification of the Kh-55 (RS-AS-15 Kent) nuclear armed missile, and the Raduga Kh-101 (RS-AS-23A Kodiak) were launched from Tupolev Tu-95 Bear H and Tu-160 Blackjack A bomber aircraft. The Kh-555 and Kh-101 provide the air force with a badly needed long-range stand-off land-attack capability.

The air force is making less progress in recapitalising its tactical air-to-surface missile inventory. The bulk of its short-range air-to-surface guided missiles are Soviet-era designs, with newer designs apparently yet to reach the front line in any number. The Tactical Missile Systems Corp. Kh-38M family of air-to-surface weapons should by now be in the air force inventory but have yet to be seen at an operational base. The programme, which has been underway for decades, is intended to provide a replacement for the Kh-25M (RS-AS-12 Kegler) and Kh-29 (RS-AS-14 Kedge) tactical air-to-surface missiles designed during the Soviet era.