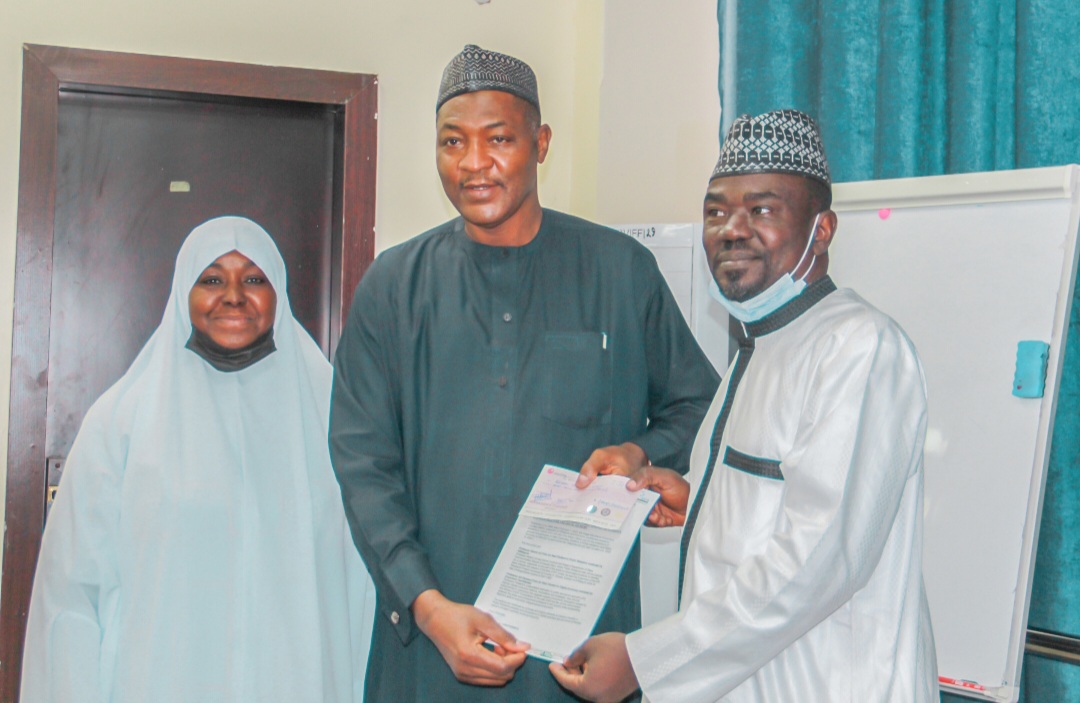 The awards which are named after a former Head of Department of Mass Communication at the university, Professor Bashir Ali and Minister of Communication and Digital Economy, Isa Ali Pantami will run for 10 years from 2022 to 2032.

While receiving a cheque of one Million Naira for the prizes in his office, the BUK Vice-Chancellor, Professor Sagir Adamu Abbas commended IMPR for its various interventions in the mentorship of students and young communicators on modern skills. He added that the prizes will be presented to the first set during the forthcoming convocation in March 2022.

He added that the Faculty of Mass communication would soon unveil its television station after the success of a full-fledged radio station with support from the McArthur Foundation among others.

Earlier in his presentation, the Chief Executive Officer of IMPR, Yushau A. Shuaib said the awards were instituted to motivate and inspire students to develop interests in Public Relations practice and innovations in digital activities that are key sectors of today’s globally evolving economy.

Shuaib who recently bagged the award of excellence in PR and Digital Journalism at the 40th Anniversary of the Bayero University Mass Communication Alumni Association (BUMCAA), said the prizes were instituted in the names of individuals who made outstanding contributions on the respective fields.

He said: “The Bashir Ali Prize for Best Student in Public Relations instituted by PRNigeria is to honour the PR scholar who encourages students to develop keen interest and passion in the field of PR. In fact, he was my supervisor when I conducted PR Research Project as undergraduate student in1991-1992.

“The Ali Pantami Prize for Best Student in Digital Economy instituted by Economic Confidential is in recognition of Minister’s unparalleled dedication to public service on account of his blazing Digital economic reforms, innovations and strategies, which were not only instrumental in cushioning the negative impact of economic disruptions caused by the Global COVID-19 pandemic in the year 2020 but has on the same margin, widened the skills and employment prospects in the country while accelerating Nigeria’s path to economic independence and growth.

“We will continue to sustain these efforts in motivating our students and youths towards excelling in the chosen endeavours,” he concluded.