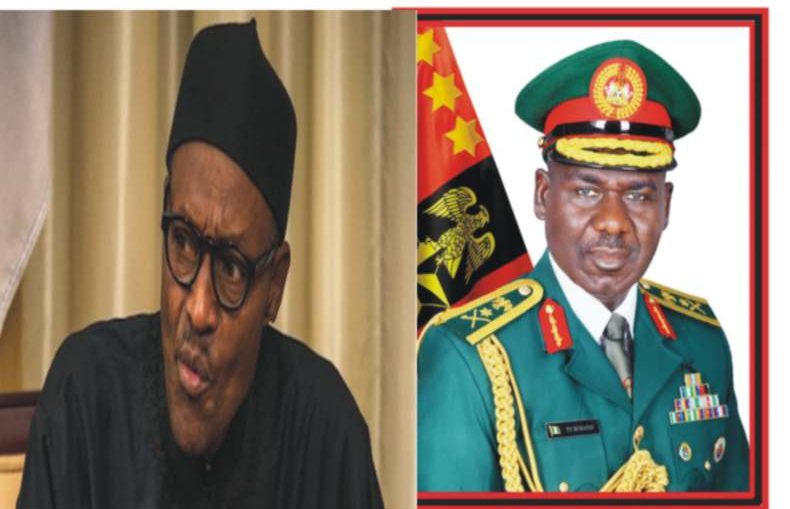 The Nigerian Soldiers engaged in various internal security operations across the country, have raised concerns over what they regard as high level of corruption in the military and exploitation of other ranks by the top officers of the Nigerian Armed Forces.

Sources within the Nigerian Army speaking on the condition of anonymity deplored what they alleged to be outright cheating and robbery of soldiers’ allowances and entitlements by their superiors.

This is even as a report noted that a performance audit that was conducted by the Office of the Auditor-General of the Federation made a startling revelation that the Integrated Payroll and Personnel Information System (IPPIS) still have access to the backend channel through which they can manipulate the system.

It was also based on the need to arrest this situation that an anti-corruption focused Civil Society Legislative Advocacy (CISLAC) has of recent intensified its drive and advocacy for ‘Integrity, Transparency and Accountability’ in the defence sector and defence budget management with the Training of Stakeholders in partnership with the Centre for Peace and Strategic Studies, University of Ilorin last week.

“Due to the lack of transparency in defence management and the existence of corruption, citizens lose faith in the system and withdraw from their own civic responsibilities thereby informing the need to support capacity of selected media organizations who would in turn disseminate the knowledge to strengthen reforms and mechanisms to make defence institutions more effective and smarter,” said the Conflict Advisor, CISLAC, Mr. Salaudeen Hashim.

To this end, certain Cpl Ahmad Sulaiman, who claimed to a soldier of the Nigerian Army, had in a Save Our Soul (SOS) letter to President Muhammadu Buhari, called for intervention to ensure that they get their entitlements.

Sulaiman whose identity is yet to be verified, claimed in the letter that the soldiers’ entitlements have been denied them for long especially those fighting Boko Haram terrorists and Islamic State in West Africa Province (ISWAP) in North East Nigeria.

Corroborating this, a military source gave a comparative breakdown of the recent salary structure between other ranks in the Nigerian Navy and Nigerian Army

The source said: “The Air Force is also similar to Navy and from the above can you see clearly how Nigerian Army soldiers are being cheated. Air Force and Navy even have lodging allowance (N23,000), diving allowance (N25,000) and admin support allowance (N15,000) added to their salaries.

“If they don’t need us let us know so that we park our loads back to our villages.”

Further in the letter, the alleged soldier claimed that they are yet to enjoy the new minimum wage that Buhari approved for them, from Private soldier to Corporal as the additional N2000 to their salary are yet to be paid as well as their allowances from January to December 2019.

According to him, the soldiers were purportedly given only N10, 000 allowance to buy boot and uniform throughout last year, adding that “N10, 000 cannot afford to buy uniform or boot”.

On the contrary, he alleged that the least monthly salary received by both Airmen and Seamen is N70, 000, which he said is far above those of a Private (lowest ranked soldier) whose N50, 000 salary for this month, adding “the gap is wider”.

The soldiers further accused the top echelon of the Nigerian Army including the Chief of Army Staff (COAS), Lt-Gen Tukur Buratai, of trying to prolong the state of insecurity in the country, especially the insurgency in the North East as a money spinning spot game for them at the detriment of lives of the rank-and-file.

Part of the letter read: “Mr. President, the Nigerian Army Generals are extremely corrupt. They always use the other ranks to get money that is why they are prolonging insecurity in Nigeria because they benefit from it. The soldiers die always especially in Maiduguri and other places no action are made yet to resolve this.

“Mr. President you are our father, we have no body except you and Almighty Allah. Nobody to look into our problem except you. We have already lost hope from our senior officers including Buratai. Sir president we need your intervention as we are seriously suffering. We are being neglected and our salary is not enough, our families are suffering. Mr. President we call upon on you to please help us retrieve our entitlements like our colleagues in the Air Force and Navy.”

But the Director of Army Public Relations (DAPR), Col. Sagir Musa, when contacted to verify the letter and respond to the issues raised by the alleged soldiers, questioned the source and commented no further.

Nevertheless, this is not the first time soldiers of the Nigerian Army have raised concerns over the salaries, allowances and overall welfare particularly those engaged in counter-insurgency and peacekeeping operations.

Late last year, a similar letter circulated in the social media addressed to the trio of the Minister of Defence, Chief of Defence Staff (CDS) and COAS urging President Buhari to as a matter of urgency look “into the matter of our salary structure in the Nigerian Army. It is of great concern that we in the Nigerian Army have the poorest salary in the whole of the Armed Forces of Nigeria including the Nigerian Police.”

“So also is a private soldier in the Navy or even more, while a private soldier in the Nigerian Army is being paid N48,000. An Inspector of Police is collecting about N130,000 per month while a Staff sergeant in the Army is being paid about N75,000. Another issue of great concern is the issue of salary difference when promoted, a soldier who has served for at least 10 years and promoted to the rank of a corporal is being paid about N57,800, just N2,800 difference with what he was being paid as a Lance Corporal for five years or more.”

Consequently, the letter warned that this poor entitlement and wage discrimination has been a source of major rancour in the Nigerian Army as most of them find it difficult to deal with their daily financial needs hence, “the alarming rise in the crime rate in the Army today.

“Interestingly, we in the Nigerian Army do most of the work today including that of the Police, Customs and even the Nigerian Immigration Service but we don’t enjoy same treatment and payment.”

To this end, the soldiers further pleaded with the President, Minister of Defence and Service Chiefs to look closely into the matter and accord it immediate attention and treatment it deserves.

“As you are fully aware sir, our welfare plays a major rile in boosting our morale and fighting efficiency. Thank you sir, as you look and take appropriate measures in tackling this issue once and for all,” the letter concluded.

Similarly, there were discussions amongst soldiers late last year about the state of their finances as information circulated amongst them and sighted on December 2019, urged their colleagues to remain vigilance and not keep silence in the noticeable discrepancies in payment of their entitlements.

Part of the message read:

“It is allowed to discuss/clarify very important issue like this ongoing payment. There is no way we remain silence as it becomes the current affairs for Officers/Men within the Armed Forces. The complications are that:

As a follow up to these agitations, some the agitated soldiers in January 2020 further appealed to the Minister Finance and Accountant-General of the Federation, notifying them that their minimum wage and arrears have not or would not be paid going by the new signal their finance corp sent to various Army formation last week of January 2020.

Part of the message reads: “Two weeks ago N16, 700 was paid into our various accounts and the following week you people sent the financial corp to informed us that the N16, 700 paid was the arrears of the new minimum wage.

“We the organized military personnel is calling on various organs of government like the Minister of Finance, Accountant-General of the Federation, Chief of Defence Staff, Chief of Army Staff, Chief of Naval Staff and Chief of Air Staff, to look into the issue. We are also calling on Mr. President to check the high rate of corruption in the Nigerian Military force.”

To this end, they further appealed to the Minister of Finance and Accountant-General of the Federation to investigate the issue and “restore our figures in respect of the New National minimum wage arrears from April to December.”