ISIS expansion in Nigeria, a great concern- US AFRICOM 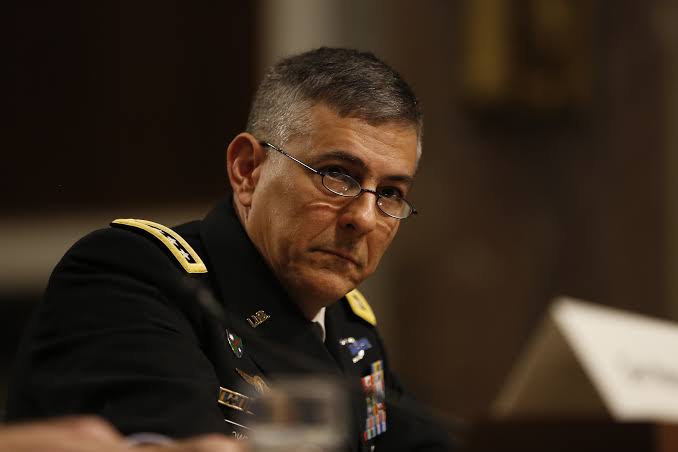 The United States Africa Command (US AFRICOM) have warned that the terror group,  Islamic State of Iraq and Levant ( ISIS) is expanding at a very concerning rate in Nigeria and has become a dominant force  in the Lake Chad region.

General Stephen  Townsend Commander, US AFRICOM,  raised this concern on Tuesday while addressing an online press briefing. He noted that the recent attacks on a medium security custodial centre in Nigeria’s capital city proves the extent of expansion.

This is even as a recent report by Jihad-analytics revealed that ISIS has claimed more attacks in Nigeria than anywhere in the world; and for the first time in the Islamic State’s history, Iraq is no longer the place where it has the most activity.

The report also show that 73 percent of ISIS global attacks in 2022 so far have been in Africa, with Nigeria, where the Islamic State of the West Africa Province  (ISWAP) operates, accounting for 61 percent.

The US AFRICOM commander said, “It appears that ISIS-West Africa is now the dominant force in the Lake Chad region. Boko Haram still exists, but I think they’re hanging on. Many of their members have either surrendered back to host-nation governments or have changed sides to join ISIS-West Africa. And what we see is we see these threats expanding. We see ISIS-West Africa very much expanding in Nigeria.”

“Just a couple of weeks ago, you’re all aware of a major prison break that occurred literally in the outskirts of the capital in Nigeria. So this is of great concern, I think, for the world that’s watching,” he further said.

Townsend,  however reiterated that military force alone cannot defeat violent extremism. According to him, the root of violent extremism is insufficient or poor governance, adding that the Command have to have a whole-of-government approach.

“I would say that the America – many of our partners in the region are recalibrating, and so has the United States, in light of the continued expansion of terrorists, irregular changes of government in the region, arrival of malign groups like the Russian mercenary group Wagner, and recalibration by other partners such as France and others. The United States is also recalibrating our approach and we’re striving to find a way to become more effective in the future. Back to you,” the commander informed.

Townsend also announced that he will be relinquishing Command to a new commander on the 9th of August 2022 at Kelley Barracks in Stuttgart, Germany after three years of service.

The Commander expressed his excitement and gratitude,  having served for 40 years as a military personnel, adding that AFRICOM was the highlight of his military career.

He said, “For the last three years, it’s been my privilege to serve as the Commander of the United States Africa Command based in Stuttgart, Germany. I’m excited to speak with all of you today as I prepare to relinquish command of the dedicated group of professional men and women who work tirelessly to support America’s national security objectives in Africa.

“I would just like to say that it’s been a fantastic 40 years in uniform, and AFRICOM has been the highlight of those 40 years. I love working in this job because the continent is so big and complex and diverse. So coming to work every day is an education and it’s always fascinating. So it’s hard to beat a job like that. But 40 years is enough of doing anything, even if you love it. So it is time for me to pass the torch to a younger generation of leaders, and it’s time for me to take off the uniform.”

Speaking in his next plans, the commander said, “As I said, we plan to pass the AFRICOM colours to a new commander on the 9th of August here, and I will step down and soon retire within a couple of months, and I am going to spend some time with my three grandchildren. I have a granddaughter that I haven’t even met in person yet, and I’m very much looking forward to meeting her and spending time with my other grandchildren. So I think that’s – my feelings are I’m not really looking backward and I don’t feel regretful; I feel excited about what I’ve done over the last 40 years and I feel even more excited about the next 40 years. And I think with that, I’ll just close with thanking all of you for taking time today to participate in this call.”