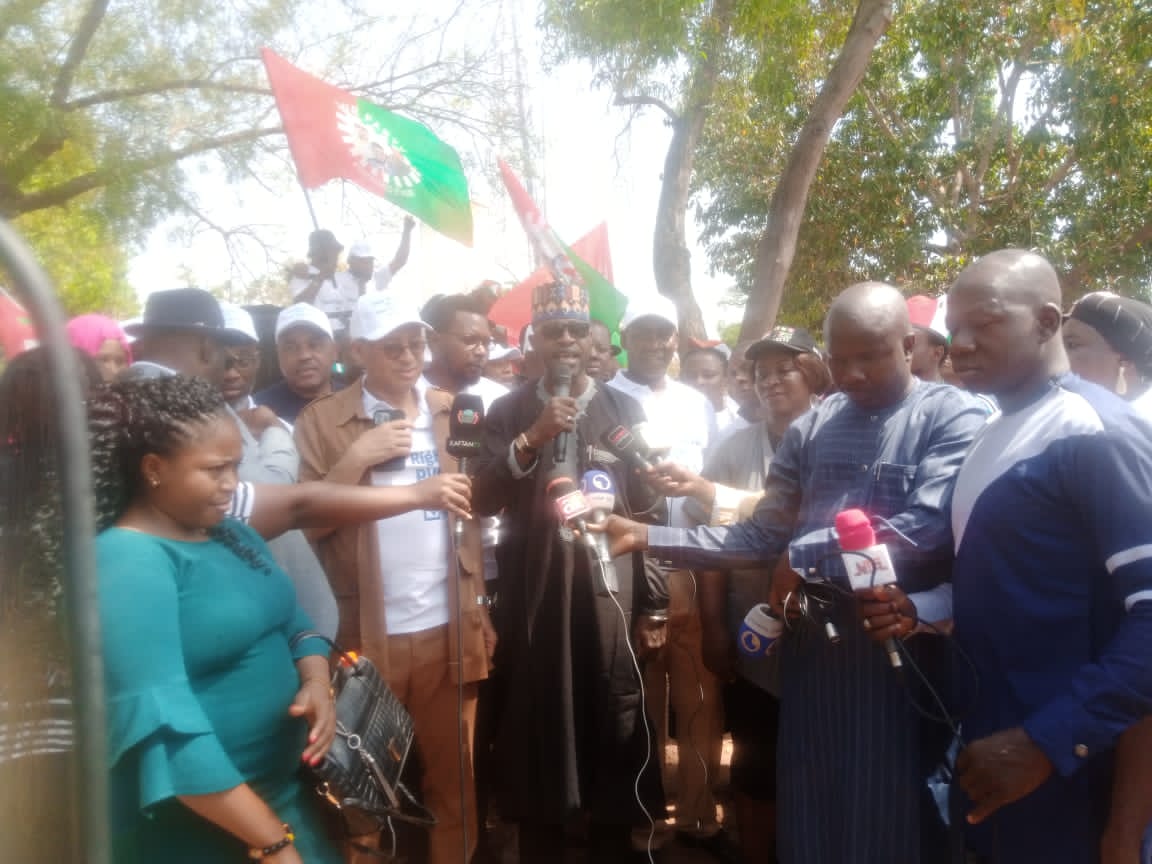 The Labour Party (LP) supporters has tasked the Independent National Electoral Commission (INEC), to decentralise the collection of PVCs and ensure that the 9.3million uncollected PVC were distributed in due time to avoid disenfranchisement of electorates.

The support group Big Tent, of the LP charged INEC to do everything possible for a seamless distribution stating “if INEC needs help to make sure that the PVCs get to their rightful owners, we are ready to volunteer.”

A political and economic analyst Pat Utomi during the group advocacy walk to the INEC Headquarters in Abuja, tasked the Commission to permit registered voters to cast their votes without using permanent voter cards due to the poor collection rate of PVCs nationwide with less than 100 days to the 2023 elections.

Utomi said since the commission had adopted biometric voting, eligible voters only needed to go to the polling units and get scanned to cast their ballots.

The political analyst, who claimed that about 9.3 million uncollected PVCs were still in INEC offices, described the situation as a national emergency that needed urgent attention.

Speaking on behalf of the organiser of the event, The Big Tent, Utomi said, “Secondly, we want them to understand that the process that they have embarked on is a biometric process. In fact, one does not need PVC to vote because one has been captured already. One’s biometrics is in the system.

“If one shows up on Election Day without any PVC and one’s finger print and face are scanned, one should be able to say that he or she is registered.

The Chief Spokesperson for the Labour Party Presidential Campaign Council, Dr Yunusa Tanko said the demonstration was to allay the fears of rigging and imminent vote-buying ahead of the 2023 polls.

Tanko said, “the purpose was to protest the issue of underage voters and multiple registrations as widely reported and demand PVCs for those who have yet to be given,” he added.

Receiving the letter of demands from the group on behalf of the commission, the Assistant director, Chief Administrative Officer, Kelechi Maduneme, advised voters to get their PVCs, saying “it is will be difficult for INEC to carry out a distribution.