Mali: Is Senegal the big ‘loser’ when it comes to Ecowas sanctions? 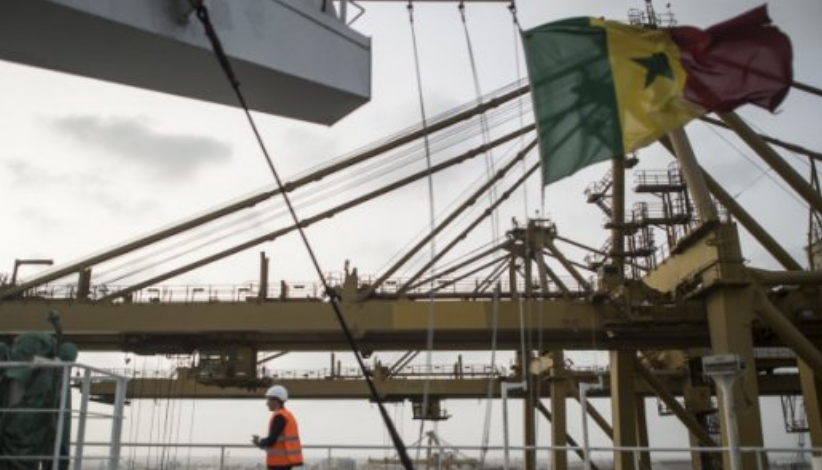 Dakar Port, Senegal. DP World is aiming for a capacity of 1.5 million containers per year for the deepwater port of Ndayane. © Sylvain Cherkaoui for Jeune Afrique

Will Ecowas’ decision to suspend the goods trade and its financing – to and from Mali – end up hurting Senegal? And, by the same token, benefit Guinea and Mauritania? For now, everything remains uncertain.

“Ecowas wanted to strike hard with its sanctions. However, it is not in the interest of any state in the community for this situation to continue. The interdependence between Mali and the other countries in the zone means that closing land and sea borders – except for basic necessities – has a knock-on effect on neighbouring countries,” a senior bank executive in Mali told us, following the 9 January announcement that the West African heads of state had imposed several punitive measures against the Bamako regime.

“Mali is a landlocked country that has a maritime outlet to other countries. More than 50% of the port of Dakar depends on products that must go to Mali. Closing borders will therefore impact Dakar. The same applies to Côte d’Ivoire, which depends on Malian livestock. If the situation persists, the price of a kilo of meat in Côte d’Ivoire is likely to rise,” adds our interviewee.

“Senegal is shooting itself in the foot. By sanctioning Mali, we are also sanctioning Senegal,” various commentators on the Senegalese economy and politics have commented on social media and local media. The latter point to an indisputable fact: the dominant place of Mali, the country’s largest client, in Senegal’s foreign trade.

In 2020, Mali accounted for 21% of Senegal’s merchandise exports, more than the whole of Asia (18%) and ten times the amount sold to France (2%), according to the latest figures from the Agence Nationale de la Statistique et de la Démographie (ANSD).

In value terms, Senegal’s exports to Mali reached 474.8bn CFA francs (€724m), compared to just 1.6bn CFA francs of imports in 2020. The Teranga country’s trade surplus with its landlocked neighbour exceeded CFAF 473bn last year, a significant sum, without which Senegal’s overall trade deficit (CFAF -2,233bn in 2020) would, all other things being equal, be at least 20% higher.

Does this mean that the sanctions against Mali will severely hinder Senegal’s foreign trade? Not necessarily. Senegal’s main exports to Mali – oil products – are explicitly exempt from the trade embargo that Ecowas imposed on 9 January. According to ANSD data, Mali absorbs 64.7% of Senegal’s exports of petroleum products or about CFA 309bn, according to our estimates. This represents two-thirds of Senegal’s total sales to Mali.

Another important export item from Senegal to Mali are “preparations for soups and broths.” Mali absorbed 30% of Senegal’s sales of these products, amounting to about 23bn CFA francs. There is little reason to fear disruption here, as “consumer food products” are also exempt from Ecowas sanctions.

The main uncertainty lies with cement, as Mali absorbs no less than 87% of Senegal’s exports. Despite the sharp decline in the value of these exports in recent years (-12% average decline between 2016 and 2020), this nevertheless represented CFAF 64.2bn in sales between Dakar and Bamako in 2020.

The impact of the sanctions on this segment will depend, for the most part, on the duration of the sanctions, which Ecowas has promised to “progressively lift once it has agreed to and finalised an acceptable timetable and satisfactory progress has been made in the implementation of the election timetable.”

As the Ecowas sanctions were being announced, Bamako’s executive promised that “arrangements have been made to ensure normal supplies to the country by all appropriate means.”

Although Mali does not have a coastline, it does have warehouses in the main ports on the West African coast: Nouakchott, Dakar, Banjul, Conakry, Abidjan, Tema, Lomé and Cotonou.

For its part, the Comité National du Rassemblement pour le Développement, which was put in charge of the Guinean executive following the 5 September 2021 coup and itself under sanctions from the West African institution, was keen to point out that “the air, land and sea borders of the Republic of Guinea remain open to all sister countries, in accordance with its pan-Africanist vision.”

Either Conakry, Nouakchott or Algiers (see map below) could well end up replacing Dakar as the gateway for the supply and export of goods from Mali. However, it would represent a huge logistical challenge.

Firstly, transport links in Mali are still quite limited due to its size and the weak existing infrastructure. In 2012, the latest available benchmarking figures, Mali barely had 5,700km of paved roads out of a network of 89,024km. “The road density is currently 1.80km/100km², one of the lowest in Africa (3.1km/100km² for Ecowas and 4.7km/100km² for Africa),” says a study by the African Development Bank (AfDB).

Although the Conakry port is “the closest seaport to Mali’s capital,” says the AfDB, at a distance of only 980km by road, and it receives “a significant share of freight from and/or to Mali”, Guinean-Malian integration remains “hampered by a series of constraints.” The pan-African institution notes, for example, “the dilapidated road network linking the two countries, which requires major maintenance efforts and, in some places, rectifying the route”; “interrupted river navigation due to the river silting up”; “the lack of a reliable and regular air link.”

Diplomatic offensive in Algiers and Nouakchott

The regional authorities are well aware that another one of Mali’s neighbours, other than Senegal, could undermine the sanctions that Ecowas has put in place or simply take advantage of them. Also on 10 January Ghana’s President, Nana Akufo-Addo, current president of Ecowas’ conference of heads of state and one of the most vocal voices against the Bamako regime, called up Mauritania’s President Mohamed Ould Cheikh El Ghazouani to “inform him of the Community’s decisions.”

According to Mauritania’s official press agency, President Ghazouani “listened to his Ghanaian counterpart’s explanations” and reiterated “Mauritania’s hope that the Malian brothers will overcome their current difficulties.” The two heads of state agreed to “continue to consult on this issue.”

In its 9 January communiqué, the Community had “invited” the countries bordering Mali, “non-members of Ecowas, notably Algeria and Mauritania”, to support the implementation of these sanctions and indicated that its “President of the Council of Ministers” would “soon conduct a fact-finding mission in these countries.”

While neither Algiers nor Accra have indicated that any exchanges have taken place between the two heads of state since 9 January, it is worth noting that the two governments have held an increasing number of summit discussions in recent months.

On 24 September, Ghana’s foreign affairs minister Shirley Ayorkor Botchwey met with her counterpart Ramtane Lamamra in New York “to discuss ways and means of injecting a new dynamic into bilateral relations and peace and security issues in Africa.”

In October, President Akufo-Addo met with Algeria’s Prime Minister Aïmene Benabderrahmane in Belgrade on the sidelines of the 60th anniversary of the first conference of the Non-Aligned Movement. In early December, Accra approved Ali Redjel’s appointment as the new ambassador to Algiers.