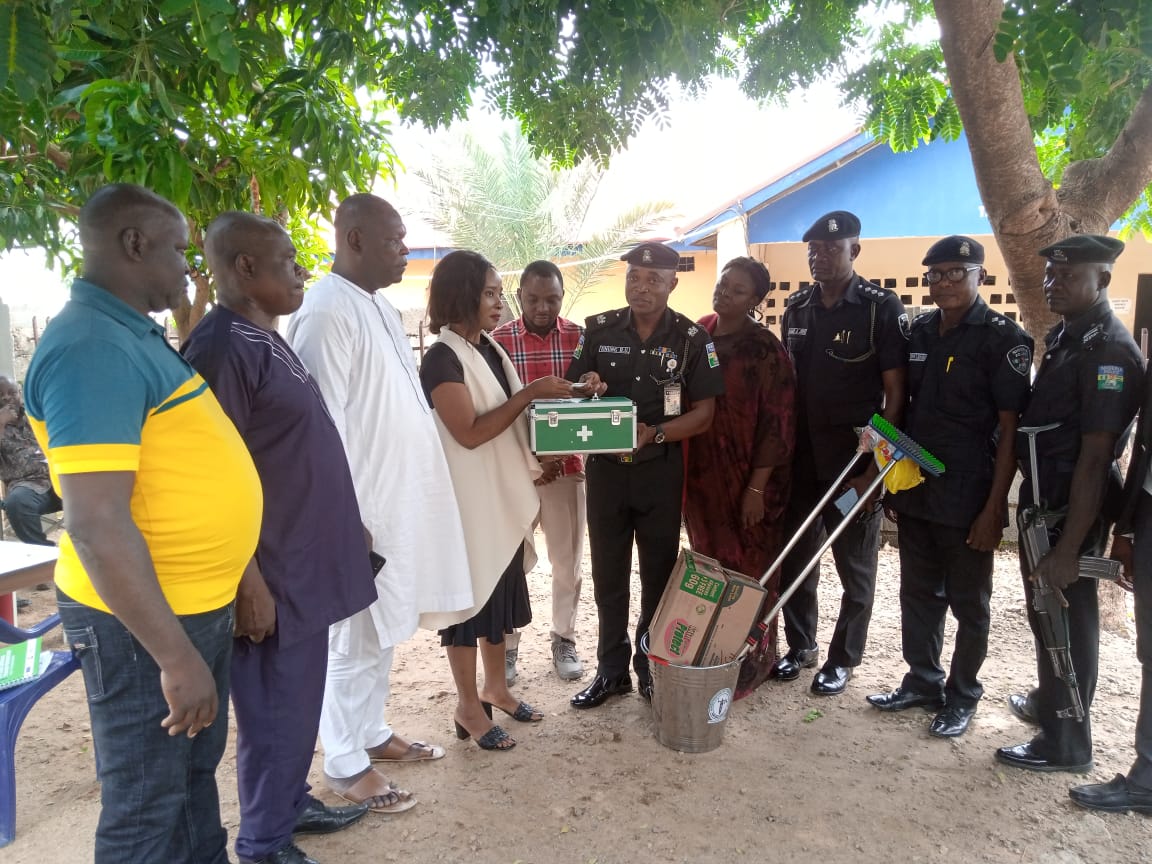 The Federal Ministry of Justice under a sub-committee, Administration of the Criminal Justice Committee (ACJMC), in a collaborative action has set to sensitise the FCT police command on the need to have the knowledge of first aid treatment.

The committee which has set, as one of its core mandate to work in line with best international practice and see to the welfare of detainees in custody of the police, visited Mpape, Bwari and Kubwa division in the nations capital.

According to the Executive Secretary Mr. Sulayman Dawodu, the awarenes campaign earmarked twenty divisions, to train the officer on avoidable and manageable cases of health at the station before seeking medical help.

Represented by Mrs. Genevieve Ike Johnson Senior Supervising Solicitor ACJMC PDSS and CDSS, Dawodu noted, the aim of the training is to avail police personnel the knowledge on the rudimentary of first aid treatment.

According to him, ” as an officer responsible for a detainee it will be wrong for you to leave him dying from a health challenge you can help avoid with the simple knowledge of first aid.

“This is simply the first help given to detainees before onward movement to the hospital, when properly administered it can only be of immense help to the person.

“We understand that, sometimes out of fear of being accused to have caused harm or death of an individual,police officers tend to shy away from carrying out first aid. This is wrong.

“No one is asking you to carrying out a diagnose but just simple things like help stop a bleeding and minor cases that are related. This will go a long way in saving lives.

The health facilitator, Dr. Idris Keji, explained that, aside the knowledge of first aid, behavioural attitude can aid the survival of a victim,stating, as personnels who deal with patients which cases sometimes borders on life and death, readiness to act is key to adequate help.

He said, “the difference between the developed countries and Nigeria is that they are always ready to attend to emergency, we know our problem already as a country we can use our initiative to help better the system.

“Officers should develop good working relationship with hospitals in their vicinity, that will attend to patients immediately, as they can initiate calls to inform them of situations, after they might have help with first aid, and this will create a seamless procedure to saving lives.”

On his part, ASP Emmanuel Adonijah, lamented that, the officers face a lot of challenges with hospital personnel when taking detainees or suspect to the hospital, “sometimes while carrying out our duty, we have to help with patients most hospitals reject to attend to them, the will insist on payment before admission which might not be possible as we do not have the finance to do this, and because of this we are neglected and treated with so much disrespect,” he said.