NATO and the Ukraine-Russia crisis: Five key things to know 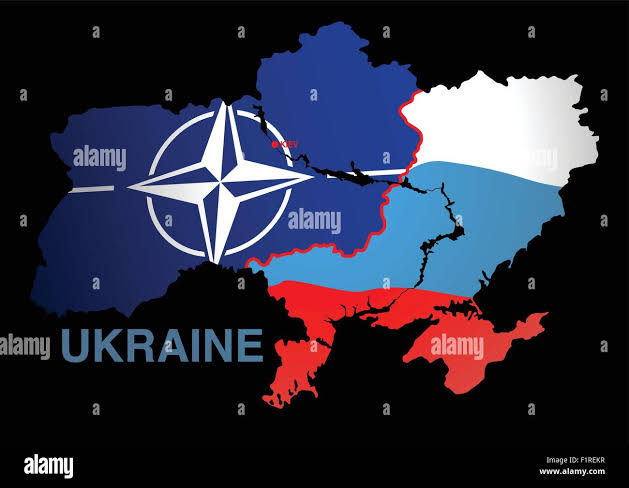 •Moscow has the future of the US-headed transatlantic military alliance in its sights as Kyiv eyes membership.

•Russia’s president says Western assurances Kyiv will not join NATO military alliance in the near future are unsatisfactory.

The future of NATO, the transatlantic security alliance, is at the centre of the standoff between Russia and the West over Ukraine.

Moscow wants guarantees that its neighbour, a former Soviet state, will be permanently barred from joining the United States-led alliance. It has also called for NATO to cease all military activity in Eastern Europe, blaming it for undermining security in the region.

But Western leaders have rejected those demands. They have argued the Kremlin cannot be allowed an effective veto on Kyiv’s foreign policy decisions and defended NATO’s “open door policy”, which grants any European nation the right to ask to join.

Amid the deadlock, here are five things you need to know about NATO:

1. What is NATO and why was it formed?

The North Atlantic Treaty Organization was founded in 1949, in the aftermath of World War II.

The alliance was initially part of an effort by the US and its European allies to deter any expansion of the then-Soviet Union (USSR) and reduce the possibility of conflict on the continent by encouraging greater political integration between its powers.

In the decades since, it has steadily expanded its orbit, bringing a swathe of central and eastern European states into its ranks after the USSR collapsed.

This enlargement has troubled Moscow, which is wary of the alliance edging ever closer to its borders and hemming it in from the West.

2. Which countries are member states?

NATO is comprised of 30 member states.

Belgium, Canada, Denmark, France, Iceland, Italy, Luxembourg, the Netherlands, Norway, Portugal, the United Kingdom and the US were its founding members.

The newest member state is North Macedonia, which joined in 2020.

Three so-called partner countries – Ukraine, Bosnia and Herzegovina and Georgia – have declared their aspirations to become part of the alliance, which says its purpose is “to guarantee the freedom and security of its members through political and military means”.

3. Why does Ukraine want to join NATO?

Ukraine has repeatedly stated its intention to become a NATO member state – an objective that is written into the country’s constitution.

Joining the alliance would boost Ukraine’s defensive strength, because of NATO’s principle of collective defence. That principle – set out by Article 5 in NATO’s founding treaty –  means an attack against one ally is considered as an attack against all allies, committing them to protect one another.

In 2008, NATO leaders promised Ukraine it would one day be given the opportunity to join the alliance. But despite deepening cooperation in the years since, there is thought to be little chance of that happening any time soon.

Western powers are yet to be convinced Kyiv has done enough work to eradicate corruption and meet the other political, economic and military criteria required to enter the alliance, as set out in its 1995 Study on Enlargement.

NATO’s members may also be wary of Ukraine joining their ranks while tensions with Moscow remain high, as such a move could draw the alliance into a direct conflict with Russia in the event it launches an attack, because of the collective defence principle.

On Monday, German Chancellor Olaf Scholz said the issue was “not on the agenda” following talks with Volodymyr Zelenskyy in Kyiv, despite Ukraine’s president restating his country’s membership ambition.

All 30 NATO allies must unanimously approve a new country becoming part of the alliance.

5. What is the problem between Russia and NATO?

Putin has said it is now time for NATO’s waves of expansion to be reversed and for the alliance to guarantee that Ukraine never be allowed to become a member.

He argues that the West has betrayed Moscow by breaking alleged verbal commitments made at the end of the Cold War that NATO would not expand eastwards. The alliance denies that any such promises were made.

In a show of force, Russia has massed more than 100,000 troops around Ukraine’s borders and sent sweeping security demands to Washington and the Brussels-headquartered alliance.

In response, NATO, the US and its European allies have been scrambling to negotiate with Moscow and de-escalate the situation.

But the high-stakes diplomatic efforts have borne little success. Washington and NATO have rejected the Kremlin’s central demands – that the alliance cease all military activity in Eastern Europe and Ukraine be barred from membership – while Russia has refused to budge on its requests.

As tensions continue to simmer, Western leaders, including US President Joe Biden, have made clear they will not send troops to defend Ukraine in the event of a Russian invasion.

But several of Kyiv’s allies in NATO, with the exception of Germany, have supplied Kyiv with weapons as it ramps up preparations to repel a potential incursion. Meanwhile, NATO has moved to reinforce its eastern flank with additional troops and military hardware.

Russian President Vladimir Putin has said Moscow does not want a war in Europe amid rising tensions over Ukraine but demanded that the issue of Kyiv’s relationship with NATO be resolved in its entirety immediately.

Speaking at a joint news conference on Tuesday after talks with German Chancellor Olaf Scholz, Putin said Russia had been informed by Western powers that its neighbour would not join the transatlantic military alliance in the near future. But he warned that was not a satisfactory assurance.

Russia has massed more than 100,000 troops around Ukraine’s borders and is campaigning for security guarantees from the West including a guarantee that Kyiv will be prevented from ever joining NATO’s ranks, despite Ukrainian President Volodymyr Zelenskyy pushing for it to do so.

“We need to resolve this question now … [and] we hope very much our concern will be heard by our partners and taken seriously,” Putin told reporters in Moscow.

“[And] As for war in Europe … about whether we want it or not? Of course not. That is why we put forward proposals for a negotiation process, the result of which should be an agreement on ensuring equal security for everyone, including our country,” he said.

The United States and NATO have flatly rejected Russia’s main security demands – which include a call for NATO to cease all military activity in Eastern Europe – but have sent counterproposals to Moscow.

Despite emphasising the need for the West to heed the Kremlin’s primary concerns, Putin said Russia was ready to engage in talks on limiting the deployment of intermediate-range missiles in Europe, increasing the transparency of military drills and other confidence-building measures.

His remarks came after Russia’s defence ministry said it was orchestrating a partial pullback of its forces from locations near Ukraine after concluding military drills.

Moscow gave no details on where the soldiers were being pulled back from, or how many were being moved, but the defence ministry published footage showing tanks and other armoured vehicles being loaded onto railway flatcars.

Scholz welcomed the announcement of a pullback as a “good signal” and said diplomatic efforts to resolve the crisis were far from exhausted.

“For us Germans but also Europeans, sustainable security can only be reached … with Russia. Therefore it should be possible to find a solution. No matter how difficult and serious the situation seems to be, I refuse to say it is hopeless,” he said at the news conference alongside Putin.

Other leaders were more cautious. Later on Tuesday, US President Joe Biden cast doubt on Moscow’s claims of a partial withdrawal, saying that Russian troops near Ukraine remain in a “threatening position”.

“The fact remains right now Russia has more than 150,000 troops is circling Ukraine and Belarus and along Ukraine’s border; an invasion remains distinctly possible,” Biden said.

British Prime Minister Boris Johnson also said “the intelligence that we’re seeing today is still not encouraging”, and Ukraine said the reported pullback needed to be seen to be believed.

Al Jazeera’s Natacha Butler reporting from Kyiv said “there is a lot of skepticism” over Russia’s announcement.

“The Russian Federation, [Kuleba] said, is often saying that it does things, but then it does exactly the opposite,” Butler said.

NATO’s chief meanwhile welcomed signals from Russia in the past two days that it may be looking for a diplomatic resolution, but he urged Moscow to demonstrate its will to act with a “significant and enduring withdrawal of forces … and not least the heavy equipment”.

“There are signs from Moscow that diplomacy should continue. This gives grounds for cautious optimism. But so far we have not seen any sign of de-escalation on the ground from the Russian side,” Secretary-General Jens Stoltenberg told reporters in Brussels.

He added that Russia has in the past moved into areas with troops and equipment, then pulled back leaving military material in place, creating the potential for forces to regroup.

Earlier on Tuesday, Russia’s lower house of parliament voted to ask Putin to recognise two Russian-backed breakaway regions in eastern Ukraine as independent, prompting a warning from the EU to Moscow not to follow through.

Recognition of the self-declared Donetsk and Luhansk People’s Republics could kill the Minsk peace process in eastern Ukraine, where a conflict in the Donbas region between government forces and Moscow-backed separatists has cost 15,000 lives since 2014.

“Kyiv is not observing the Minsk agreements. Our citizens and compatriots who live in Donbas need our help and support,” Vyacheslav Volodin, the State Duma speaker, wrote on social media.

Ukraine’s foreign minister and the EU’s top diplomat said a decision to recognise the regions would be a violation of the Minsk agreements.

Putin declined to be drawn out on how he plans to respond to the appeal. He said Russians were sympathetic to the residents of the Donbas region, but he wanted the regions’ problems to be resolved through the Minsk accords.