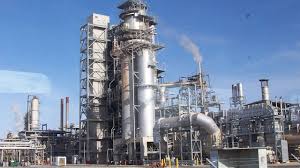 The Trade Union Congress (TUC) have bemoaned how Nigeria wasted about $9.5billion for turnaround maintenance of moribund oil refineries in the last 10 years.

Mr Quadri Olaleye, president of the union stated this in Abuja at the inauguration of Board of Trustees (BoT) and the new National Executive Committee (NEC) of the Independent Petroleum Marketers Association of Nigeria (IPMAN).

According to him, corruption and inefficiency of those managing the nation’s refineries was responsible for the high importation of petroleum products in the face of four moribund refineries.

He called on the federal government to make conscious efforts to put the four refineries in good shape to encourage private sector participation adding that Nigeria is the only OPEC member country that imports more than 90-95 percent of refined petroleum products for consumption. He noted that the TUC is not against the removal of fuel subsidy by the government if it will yield positive results but that the union is inquisitive as to what the government has to offer following the removal.

In his submission, the National president of the Nigeria Labour Congress, Comrade Ayyuba Wabba explained that IPMAN has contributed immensely to the socio-economic development of our country, and therefore, it is an association that the NLC takes very seriously.

Earlier in his acceptance speech, the new president of IPMAN, Alhaji Debo Ahmed pleaded with the management of the Nigerian National Petroleum Company Limited to ensure payment of outstanding briefing claims owed marketers. He also identified insecurity across the country, coupled with bottlenecks being encountered by his members in lifting petroleum products from depots.

He said, “Our members have billions of Naira as transport claims with the defunct Petroleum Equalisation Fund now with Nigerian Midstream and Downstream Petroleum Regulatory Authority, (NMDPRA) unattended. As a united association, we have to follow up to make sure our members are paid unconditionally.’’

The president of NUPENG, Comrade Williams Eniredonana Akporeha, said his union was determined to ensure that the new leadership of IPMAN was not frustrated from carrying out its constitutionally assigned mandate. His PENGASSAN counterpart, Comrade Festus Osifo, spoke in similar vein.