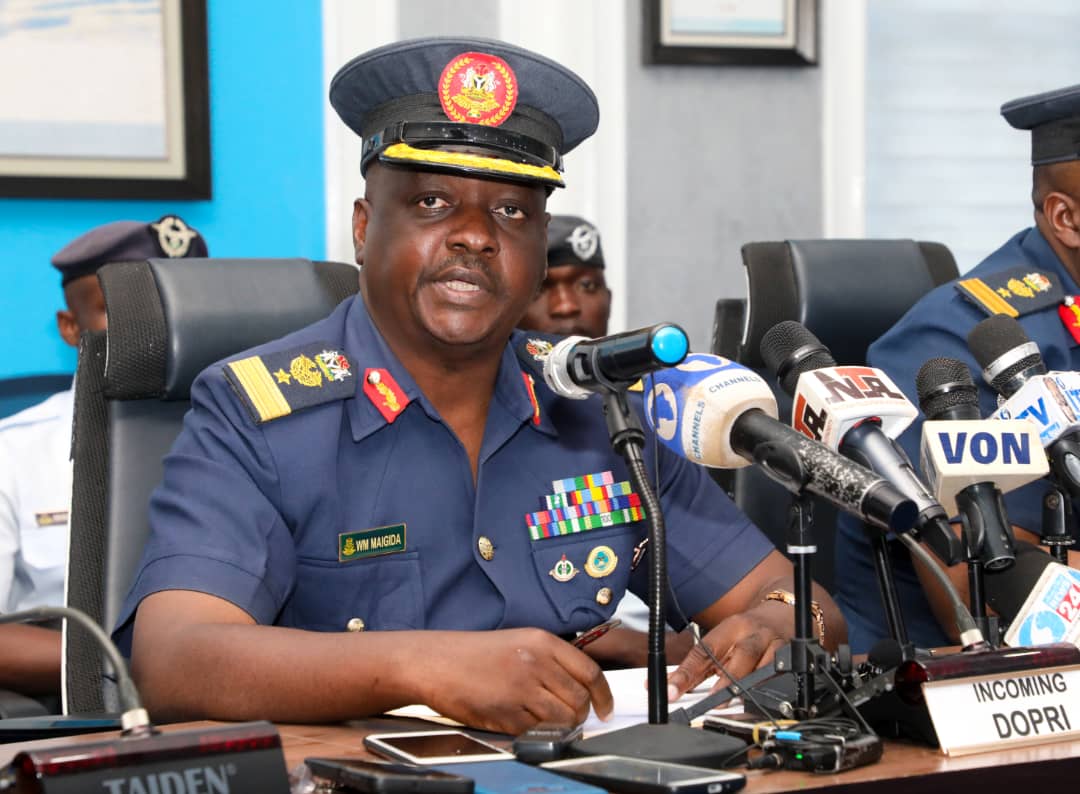 The Nigerian Air Force (NAF), on Friday urged the media to support the Nigerian Armed Forces in the quest to surmount the myriad of security challenges confronting the nation.

The newly appointed Director of Public Relations and Information (DOPRI) NAF, Air Commodore Wapkerem Maigida made this call in Abuja when he took-over from his predecessor, Air Cdre Edward Gabkwet who is now the Commander 551 NAF Station, Jos.

While stating commitment to sustain the ongoing media campaigns of the NAF aimed at gaining public support for its operations, Maigida said, under his watch, “the Directorate of Public Relations and Information will keep forging ahead with NAF media campaigns mandate, leveraging on the various media platforms to narrate the success stories of the force.”

The DOPRI noted that projecting the operational engagements and other activities of the NAF to galvanize public support and goodwill for the force is paramount.

“Bear in mind that for us to overcome the security challenges, there must be a genuine partnership between the NAF and the media,” he said.

He further urged the media to remain steadfast as they continue to carry out their watch-dog function of informing and enlightening the public, bringing them to speed on happenings within the defence and security sector, urging them to use their reportage and medium to shape public perception and opinions about the NAF.

While appreciating the immediate past DOPRI for achievements recorded during his tenure, vowed to consolidate on the feats.

Air Cdre Wapkerem Maigida, a member of 42 Regular Course of the Nigerian Defence Academy (NDA), was commissioned into the NAF in 1995.