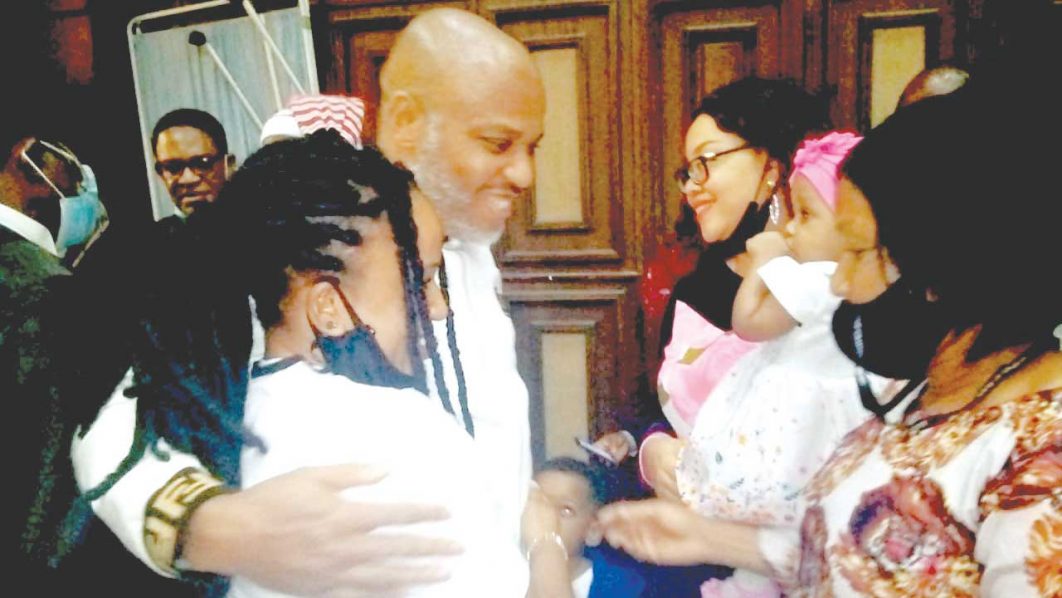 Detained leader of the Indigenous People of Biafra (IPOB), Mazi Nnamdi Kanu, yesterday, demanded his freedom, as he challenged the validity of the 15-count amended charge the Federal Government preferred against him

During resumed hearing of the alleged terrorism offences against him, Justice Binta Nyako of the Federal High Court Abuja, fixed April 8, 2022 for ruling on a preliminary objection filed by his legal team.

The court fixed the date after his counsel, Mike Ozekhome, and the prosecution counsel, Shuaibu Labaran, argued for and against the defendant’s preliminary objection.

Ozekhome had pleaded with the court to acquit and dismiss the charges filed against Kanu, arguing that the 15-count amended charge was defective and baseless.

Specifically, Ozekhome informed the court that his application seeks to quash, strike out and dismiss the 15-count amended charge against Kanu for incompetence and denying the court of jurisdiction to entertain the charge.

However, Labaran asked the court to discountenance Kanu’s objection and proceed to order him to enter defence.

Director of Legal, Directorate of State Services (DSS) told the court that Kanu’s family members brought a cloth with a lion’s heart, which, he said “offends our standard operating procedures.”

Ozekhome had complained that despite the court’s order, the DSS had refused Kanu to change cloths. Justice Nyako asked the defendant; “Kanu, what type of cloth do you want to wear?
“I want to wear the clothes of my people, “Isi Agu,” Kanu replied.

Responding swiftly, the judge said: “That kind of cloth cannot be worn in my court. BESIDES, Kanu told the court that he was going blind and pleaded with the judge to rescue him, saying that since his detention, he had not been allowed to use the reading glasses provided by his family.

Ozekhome told Justice Binta Nyako that his client’s glasses brought to Kenya where he was arrested was damaged, while being arrested.

The defendant further claimed that the DSS seized the glasses he brought to Nigeria in 2015 when he was first arrested and have not been released to him.