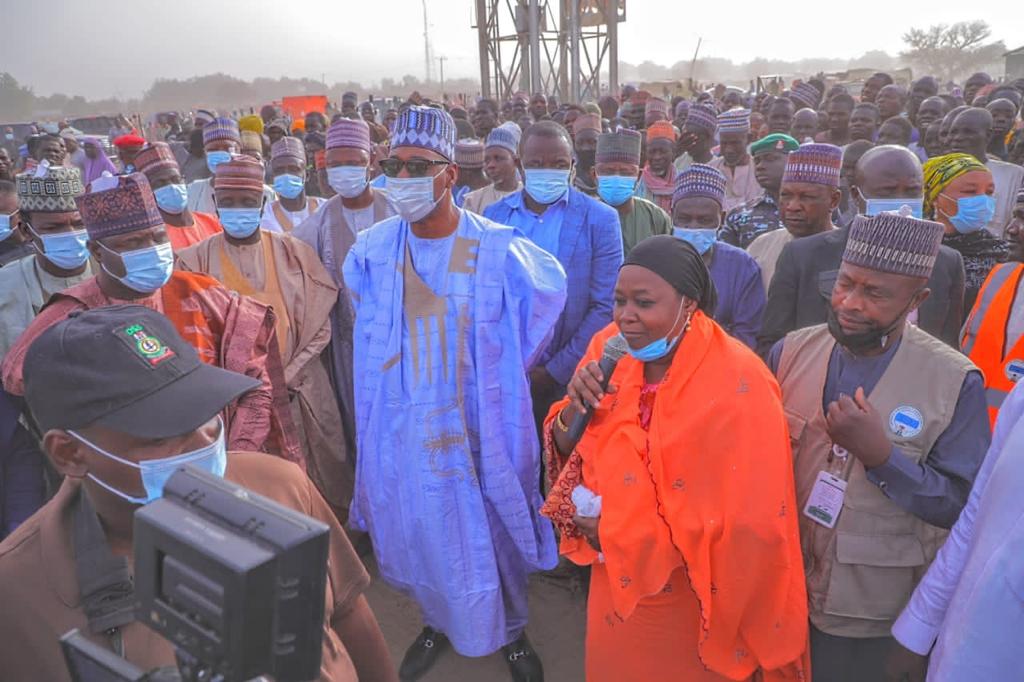 Borno State Governor, Prof. Babagana Zulum has said the resettlement of internally displaced persons (IDPs) to their ancestral homes was largely misunderstood by many, insisting that at no time has his government forced anyone to relocate from IDP camps.

The governor made the clarification at the weekend during a visit to Muna Elbadawy IDP camp which was affected by inferno.

Zulum had during a visit to the camp situated on the outskirts of Maiduguri where the fire disaster claimed one life, and injured 17 others with over 100 shelters destroyed, said it was sad that “many do not understand why Borno State government is trying to resettle IDPs back to their ancestral homes.”

He said that there was never any point the state government forced any IDP back to their homes.

The governor while paying sympathy visit to victims of fire disaster, directed Borno State Emergency Management Agency (SEMA) to list and submit details of the number of affected households for proper intervention by the state government.

Zulum, while sympathizing with the victims, announced that the state government is looking at all possible ways to collaborate with the federal government and humanitarian partners to come up with a mechanism to resettle them and other remnants of IDPs in and around Maiduguri back to their ancestral homes or nearby towns such as Ngwom.

The governor, who decried the terrible situation they are living in, said the sanitary condition, poor shelter and congestion, even though the camp is not an official one, has made it compelling to resettle the IDPs back in a dignified manner.

The governor further explained that the resettlement will enable them to reestablish their livelihood and give them the ability to properly discipline and safeguard the moral upbringing of their children.

He added that this will also allow the host communities to develop by decongesting its population.

Governor Zulum was briefed and conducted round the facility during the visit by the NEMA Coordinator (North East), Usman Mohammad Aji, and the Director General Borno (SEMA) Hajiya Yabawa Kolo.

The coordinator informed the governor that the fire started at about 1 pm from one of the tents at the camp where one of them was cooking. However, it was brought under control by personnel of the State Fire Service.

In a related development, the National Emergency Management Agency (NEMA) has swung into action, distributing relief materials to the IDPs at the Muna Elbadawy camp.

A statement on Sunday by the spokesman of the agency in the North East, AbdulKadir Ibrahim said as a follow up to The Director General NEMA Alhaji Mustapha Habib giving the zonal office an approval to fast track the routine food distribution of food items to IDPs in Borno state the food distribution began “tiday with Muna Elbadawy IDP camp being the first to benefit to provide immediate succour to the affected households.”

He noted that the federal government through NEMA has been supporting the Borno state government with routine food distribution for 35000 households of IDPs in IDP camps, host and resettled communities in the state.

The impact, challenges and prospects of Nigeria’s National Development Plans