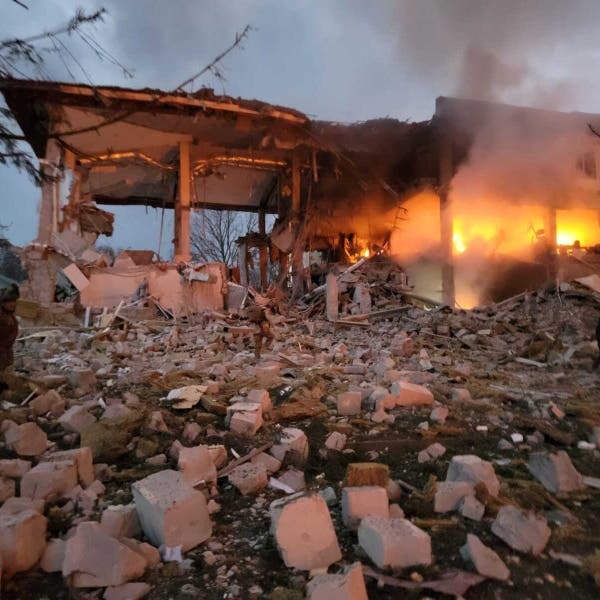 •Over 35 killed, more than 100 injured in Russian airstrikes at Ukraine base near NATO facility-official sources

•More than 100 were injured after missiles hit a base used to train foreign fighters. An American journalist was killed while reporting in a Kyiv suburb that has come under heavy shelling.

Russia took direct aim on Sunday at a training site for foreign fighters in Ukraine, launching a barrage of airstrikes at a military base near the Polish border that killed at least 35 people and brought the war perilously closer to NATO’s doorstep.

A day after warning that weapons flowing into Ukraine from Western allies were “legitimate targets,” Russia carried out the aerial assault against the base 12 miles from the frontier with Poland, where American troops are deployed to bolster NATO’s defenses. Ukrainian officials said that Russian warplanes launched from western Russia and the Black Sea fired about 30 missiles, 22 of which were intercepted by Ukraine’s air defenses.

The base, known as the International Peacekeeping and Security Center, was a training ground for up to 1,000 foreign fighters as part of the new International Legion that Ukraine has formed to help fight Russia, a Ukrainian military official said.

On “Meet the Press” on Sunday on NBC, President Biden’s national security adviser, Jake Sullivan, described the strike, which also wounded at least 134 people, as a sign that Russian forces were expanding their targets in Ukraine because they were “frustrated by their lack of ability to take some of the major cities” and failure to meet their objectives. Here are the latest developments:

Booms, smoke and fire signal the horror of Russia’s attack on a Ukrainian military base.

A soldier hurt in Sunday’s attack at a base close to the Polish border was among the wounded seen outside the nearby Novoyavorivsk District Hospital.Credit…Brendan Hoffman for The New York Times

Hours after Russian missiles decimated a military base near the Polish border on Sunday, soldiers in camouflage were still being wheeled out of an overwhelmed nearby hospital on stretchers, many in so much pain they could only turn their heads to reveal eyes stricken with fear.

The soldiers, who were headed to larger hospitals with more capacity, were casualties in one of the worst attacks in the war thus far by Russian forces on the western region of Ukraine.

The base at Yavoriv, a strategic hub for military training, is roughly a dozen miles from the border with Poland, a member of the NATO alliance and the European Union. It was the closest Russian missiles had landed near NATO territory since Russia invaded Ukraine, deepening fears that the conflict could spread into a wider war.

“After us, comes Europe,” said Volodymyr Matseliukh, the mayor of the nearby town of Novoyavorivsk. “For as long as Russia is not punished, no one in Ukraine or in Europe is safe.”

Volodymyr Matseliukh, the mayor of Novoyavorivsk, warned that no one in Europe was safe.Credit…Brendan Hoffman for The New York Times

With much of the fighting in recent weeks contained to Ukraine’s south, north and east, many have tried to escape the violence by traveling west to places like Novoyavorivsk, the town near the base, which until early Saturday morning had not been bombed since the first day of the war.

“People thought they were safe here because they are under NATO’s shelter, due to the proximity of the border,” said Volodymyr Lytvyn, a banker and former Ukrainian government minister who had come from the capital, Kyiv, to Novoyavorivsk, his hometown.

“Now people are really panicked,” he said. “They began looking for real shelters. They had this illusion that we are so close, that Patriot missiles from Poland will shoot whatever flies in proximity. But it appears that this is not the case.”

Flames ripped through the sky just before dawn on Sunday as the attack began, following a series of deafening explosions. In a matter of seconds, entire structures could be seen crumpled to the ground in footage sent to The New York Times by a fighter at the base, the booms roaring and clouds of smoke blocking out the sky.Video

Vasil, a middle-aged bus driver who had been on his way back from driving refugees to the border, said it was around 5:50 a.m. when he heard the deep “buh-buh” blast. “The entire sky was in flames,” he said. Vasil, who declined to give his last name out of fear for his personal security, added: “I am a God-fearing man. I took off my hat, looked at the sky and prayed.”

The strike killed at least 35 people and injured at least 134 more, according to Ukrainian officials. Russia’s Defense Ministry claimed it killed 180 foreign fighters in the attack. The Times could not independently verify either count, and government sources on each side have been found to inflate their opponents’ military casualties.

Maps: Tracking the Russian Invasion of UkraineRussian missiles hit a military base near the border with Poland, the latest in a series of new airstrikes in western Ukraine.

About 1,000 foreigners hoping to help Ukraine fight Russia were believed to be training at the base, known as the International Peacekeeping and Security Center, part of the new International Legion that Ukraine has formed to help repel Russia. The authorities did not mention whether any foreign citizens were among the dead or wounded.

Videos show several structures nearly destroyed, or still burning, as well as a large crater next to the camp’s training facility and sports fields. The crater was so deep a truck could fit into it, the man taking the video can be heard saying. The fires raged for hours after the explosion and were not extinguished until around 3 p.m.

A photograph provided by a fighter shows damage by Russia on Sunday to a building at the International Peacekeeping and Security Center, a military base in western Ukraine.

Soldiers who were on the base during the attack described the scene of terror. It was “hell,” said Jesper Soder, a Swedish fighter. “They know exactly what to aim for. They know exactly what they did. And they were targeting us. And I said, in one hour we will be finished if we don’t get out. And I told everybody, and a lot of people followed me, and a lot of people stayed.”

Mr. Soder added, “A lot of them are traumatized.”

A gymnasium at a Novoyavorivsk school  was converted into a temporary shelter for  displaced people.Credit…Brendan Hoffman for The New York Times

An American fighter, who asked not to be identified over security concerns, said he had previously worked in explosives in Iraq for the military and described the missile hitting the ground, sounding like a jet crash. He said it set the roofs of buildings ablaze and sent people screaming.

At the hospital in Novoyavorivsk, doctors could be seen on Sunday afternoon tending to the wounded who remained, calling out to nurses about spinal injuries, damaged ears and trauma to a skull.

Since the 1990s, soldiers from the United States, Britain, Canada, Poland, Latvia and other Western allies have used the base to train Ukrainian forces.

One of the buildings that was hit in the attack was in an area where American, Canadian and other foreign military instructors had stayed before the invasion, according to a broadcast journalist for the U.S. Army who covered multinational training at the base.

A wounded man being taken to an ambulance on Sunday at the hospital for transfer to a bigger one with more capacity.Credit…Brendan Hoffman for The New York Times

Dozens of soldiers from the Florida Army National Guard had been training Ukrainian troops at the base as part of a NATO mission until Defense Secretary Lloyd J. Austin III ordered them to leave the country last month, days before the Russian invasion. The base has also trained troops for peacekeeping operations that Ukraine has participated in, often as part of United Nations missions elsewhere in Europe and in Africa.

The town of Novoyavorivsk was established in the 1960s for workers at a nearby sulfur mine and the military base. High apartment buildings span the city’s blocks, with large courtyards inside. Since the collapse of the Soviet Union 30 years ago, much of the town has been dependent on cross-border trade with Poland.

After the blast at the military base, Mr. Lytvyn, the banker and former Ukrainian government minister, said he packed up his parents, sister and extended family and sent them to Poland.

His father, Mykola, a retired engineer, had not wanted to leave the town he helped engineer and build, and his mother, Olha, had not anticipated the trip: A vase of orange tulips still sat on the kitchen table and a freshly made pot of chicken stock was on the stove on Sunday afternoon after they left.

Mr. Lytvyn’s sister Nataliya cried as she said farewell to him and to her son-in-law Myroslav, neither of whom were allowed to leave the country because of a ban that Ukraine’s president, Volodymyr Zelensky, instituted for men of military age.

Volodymyr Lytvyn hugging his niece, Marta Yavorska, as she got ready to leave Novoyavorivsk for Poland on Sunday.Credit…Brendan Hoffman for The New York Times

“What hurts me most is what they feel,” Mr. Lytvyn said.

Early Sunday about a dozen families had been sleeping on mattresses in the gym of a nearby primary school when they were shaken awake by the attack.

“It was so scary,” said Dasha Storezhenko, who had arrived five days earlier from Kharkiv, which has been heavily bombed by Russian artillery since the first days of the war. She was resting on a mattress with her sister, two daughters and 5-year-old son, Sasha, who was watching cartoons.

Sasha, Ms. Storezhenko said, had been asking to sleep in the basement after Kharkiv was pounded for days with missiles. Several days ago, he announced that when he grows up, he will defend Ukraine against the enemy.

“We thought we would be safe here,” the mother said, “but now we cannot go outside.”