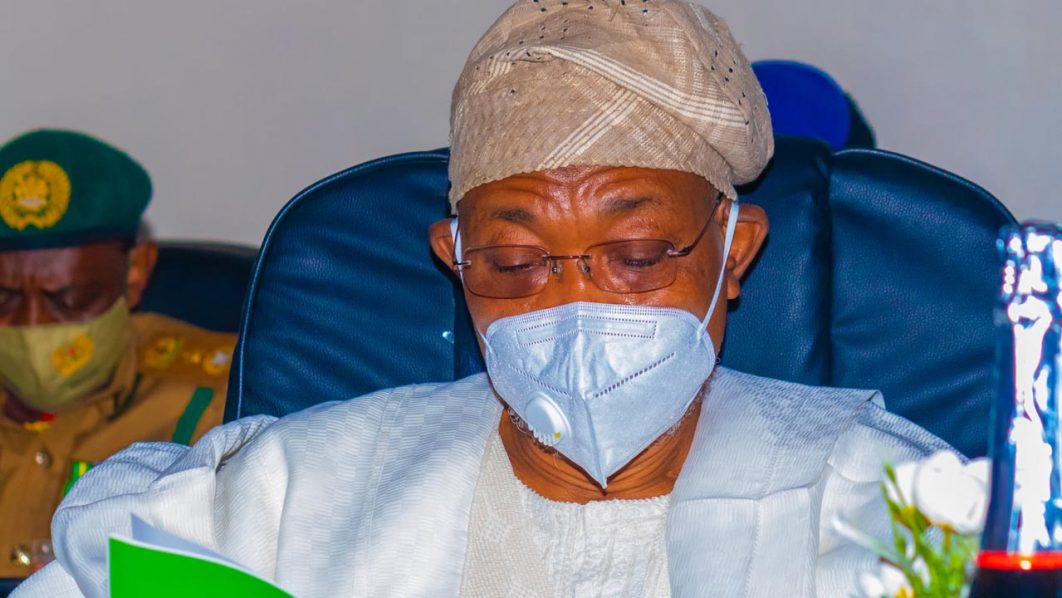 By Timothy Agbor and Ernest Nzor

The leaderships of the Nigeria Police Force (NPF) and the Nigeria Security and Civil Defence Corps (NSCDC) on Monday issued contradictory statements over attack on the former governor of Osun State and Minister of Interior, Rauf Aregbesola, in Osogbo.

Reacting to the incident, the Commissioner of Police in the state, Olawale Olokode, described it as conduct likely to cause a breach of public peace.

In a statement made available to newsmen by the spokesperson of the command, Yemisi Opalola, Olokode alleged that the minister was moving with security and some unidentified thugs when the incident happened.

The CP said Aregbesola’s security details were shooting without provocation, adding that he was not attacked by any thug.

BUT speaking, on the contrary, the Osun NSCDC Commandant, Emmanuel Ocheja, claimed that “unknown hoodlums” attacked the convoy of Aregbesola.

In a statement made available to journalists by the spokesperson of the command, Atanda Olabisi, the NSCDC alleged that it was an attack on Aregbesola but his security details were able to disperse the hoodlums.
MEANWHILE, loyalists of Aregbesola and those of the incumbent governor of the state, Gboyega Oyetola, have traded blames over the alleged shooting that happened in Osogbo on Monday.

While the Alhaji Rasaq Salinsile-led faction of the All Progressives Congress in the state alleged that there was a plot by Oyetola to kill the Minister of Interior, Special Adviser to Governor Oyetola on Political Affairs, Sunday Akere, said there was no truth in the allegation.

Salinsile raised the alarm in a statement issued by the faction’s Publicity Secretary, Abiodun Agboola.

Akere said there was no truth in the claim that Aregbesola wanted to be assassinated, adding that Aregbesola’s loyalists raised false alarms so as to cause crisis in the state, get sympathy and make the Federal Government declare a state of emergency on the state.

In the same vein, the civil rights advocacy group, Human Rights Writers Association of Nigeria (HURIWA), has said that there is a need for security agents to quickly halt the unfolding political thuggery in the state.

The group, in a statement on Monday by its National Coordinator, Emmanuel Onwubiko, said the call becomes urgent with the supremacist tussle and the battle-line drawn by Aregbesola with his successor and governor of the state, Oyetola, ahead of Saturday’s All Progressives Congress (APC) governorship primary in the state.

“The Monday shooting is only a precursor to greater danger looming in the state this political season. Security agents must be at alert and rein in on mischief-makers and political thugs no matter whose camp they belong.

“Political office holders, whether at the state or federal levels, must desist from using elections as a show of might and to cause a breach of public peace.

“While HURIWA is not concerned about the rivalry between Aregbesola and Oyetola factions within the APC, it is important to call on the APC leaders at the centre, including President Muhammadu Buhari to call Aregbesola, Oyetola and other warring factions to order ahead of Saturday’s governorship primary.

“Politics thrive in the absence of tension, intimidation and threat to life. Members of the APC in Osun should go peacefully to the ballot this Saturday and elect their candidate. Oyetola, Aregbesola and other factional leaders in Osun APC should be made to sign a peace pact before February 19, 2022. Both Oyetola and Aregbesola should be held accountable for any breach of public peace arising from the governorship primary election this Saturday.”