Professor Zulum and his ‘empty seat of power’ 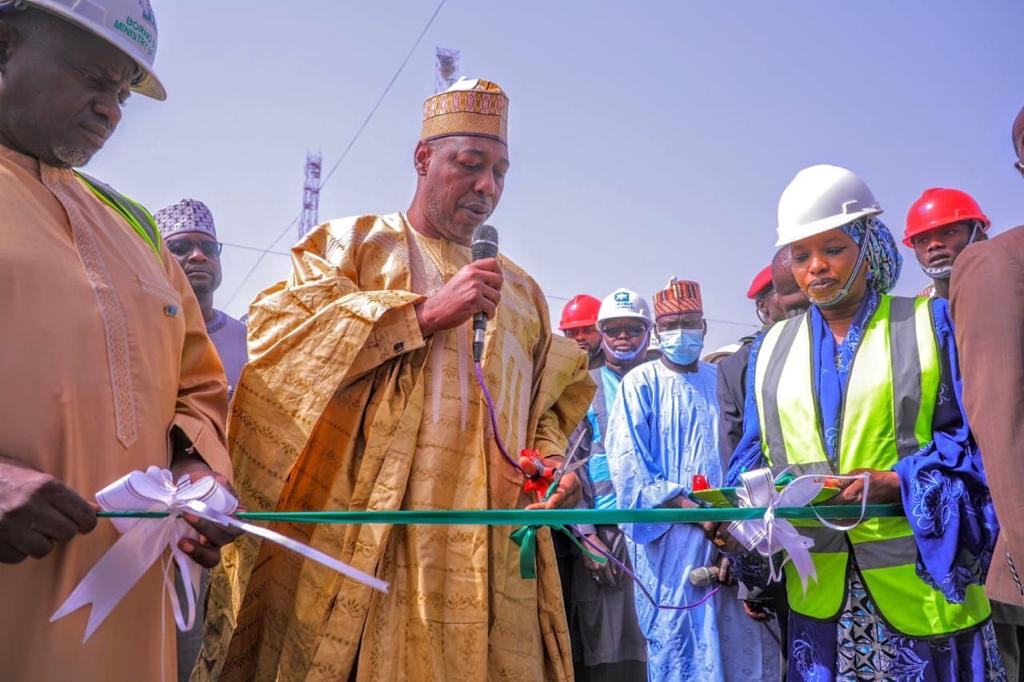 From the most part of March 2020 to date, I have observed that Borno’s governor, Professor Babagana Umara Zulum, abandons the executive red chair, and desk in his main office at the Government House in Maiduguri.

So far, Prof has left that elegant ‘seat of power’ largely idled for nearly two years.

On Thursday, May 30, 2019, Professor Zulum, for the first time, sat on that powerful red seat, flanked by two Nigerian flags in the elegant office of the governor. He continued to sit on the same red seat whenever he was at his office.

Suddenly, around March 2020, the Professor began to neglect that red seat of power. But why?

By his nature, Professor Zulum is exceedingly a workaholic, an extraordinary goal-getter and he is very time-conscious. It is difficult to hold a 15-minute dialogue without Prof unconsciously talking about one project, programme or policy.The governor’s mind and office are always about work.

While Zulum was using the red chair, he often had to move back and forth between the cosy red seat and a green conference table surrounded by nine chairs at the centre of his office. He prefers to hold meetings on the conference table rather than surrounded around the red seat.

Ahead of every work day, Prof would line up a number of individuals or groups of persons he either invited or gave appointments. For each person or group, he would allocate time, and always conscious of the time he sets. When anyone arrives, Prof would start with a brief salutation and go straight to the point, aiming to conclude individual sessions within five to 10 minutes and offering slightly more time for groups, depending on the issue in focus. Severally, the governor would host commissioners with heads of establishments under their supervisions and technical officials relating to particular projects around the green conference table. Perhaps, because Prof is too time-conscious, the speed with which he hosts meetings and deals with all kinds of issues, makes it less necessary for him to shift from the green conference table back the red ‘seat of power’. With time, Prof unconsciously stopped alternating between the red ‘seat of power’ and the green conference table. It is now nearly two years since Professor Zulum has only been operating from that green conference table, at the expense of the red ‘seat of power’.

I beg your pardon, I think from March 2020 to date, Professor Zulum did sit on the red ‘seat of power’, about 10 to 15 times, and in most instances, he was video recorded for state-widebroadcasts in the heat of the COVID-19 pandemic back in 2020, ahead of the June 12 democracy days in 2020 and 2021, and over some serious issues of public concerns.

Aside those momentous occasions, the red ‘seat of power’ stayed empty. Prof continues to operate from the green conference table whenever he is at the office.

But is there a potential message in Professor Zulum’s‘addiction’ to his office’s conference table rather than the red seat?

In her 2019 research article on the ‘psychology of conference tables’ published by Science of People.com, a behavioural scientist, Vanessa Van Edwards, infers that conference tables convey meanings of serious business and each seat, from that of the boss, to every seat around the conference table, conveysa particular meaning. She implies that anyone walking towards a conference table is bound to develop the mentality of becoming work-focused and less of sociality, whichdefinitely fit into the very nature of Prof Zulum.

As a Professor, who writes and reads a lot of research articles, Zulum apparently realized that seating around a conference table, rather than on the red ‘seat of power’ sends a message to everyone coming into the governor’s office – it’s nothing but work.

Of course, Professor Zulum’s operation from a conference table does not mean that other governors and chief executives who use their official ‘seats of power’ are not dedicated orefficient. It is a matter of style! After all, Zulum himself is far more addicted to working in the field, an attribute from his engineering training, a professor at that discipline.

And as I once wrote, Zulum is an early riser. His work clock begins from 6 am and ends between 11 pm and 12midnight.

Most times, he would send invitations at night to assemble government officials who head organs of particular sectors, particularly education, healthcare and humanitarian services. The officials converge between 6am and 7am next day at the government house. Prof would then appear, often driving himself, to lead a small convoy of two or three private vehicles. At that point, officials who may have fallen short of meeting project targets after being funded may then start praying that the Prof does not visit their projects’ sites. Perhaps, the Prof, as a strict religious adherent, offers counter-prayers earlier at dawn before he sets out. So, he ends up heading straight to the sites that the officials do not want him to visit. Zulum detests poor performances and he rewards productivity so fast, and so well.

I should also hint that Prof has a number of trusted youths that he regularly assigns to obtain corroborative footages and photographs on work progresses, to compare with whatever reports he gets from officials in charge of projects and programmes. No matter how much Zulum trusts any official, the Professor rarely relies entirely on a single source of information. Consistently, he demands corroborative evidences from different sources and his style makes falsehoods less likely to come his way.

Regularly, Prof Zulum argues that keen monitoring and evaluation is one of the key enablers of the successes in private sectors when compared with public sectors. Zulum often cites that some workers earn more in public sectors but less dedicated compared to private workers with less pay, duelargely to strict monitoring and evaluation in private sectors.

In the meantime, Zulum had in his 2022 budget address,announced a critical plan to introduce a new system of effective monitoring and evaluation in Borno’s public institutions, starting with schools, hospitals and water services.

Certainly, Zulum’s regular monitoring keep heads of public institutions on their toes, especially when they know that the governor can show up at oddest hours. More so, Professor Zulum does not appear to enjoy relaxing in the office, a(subconscious) attitude that has left largely empty, the governor’s red ‘seat of power’.

Isa Gusau is a special adviser and spokesman to Governor Zulum.