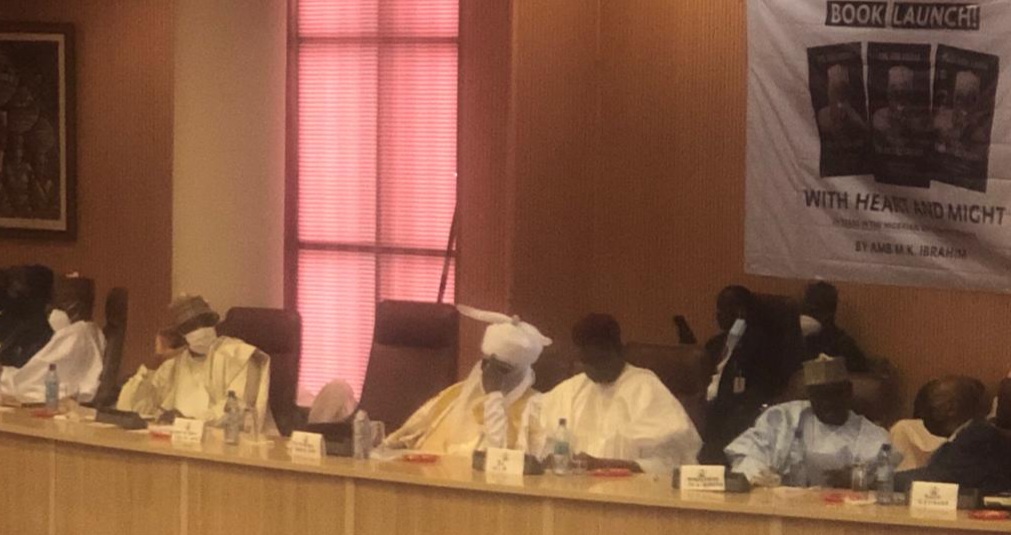 The Federal Government has been asked to review the pension paid to retired career ambassadors as the current payment of between N50,000 and N100,000 has fallen short of present economic reality.

This was the position of scores of ambassadors who thronged to the book launch written by one of their own, Ambassador Mohammed Ibrahim at the weekend in Abuja.

The book titled: “With Heart and Might”, detailed the 33 years experience of the writer in the Foreign Service.

The book reviewer, Ambassador Brownson Dede, who was Assistant Secretary General for the Organisation of African Unity (now African Union) and Ambassador to Ethiopia and Eritrea, said: “After 35 years and representing the country at the highest level in the international fora, career ambassadors retired on a paltry pension of between N50,000 – 100,000 is just inadequate.”

Dede, who was also the Permanent Representative of Nigeria to OAU, and
Director General in the Ministry of Integrationn and Cooperation in Africa in the Presidency before his formal retirement in 2003, added that: “This is unthinkable for people who have served their country meritoriously, with heart and might, sometimes putting their lives and that of their family in danger as contained in the memoirs of Ambassador MK Ibrahim.”

Ambassador Pius Ayewoh, who was Ambassador to Algeria and the Permanent Representative of Nigeria to the UN in Geneva, Switzerland also added his voice to the appeal, insisting that something urgently needed to be done to express the appreciation of Nigerians to the services offered by these former envoys.

He noted that this situation has placed some of the retired ambassadors in embarrassing situations like not being able to pay for medical upkeep and maintaining accommodation.

He called on government to do something urgently to ameliorate the sufferings of retired career ambassadors, who are faced with geriatric health challenges and rising cost of living, that cannot be met from such paltry monthly pensions.

Ambassador Ozo Nwobu, who was one of the anchors of the book launch programme, wondered why government should in his view, allow such a rich pool of human capital to atrophy and waste in retirement.

He noted that the retired career ambassadors are human capital assets of the nation and should be treated as such.

He said: “My primary concern, in addition to the impact on the post retirement lives of the career ambassadors was the disincentive the poor monthly pensioned served to younger officers in the service, who would not be incentivized to give their best or for that matter to put country before personal interests.”

The ambassadors told our correspondent that an appeal/request for a pension review for career ambassadors was submitted to the federal government in 2017 and that it continued to be source of concern that five years after nothing has been said or done about it.