Russia could invade Ukraine ‘at any time’-British defence chief 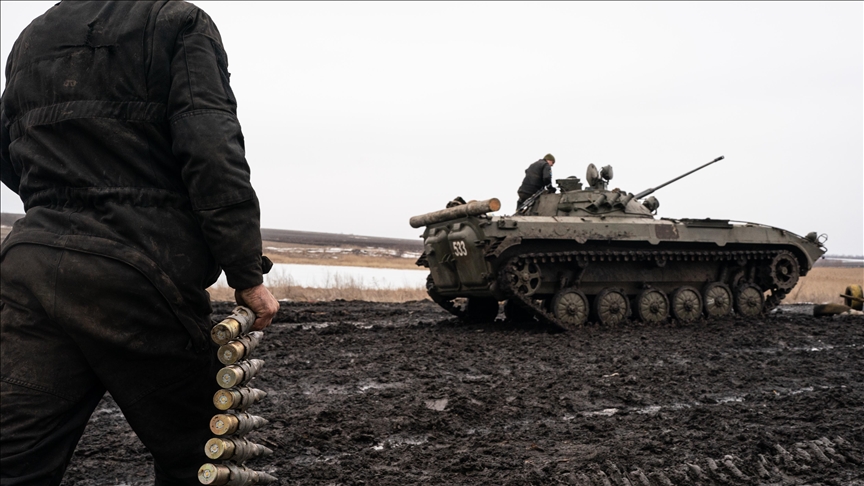 Speaking at a news conference at the British embassy following his meeting with his Russian counterpart Sergey Shoygu in Moscow, he said that Russia’s military actions on the border of Ukraine are “not normal.”

Wallace said he received an assurance from Kremlin that an invasion was not planned, but with 130,000 Russian troops alongside Ukrainian border, that assurance would be judged by Russian action.

“Currently there’s over 130,000 troops stationed at readiness or exercising; plus warplanes, plus ships into the Black Sea, on the borders of Ukraine and that is an action that is not normal,” Wallace said.

“It is beyond normal exercising therefore we will judge that statement on the evidence,” he added.

He said the current disposition of Russian troops meant they could do “a whole range of actions, including an invasion of a neighbouring country, at any time.”

Wallace described his meeting with Shoygu as “constructive and frank” and said he hoped it has “contributed to a better atmosphere but also to de-escalation, but there is still considerable way to go between the two of us.”

He said he agreed with Shoygu on the importance of implementation of the Minsk agreement “as a clear way forward.”

Wallace said the disposition of Russian forces in Belarus and Ukraine “gives the ability to do a whole range of actions, including an invasion of a neighboring country at any time,” adding that he made clear that “any invasion would have severe consequences and destabilize the security of Europe.”

He said he “reiterated” during his meeting with the Russian minister that “to its very core, NATO is defensive.

“We are not interested in dividing and ruling Russia. We are not seeking confrontation,” he said.

British citizens have been advised not to travel to Ukraine and those who are in the country should leave according to a Foreign Office travel advice update on Friday.

“Since January 2022, the build-up of Russian forces on Ukraine’s borders has increased the threat of military action,” it said.

The British Embassy in Kyiv will remain open but “will be unable to provide in-person consular assistance.”

“British nationals should leave while commercial options remain,” it added.

The advice also said to those who prefer not to leave Ukraine to “remain vigilant throughout due to potential combat operations, keep your departure plans under constant review and ensure your travel documents are up to date.”

Israel on Friday advised its citizens to avoid travel to Ukraine and decided to withdraw diplomatic staff and families from the country.

According to a statement from the Israeli Foreign Ministry on Friday, the country has also decided to evacuate the families of Israeli diplomats and employees at the embassy.

The ministry also advised citizens to refrain from travelling to Ukraine.

South Korea has also asked its citizens not to travel to Ukraine and urges those in Ukraine to leave the country amid tensions between Russia and Ukraine, according to the Newsweek website.

There are at least 341 South Koreans in Ukraine, including embassy staff, officials said.

*Elena Teslova from Moscow contributed to this story.