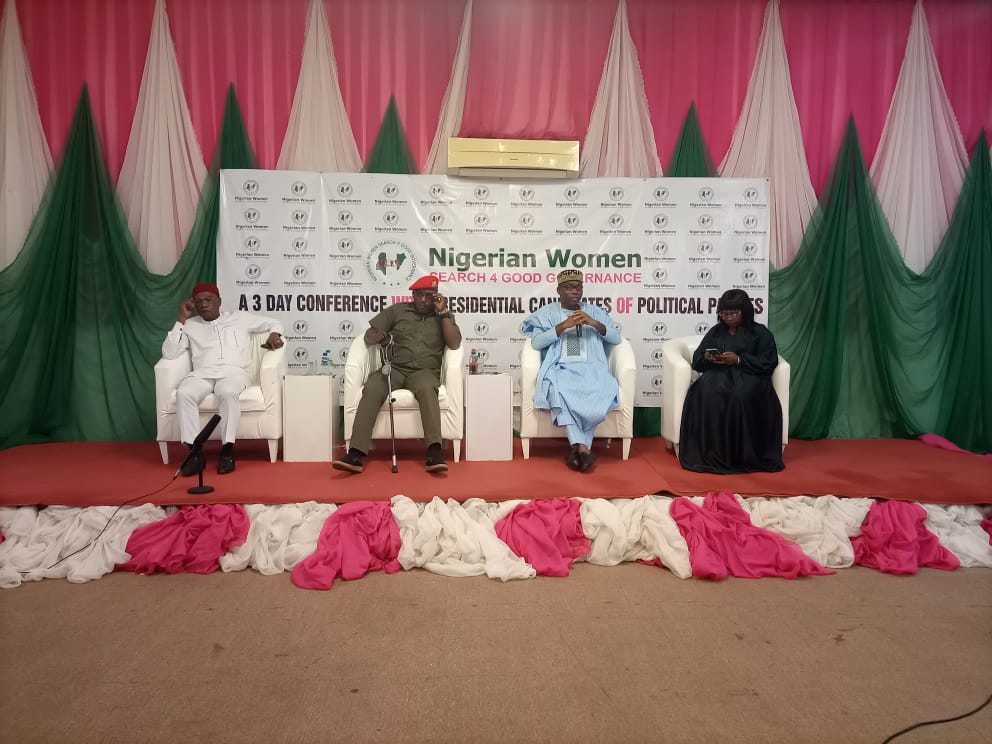 Presidential candidate of the Sustainable Democratic Party (SDP) Adewale Adevayo, has pledged to run a high level of women inclusive government should he win the forth coming 2023 presidential election.

Adebayo made the pledge over the weekend in Abuja at a three-day conference with the theme: ‘Good Governance for Better Nigeria,’ organised by the Nigerian Women 4 Good Governance.

According to him most of Nigeria’s problems would be solved only if families and women were empowered.

Adebayo said that adequate representation of women in government would not only make it work but also save Nigeria from many troubles.

“With the way I approach governance, women have a major role to play because I grew up well-taken care of. In fact, my attitude to governance arose from the fact that I grew up in innocence.

“The problems of government did not affect me that much because of the family from which I came.

“And my aim, therefore, is to make sure that however long I stay in power or government, whether long or short, I will empower families. Because failure to empower families is the problem of Nigeria.”

Adebayo said that women empowerment would have significant impact on the country, this is as “Women are better managers. In Nigerian society women carry the burden but men run the government.”

On his part, Senator Ahmed Mo’Allayidi reiterated that it matters for women to be in place of political power.

He said, “The only specie passionate about the well being of others is women, it is only through women that policies are redesigned and implemented.

“Opportunity must be given to women to be involved in governance as they have the ability to resolve conflict as well as conflict resolution.

Also the convener Sa’adatu Abdullahi decried the worst situation of insecurity in Nigeria, resulting from bad leadership, she lamented the situation affecting women from every dimension.