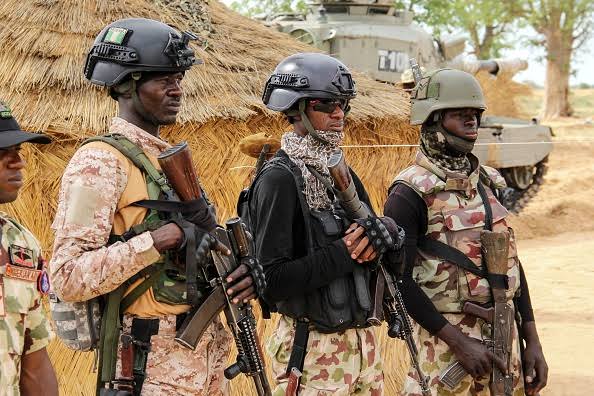 At least six soldiers have been killed and Commanding officer of 93 Battalion missing after  an ambush by the Islamic State of West African Province, ISWAP, terrorists in Taraba State.

The Terrorists attacked troops on a military operation, at Tati village under Takum local government area of the State.

It was gathered that the troops on reinforcement however eliminated scores of terrorists. An intelligence operative told journalists that the Commander and one of his aides were missing after the attack.

He, however, said that reinforcement troops killed scores of terrorists on different routes.

“There were other military operations in that axis where scores of terrorists were also killed especially at Ananum village in Donga on block force and from Marraraba on reinforcement.

“You know in such operations, especially where the enemies attacked suddenly, a tactical manoeuvre or withdrawal is permitted by commanders and troops to allow for reinforcement. While we are conducting a search and rescue operation, an aggressive military operation is also ongoing in the general area,”

“Though the network in the area is poor for communication, we have evacuated the corpses of the soldiers,” he said.