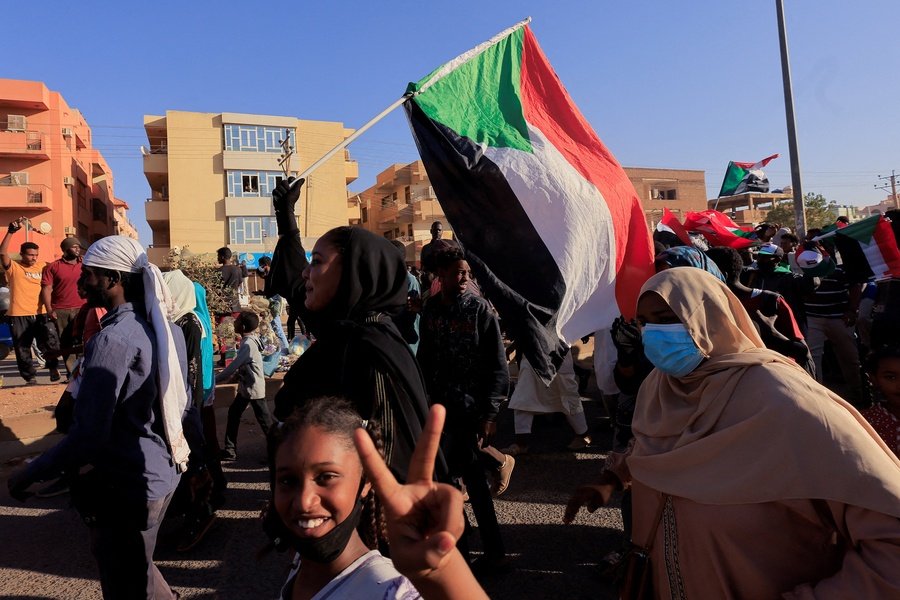 •Sudanese pro-democracy protesters have been more resolute in calling for an unconditional end to military rule than many Western democracies, which have been all too willing to condone a return to the status quo ante.

As the fraught standoff in Sudan enters its fourth month, pro-democracy demonstrators persist in resisting the military officers that seized power in October. Their courage and determination deserve the world’s attention and support, as security services continue to use deadly force against demonstrators, arrest human rights activists, and muzzle the press.

At the heart of the impasse are two different ideas about how political legitimacy is derived. For the junta, the use of force is not just a means extinguish opposition: their capacity and willingness to use violent coercion is at the heart of their claim to leadership. Military leaders use paternalistic language about “correcting the track” or being “guardians” of political developments, suggesting that their natural place is to judge developments in Sudan and bring out the guns as they see fit.

But the civilians that began calling for change in 2018 want governing authorities who derive their power from popular consent and are accountable to the demands of citizens. They want democracy, and their patience for proposals that depend on the benevolence and support of the security forces has worn thin. In part because so many foreign countries with interests in Sudan have been reluctant to abandon the notion that civilians and the military should share in political power—despite the flaw in this formula having been made painfully clear by the October coup—their democratic vision is also increasingly nationalist in its tenor. International intervention is viewed with suspicion, because the fundamental idea animating civilian protesters is that the Sudanese people, in all of their diversity and complexity, should be in the driver’s seat of fashioning Sudan’s future. This complicates the United Nations’ already precarious attempts to facilitate dialogue that could end the impasse.

Yet the economic realities that Sudan confronts mean that external actors still matter. Certainly, the security elites clinging to power are working assiduously to shore up international support and tamp down potential regional complications. News that Sudan plans to ramp up gold exports to cover necessary expenditures points to the difficulty the military has in governing without international assistance, which was frozen in the wake of the coup. It is a dubious proposal, not least because it threatens to squeeze the lucrative gold smuggling networks that elites in the security services have long used to enrich themselves. The Biden Administration is right to condition any resumption of financial assistance on an end to the violence and wise to listen to a wide variety of civilian voices in Sudan—voices that should carry greater weight than the wishes of governments in Cairo, Abu Dhabi, or Riyadh. Greater clarity about the impossibility of a “return” to any framework giving the military the capacity to block reforms would also be constructive. There is no discernable value in the United States seeking simply to end the stalemate; it is the “how” that matters. Continued military dominance in Sudan is a bloody road to nowhere.

This publication is part of the Diamonstein-Spielvogel Project on the Future of Democracy.