There could be 10 million Ukrainians fleeing Putin’s bombs 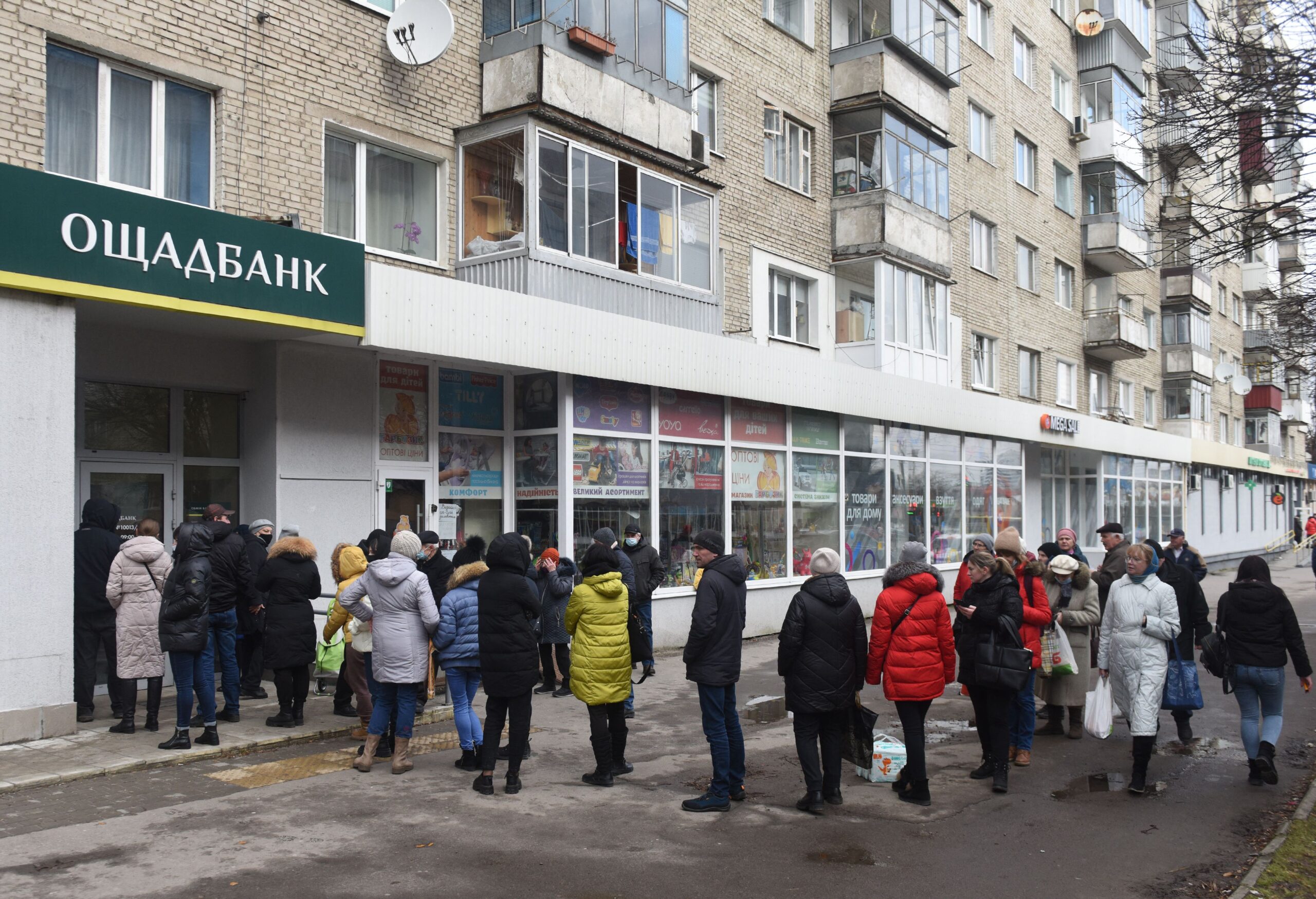 •Europe has opened its borders to the continent’s biggest exodus of refugees since 1945.

As Ukrainians flee in massive numbers, Europeans have opened their countries and homes with unprecedented speed and generosity. The scale and pace of the Ukrainian refugee exodus—more than 1 million within only a week—dwarfs even the worst of recent humanitarian crises and is quickly approaching the epic dislocations last seen in Europe in 1945. In Syria, it took two years before refugee flows reached a similar level. In 2015 and 2016, the European Union took in 1 million asylum-seekers each year from Syria, Afghanistan, Iraq, and elsewhere, and this so-called migration crisis quickly turned into an existential issue for the continent. Ukraine, with twice the population of Syria and three times its territory, could generate over 10 million refugees and internally displaced people in the coming months and years. Nonetheless, recent international experience and initial European responses suggest that the open-door strategy is sustainable—not to mention morally right.

We already know that most refugees seek shelter in neighboring countries. Syrians primarily fled to Turkey, Lebanon, and Jordan; Afghans to Pakistan and Iran; and South Sudanese to Uganda, Ethiopia, and Sudan. This makes sense since families fleeing conflict, often on foot or by any immediately available transport, will search for refuge in the closest area where they can find protection. In principle, staying close to home can also expedite returning home once the conflict ends. Neighboring countries are also likely to host diaspora communities that can help ease the hardship and transition for refugees.

This global rule applies fully to the crisis in Ukraine. Over the past week, a majority of refugees fled to Poland—which already had a large and well-integrated Ukrainian community of over 300,000—with the rest going primarily to the other states on Ukraine’s western border: Hungary, Moldova, Slovakia, and Romania. Some Ukrainians are moving and will move to other parts of Europe or countries with large diasporas, such as the United States and Canada, but many will stay in the front-line states of first refuge. Being uprooted is difficult every time.

None of the front-line states are as affected as Poland, which immediately mobilized for the influx. The mass deployment of Polish government officials, municipal workers, emergency services, and ordinary civilians on behalf of Ukrainian refugees is as admirable as it is unsurprising. Etched deep into Poland’s DNA is the memory of Soviet and Nazi aggression—and the experience of facing impossible odds against an occupying power. Poland’s support to Ukrainian refugees is visceral as much as rational.

The sheer scale will strain Europe and the world, requiring systematic preparation and investment now in order to manage over the long haul.

Warsaw’s humanitarian impulse is also strategic: Poland’s commitment to Ukraine’s Western trajectory crosses party lines and reflects the country’s conception of national security. Democratic and prosperous neighbors make for peaceful partners, as Poland has learned with Germany, and a friendly Ukraine keeps Russia one border away from Poland. Polish society has been polarized on numerous issues in recent years—but not on its commitment to Ukraine.

Virtue was also born of necessity. The humanitarian challenge required a whole-of-society response, as the government on its own would not have had the capacity to provide the shelter, food, clothing, and other necessities required within days. And Polish volunteers have thus far stepped up to the call.

Equally resolute has been the response across Europe. “Everyone who has to flee Putin’s bombs will be welcomed with open arms,” European Commission President Ursula von der Leyen declared last Sunday. And the European Union has followed through. On March 3, it granted Ukrainian refugees temporary protection status, providing them a residence permit for at least one year along with full access to education, labor, housing, social benefits, and health care. What’s more, Brussels has opened an EU membership perspective to a free Ukraine, with von der Leyen saying that Ukraine is “one of us and we want them in the European Union.” This week, the European Parliament overwhelmingly adopted a resolution—with 637 votes in favor and only 13 against—calling on the EU leadership bodies to “work towards granting EU candidate status to Ukraine.”

Although Ukraine’s accession to the EU may not be feasible in the near term, millions of Ukrainian refugees have just been granted nearly all the rights and privileges of EU citizens, including the right to vote in local elections in some countries. Over time, depending on how long the conflict lasts, they may be eligible for citizenship in their countries of refuge. By sheer numbers, Ukrainians will shape political developments in individual member states and across the EU for many years to come.

As the outpouring of open-hearted goodwill is gradually drained by the scale of the crisis, a sustainable strategy will require several additional elements.

First, Ukrainian refugees will need significant resources from other parts of the international community. The United Nations’ appeal for $1.7 billion in emergency funds is only a small deposit on long-term requirements, which will likely reach into the tens of billions. Although Europe is generally wealthy and usually donates rather than receives aid, the front-line states in Central and Eastern Europe are middle-income countries and were already overstretched at the start of the crisis. Moreover, Ukrainians are part of a global refugee crisis that requires equal support from all potential donors.

Second, resource mobilization will need engagement by both governments and the private sector. During the Syrian refugee crisis in 2016, then-U.S. President Barack Obama helped galvanize more than $650 million in commitments from 51 companies on behalf of refugees. These pledges helped support more than 6.3 million refugees across 20 countries, provide educational opportunities for more than 80,000 refugees, and employment opportunities for another 220,000.

Third, schools and universities will need to adapt to the needs of displaced students. While Ukrainian refugees in Europe won’t need visas now, other challenges remain, including language instruction, financial aid, community integration, transfer of credits and qualifications, and post-education career prospects. The Institute of International Education’s Platform for Education in Emergencies Response has extensive experience in this area but has never faced a crisis of this scale and speed.

A traffic jam on a boulevard leading out of Kiev is seen as Ukrainians flee the city following the Russian invasion on Feb. 24. EMILIO MORENATTI/AP

Fourth, resettlement to non-EU countries, such as the United Kingdom, Norway, Switzerland, Canada, and the United States, is less pressing in the near term but will be an important part of a global solution over time. Depending on how long the war lasts, Ukraine’s population of 44 million could generate tens of millions of refugees. That is by no means an exaggeration. By comparison, half of Syria’s population has been forcibly displaced over 11 years of war, including by Russia’s brutal bombing of major Syrian cities. Russia’s war in Chechnya, which systematically destroyed civilian areas as well, displaced an estimated 40 percent of Chechnya’s prewar population.

We would do well to recall then-German Chancellor Angela Merkel’s famous dictum in 2015: “Wir schaffen das”—we can do it. In the face of the scale and brutality of Russia’s aggression against Ukraine, the economic fallout of the war, and the overall upending of the global security architecture, the decision to accept and protect Ukrainian refugees is relatively easy and straightforward. But the sheer scale will strain Europe and the world, requiring systematic preparation and investment now in order to manage over the long haul.

Bart M. J. Szewczyk is a nonresident senior fellow at the German Marshall Fund, an adjunct professor at Sciences Po, a former member of the U.S. State Department’s Policy Planning Staff, a former advisor on refugee policy to the U.S. ambassador to the United Nations, and the author of Europe’s Grand Strategy: Navigating a New World Order. Twitter: @bartszewczyk