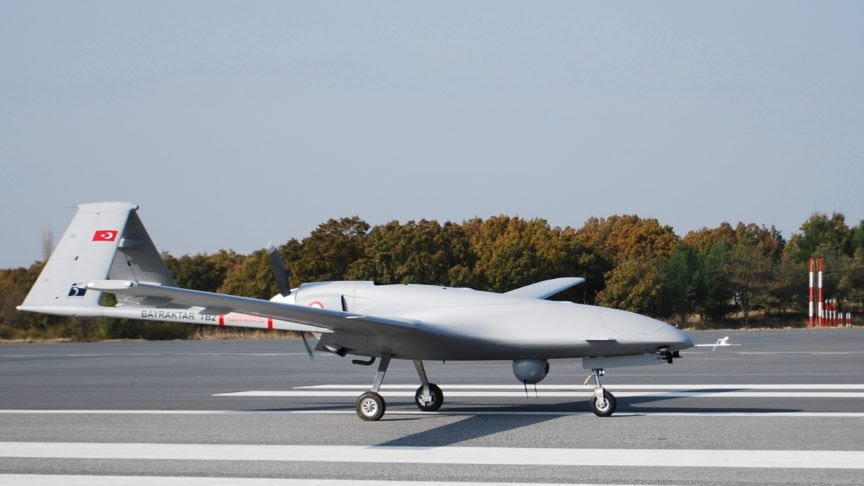 •Turkey has shown how drones can be a powerful foreign policy asset. The EU and its member states should work with the country to lead the development and regulation of this technology.

Few analysts predicted the dramatic shift in the Libyan conflict in April 2020. In less than ten days, forces loyal to the Government of National Accord used Turkish-made Bayraktar TB2 drones to halt Field Marshal Khalifa Haftar’s assault on Tripoli. The drones obliterated Haftar’s Russian-made air defence systems and drove his forces – which were backed by Moscow, Cairo, Abu Dhabi, and Paris – into a hasty retreat from a year-long siege. And Turkish drones have had a decisive impact in the conflicts in Syria, Nagorno-Karabakh, and now Ukraine, where the Ukrainian military has already deployed them against Russian-backed separatists in Donbas.

Yet, for all the talk of Turkish drones’ military capabilities, their most significant effects may be in the economic opportunities and political leverage they have provided Turkey. Thanks to their effectiveness and affordability, Turkish drones have evolved from a purely military asset into an integral component of Ankara’s foreign policy strategy. If Europeans are to adapt to this strategy, they will need to understand how Turkey draws military and diplomatic benefits from its drones.

Drones have been a major asset for Ankara in the aggressive and expansionist foreign policy it has pursued in recent years. Turkey has showcased the capabilities of its indigenous drones on the battlefield with high-impact propaganda videos. These systems have helped Turkey escape years of regional isolation and foreign policy inertia to strengthen its existing partnerships and create new ones.

Turkish drones are cheap as well as effective. A TB2 costs roughly $5m – compared to $20m for an American-built MQ-9 Reaper and $28m for a more advanced US-made Protector RG Mk 1 (which will soon enter into service with the British Royal Air Force). Unlike other low-cost models, such as China’s Wing Loong, Turkey’s drones provide most of the capabilities of Western ones at a fraction of the price. So, unsurprisingly, Turkey has gained a prominent role in a sector previously dominated by the United States, Israel, and China. The list of countries operating Turkish drones has quickly grown to nine, while 16 more – including NATO members such as Poland, Latvia, and even the United Kingdom – have placed orders with Baykar or expressed an interest in doing so. This has boosted Turkey’s defence industry and its crisis-ridden economy more broadly. So far, drones have accounted for at least $700 million in sales by Turkish defence companies and have driven a further $3.2 billion in Turkish defence exports.[1]

The economic benefits of Turkey’s domestic-made drones have partially compensated for its questionable decision to acquire the S-400 air-defence system from Russia in 2019 – a decision that led to Ankara’s exclusion from the US-led F-35 fighter programme, huge economic losses, and a long-term capability gap for the Turkish air force. Indeed, the quarrel over the F35 galvanised Turkey in its development of more advanced drone systems, securing its position in the sector for years to come.

Drone diplomacy often leads to lucrative, long-term partnerships built on the provision of spare parts, munitions, training, and other technical assistance. The burgeoning military partnership between Turkey and Ukraine exemplifies this. Turkey now buys Ukrainian engines, while the two states closely cooperate on research and development. Ankara has also used drones to develop key aspects of its Africa policy. Through drone diplomacy, Turkey has strengthened its high-level relationships with Ethiopia and Morocco, both countries in which it has considerable economic and geopolitical interests.

However, Turkey’s militarised and profit-chasing drone policy has also created problems. While Turkish drones contributed to decisive victories in Libya and Nagorno-Karabakh (where Azerbaijan defeated Armenia in a 44-day war), they have been unable to do so in conflicts such as those in Donbas and Western Sahara. Turkish drones have introduced further destabilising dynamics into already complex regions, jeopardised Turkey’s relationships with important powers such as Algeria and Russia, and created complications for NATO and western multilateral initiatives.

For example, Turkish drone sales to Ethiopia won Ankara friends in Addis Ababa at the cost of its hard-won, delicate rapprochement with Cairo – which opposes Ethiopian plans to construct a dam on the Nile. Furthermore, as drones take on an increasingly prominent role in Turkish military operations, there is a growing risk that they will be involved in human rights abuses – as confirmed by several reports of civilian casualties during Turkey’s recent operations against the Kurdistan Workers’ Party and affiliated groups in Syria and northern Iraq.

Furthermore, Ankara cannot control how its drones are used by countries that buy them. So, Turkey’s no-questions-asked policy of exporting drones could damage its international reputation – as the country at worst accrues blame, or at best creates bad optics, for distributing weaponry that so easily lends itself to war crimes. States use drones not only to support allies and make new friends, but also to coerce competitors and limit their options to respond. Indeed, the country’s deployment of drones over the eastern Mediterranean heightened tensions in the region. Therefore, it is in Ankara’s interests to apply effective oversight mechanisms and accountability standards to its use and export of drone technology.

The growth of Turkish drone diplomacy holds military and diplomatic lessons for Europe. Militarily, Ankara has pioneered an innovative doctrine of deploying drones as force-multipliers for ground operations, and as an inexpensive means to gather intelligence and neutralise enemy defences. This has helped Turkey strengthen local proxies quickly and easily, and conduct light-footprint military campaigns – due to the fact that drones are easy to transport and often enable the user to bear a fairly high rate of attrition while maintaining deniability. Indeed, Turkey is just the latest and most successful adopter of a technology that, due to its proliferation, is helping dilute Western military hegemony. The European Union and its member states need to map out the geopolitical and economic implications of drones, and to effectively incorporate their assessments of this technology into their defence strategies.

Geopolitically, Turkey has demonstrated how drones can be a powerful foreign policy asset. This technology has helped the country to coerce its geopolitical rivals and conduct military operations where it once may have been too costly and dangerous to do so. As European countries struggle to build up partnerships in the Middle East and North Africa, and as the US pivots to Asia, Turkey has shown how investment in drone capabilities can prevent its partners from seeking new allies. The proliferation of drones may be making the world both more multipolar and more unsafe but, at this stage, the process is irreversible. Accordingly, European states should invest more resources in this technology and not allow their rivals to continue to dominate the sector – and should also step up their efforts to become leaders in the regulation of drone technology.

This approach could involve a modus vivendi with Ankara that promoted the responsible export and use of drones. By creating effective oversight measures and a shared set of guidelines based on international law and humanitarian standards on the protection of civilians, Turkey and Europe could shape the public debate on uninhabited vehicle technology and its military implications while spurring closer collaboration with each other on the development of drone technology. NATO may provide an ideal forum for such initiatives – given that some members of the alliance have purchased Turkish drones, and that Turkey has an interest in fully re-engaging in defence cooperation with its Western partners. Such an approach could also facilitate a rapprochement between European states and Turkey, and could discourage Ankara from using drones to gain a strategic advantage in the EU’s neighbourhood. Not doing so would only widen the gap between Ankara and Europe at a time when increasing instability close to home and growing geopolitical pressure from Russia and China make cooperation and cohesion ever more necessary.

Federico Borsari is a pan-European fellow at ECFR and associate analyst with ISPI.