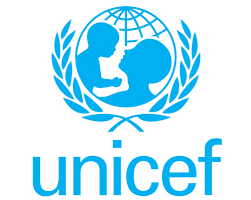 UNICEF said the development is a victory for the children of Borno, including recognition of a legal framework for their protection against recruitment and use by armed groups, child labour and sexual abuse, among other violations of their rights.

Zulum signed the Borno State Child Protection Bill into law yesterday, marking an end to years of efforts to provide a legal framework that recognises the rights of children in the state to education, health and protection from all forms of abuse.

With the Child Protection Bill signed into law, Borno becomes the 29th state in Nigeria to domesticate the Child Rights Act enacted by the Federal Government in 2003. Just seven states – Adamawa, Bauchi, Gombe, Kebbi, Yobe, Kano and Zamfara States – have yet to domesticate the Act.

Borno State has remained the epicentre of protracted armed conflict for more than 12 years. Over 300,000 children have been killed in Nigeria’s north-east, while over one million have been displaced. In Borno State, 330,389 children are out of school, according to the Universal Basic Education Commission. As with Adamawa and Yobe States, the conflict has also impacted essential health, nutrition and child protection services.

“For too long, children in Borno State have suffered the consequences of protracted conflict. Children have died or been maimed from unexploded devices, been kidnapped and recruited and used by armed groups. Girls have been especially impacted, including by sexual abuse and violence. The Borno State Child Protection Law will offer these children hope that things can change and perpetrators held accountable.

“UNICEF calls on other states in the north-east and indeed across the country to expedite action to domesticate and implement the Federal Child Rights Act. It is unacceptable that armed conflict, displacement, violence, poverty and other abuses continue to turn Nigerian children into direct and indirect victims of conflict and other human rights violations,’’ said Peter Hawkins.