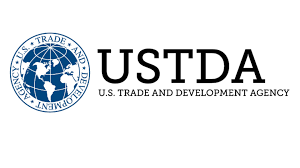 The aid is part of the Biden-Harris Administration’s Build Back Better World Partnership to support quality infrastructure in emerging markets, as well as the U.S. government’s Prosper Africa initiative to substantially increase two-way trade and investment between the U.S. and Africa.

A statement made available to Global Sentinel Monday, noted that, the support in grant is set to help streamline and strengthen regulatory processes of critical healthcare products in South Africa.

According to the statement, USTDA Acting Director,Ambassador Vinai Thummalapally, said the support will foster collaborative relationship and provide life-saving pharmaceuticals and medical devices.

Thummalapally said “USTDA is proud to support SAHPRA’s efforts to improve the health of all South Africans through greater access to innovative and high-quality healthcare products.

“Our assistance will also build partnerships between our respective healthcare sectors that will be good for both South Africa and the United States.”

Also, Deputy Assistant Secretary of States for African Affairs,Akunna Cook noted that,the United States considers South Africa a vital partner on a range of key issues, health being key among them. This grant Cook further explains, is another example of strong partnership, and a continuing and deepening work with South Africa in the coming year.

On his part SAHPRA CEO Dr. Boitumelo Semete-Makokotlela said, SAHPRA values partnerships that support its aims and objectives of being a world class African regulator.

“This partnership will go a long way in strengthening our resolve to be a regulator that supports the three pillars of quality, safety and efficacy,”he said.