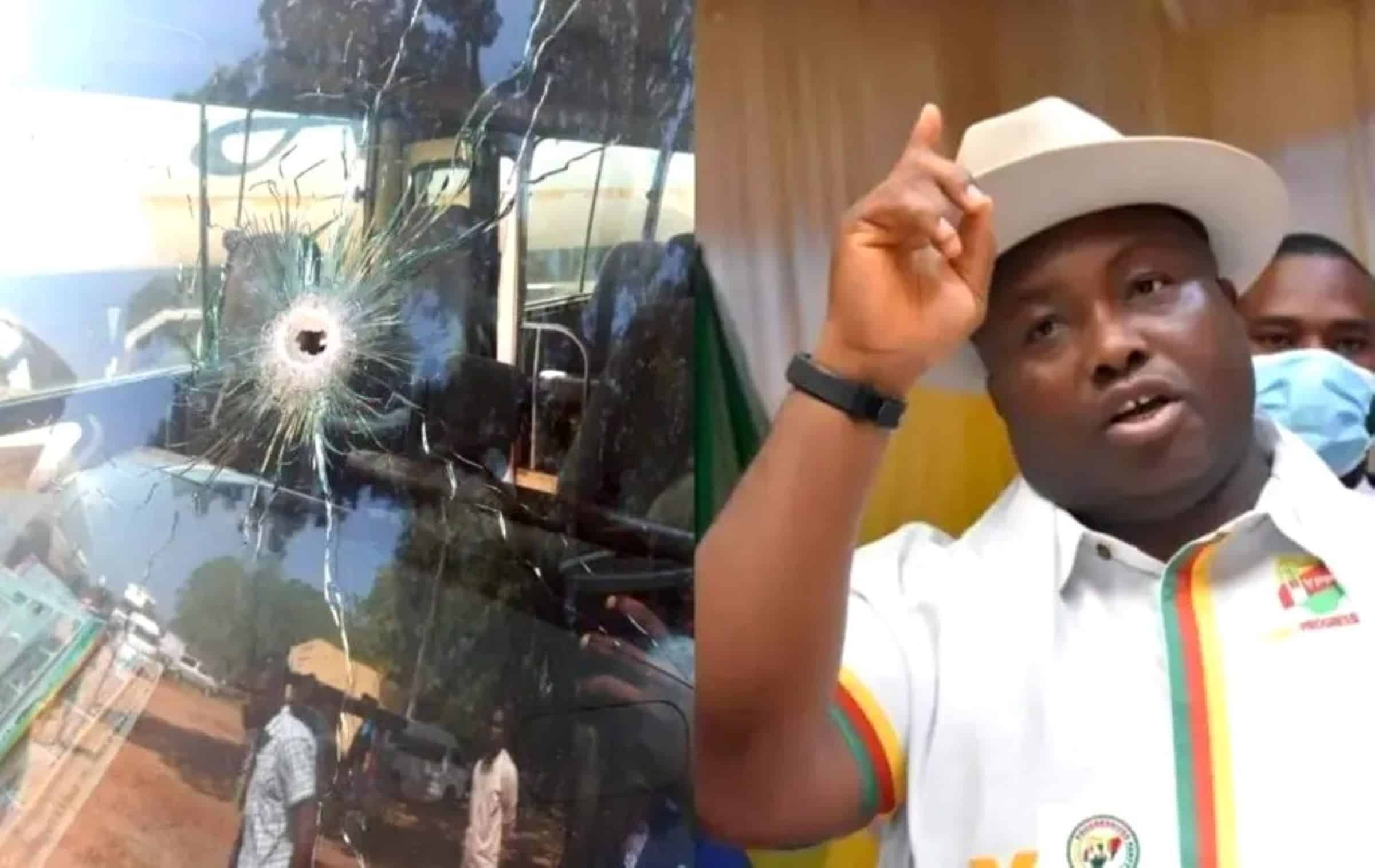 According to the Nigeria Security Tracker, NST, a project of the Council on Foreign Relations’ Africa programme that tracks and maps violence in Nigeria, no fewer than 8,058 lives were cut short violently across Nigeria in 2022. Specifically, no fewer than 138 policemen were killed across Nigeria in the last eight months – January to August, 2022. ‘’States with the highest number of policemen killed within this period are Niger with 24, Enugu with 18, Anambra with 13, Imo 12, Borno and Kogi with nine each. Others include Delta and Kastina with 7 each, Kebbi with 5, Ebonyi and Benue with 4, Cross River, Edo, Oyo, Taraba with 3 each, Jigawa, Rivers, Bayelsa and Ondo with 2 each, Nasarawa, Kaduna, Kwara, Lagos, Osun and the FCT with 1 each’’. The unrelenting and unfolding security challenges in Nigeria seem to have boosted the demand for armed protection services, close or VIP protection, with attendant up-tick in the sale of armoured, bullet proof, reinforced, or treated vehicles. Perhaps this is why Senator Shehu Sani describes bullet-proof vehicles ‘’as a major lifeline in the face of rising insecurity in Nigeria’’. Report by Punch Newspaper, September 26, 2022, shows that as preparations for the 2023 general elections gain momentum and amidst worsening insecurity across the country, the demand for bullet-proof Sports Utility Vehicles in Nigeria have increased significantly. According to Colonel Hassan Stan-Labo (retd.), ‘’politicians were rushing to purchase bullet-proof vehicles because they are very vulnerable, having failed to use public resources judiciously’’. Recall that the use of bullet proof vehicles in Nigeria is regulated by the Office of the National Security Adviser (ONSA). This means that an end user certificate (EUC) is needed and granted to private individuals who provide evidence of threat to their lives. Again, like many paper-tiger stipulations in Nigeria, aforesaid is far from been a hard-and-fast rule.

On armed protection and escort

It is not unusual to see nouveau-riches, high-net worth individuals (HNWI) having scores of armed policemen, government security forces (GSF) in their escort team. The more armed security escort one can muster in Nigeria suggests how moneyed or connected the individual is. Granted deployment of armed security protection is supposed to offer some confidence or deterrent but in practice, it provides no guarantee and cannot forestall targeted, surprise attack by determined criminals. All the assailants need to do is, lay an ambush and launch a kamikaze attack at say, a bad portion of the road where vehicles must slow down.

In this analysis, I will zero in on policemen and some GSF killed especially during an ambush while providing armed escort to high-net worth individuals (HNWI).

Between Friday, January 6 and Sunday, January 09, 2023, seven personnel of the Nigerian Security and Civil Defence Corps (possibly comprising police, soldiers as well as members of vigilantes) were killed during an ambush while escorting an expatriate to a mining site in Birnin Gwari area of Kaduna state.

On Monday, January 02, 2023, a driver and four police orderlies were killed as the convoy of a former governor of Imo state and an APC leader, Chief Ikedi Ohakim was attacked by gunmen at Umualumoke, Oriagu in Ehime Mbano LGA of Imo state. Ohakim escaped death by the hair’s breadth because he was in a bulletproof vehicle with two of his children while his security details were tenably in an open Hilux truck. A similar scenario played out when Senator Ifeanyi Ubah was attacked at Enugwukwu, Njikoka LGA of Anambra on Sunday, September 11, 2022. Five of his police escort in addition to other aides were killed. Ubah escaped because he was ensconced in his bullet proof vehicle.

Armed assailants on December 22, 2022, reportedly attacked a vehicle carrying two Chinese contractors and their police escort while en route to Maradun LGA, Zamfara State. One of the Chinese nationals was reportedly killed and another wounded in the ambush

Seven persons, including three policemen were on Friday, October 21, 2022, killed when suspected assassins attacked the convoy of the General Overseer of Omega Fire Ministries International, Apostle Johnson Suleiman along the Benin-Auchi expressway in Edo State. Apostle Suleman, his wife, and children were unscathed because they were reportedly in his treated Sports Utility Vehicle when the attack occurred. After his close shave, Suleman was reported to have said, ”if I had the money, I would buy bulletproof cars for every member in this church”. Why not ‘anointing oil’ or handkerchief? That’s by the way.

Three police officers who were on escort duty in Port Harcourt on Thursday, November 24, 2022 were shot dead at Rumuokoro flyover when gunmen kidnapped their victim, an oil executive and carted away valuables with an undisclosed amount of money.

On Tuesday, July 5, 2022, gunmen attacked the advance team of President Muhammadu Buhari near Dutsinma, on their way to Daura, Katsina State. Two persons in the convoy are receiving treatment for the minor injuries they suffered.

Two police orderlies of the Enugu State Commissioner for Lands, Chidi Aroh, were on Sunday, February 22, 2022, killed when gunmen ambushed their Hilux van along Ukpo-Nimo Road, Anambra State. The commissioner reportedly escaped in his SUV.

Prior to his emergence as governor, gunmen at Isuofia, in Aguata LGA of Anambra State on Wednesday 31, 2021, attacked the former governor of the Central Bank of Nigeria (CBN), Prof. Charles Soludo, killing three of his escorts and kidnapped a Commissioner.

Aforesaid instances are evidence of government security forces killed while escorting VIPs. Regrettably, very meagre financial compensation are paid to the next-of-kin of diseased personnel who pay the supreme price after unending paper-work, bureaucracy that could take several months. For instance, as part of a welfare insurance scheme for police officers who died in active service, on Tuesday, January 10, 2022, Nigerian Police authorities presented a cheque of N43.2 million to families of 20 police officers who lost their lives in active service in Anambra State. If we do the math, 43.2 million Naira divided by 20 equals a paltry N2.15 million to the family of each slain police officer. Sooner than later their wife and children are ejected from their pathetic accommodation in the barracks.

In 2018, the then Assistant Inspector-General of Police (AIG), Zone 5 in Benin, Rasheed Akintunde said only 20 per cent of policemen are engaged in core police duties of protecting lives and ensuring peace in the country. According to him, ‘’the remaining 80 percent are just busy providing guard duties to some `prominent people’ and surplus police operatives are redistributed to their extended families, concubines, and girlfriends. Corroborating the assertion of Akintunde albeit conservatively, former Inspector General of Police (IGP) and ex-Chairman of the Police Service Commission, Mike Okiro, also affirmed that more than half of police personnel in Nigeria are engaged in private guard duties. On paper, Nigeria, a country of plausibly 210 million people, is said to have about 370,000 police personnel. If 50 percent, equivalent to 185,000 police officers in Nigeria are deployed to protect private individuals, it means that only 185,000 police personnel are out there doing regular police work. This definitely falls short of the United Nations recommended 1 police officer for every 450 persons, for effective policing. This explains why there is not enough policemen walking the beats as prescribed by community policing. To buttress this patent anomaly, the Katsina State Governor, Aminu Masari, lamented a couple of years ago that only 30 police officers were guarding 100 villages in the state. The Niger State Governor, Abubakar Bello, also substantiated governor Masari’s assertion. He bemoaned that only 4,000 officers were policing Niger state, the largest state by landmass, with about 76,363 square kilometres.

Is Police Protection For Hire, Monetized To The Highest Bidder?

According a 2021 report by UK’s Financial Times (FT) tagged – Gun for hire: Nigeria security fears spark boom in private protection, ‘’Many guards for wealthy and middle-class people in Nigeria are hired police officers’’. The FT report cites that, ‘’Police escorts are procured in one of two ways: via a private security company or, much more cheaply, directly at the local police station, which is the route that more and more middle-class Nigerians take’’. We understand that, ‘’police officers are paid a stipend — usually between N5,000 and N7,000 ($12-$17) a day, depending on their rank while the local police command receives an administration fee – all in cash. This means the money doesn’t go back to the police.  While many perceive the non-statutory deployment of armed policemen, trained, and funded by public money  to be an anomaly, nothing is done to rein in the practice. Year in year out, lip service directives by succeeding police leadership, including the incumbent IGP to withdraw armed police protection to private citizens have never been implemented. So much noise is made, sooner than later they revert to the status quo. It is business as usual until another IGP takes over and stirs things up again. The recent launching of POSSAP (Police Specialized Services Automation Project) seems to negate the much touted posturing to withdraw police protection from private citizens. Granted the POSSAP portal lends transparency and some accountability to the entrenched practice of wheeling and dealing police services, but I think on the other hand, it is tantamount to officially monetizing and gazetting armed police escort and guard services to private individuals, corporations, and organizations. By the way, it is hoped that monies accruable to POSSAP is remitted to the treasury single account (TSA)?

The rich and powerful will always have enemies and threats can come from unexpected sources. VIP or executive protection qualities go beyond bravado, being tall, broad-shouldered, and bearing arms. Executive protection can be very complex, demanding and entails meticulous planning, intelligence gathering, dynamic risk assessment, route reconnaissance, explosive detection expertise, weapon training, counter-terrorist driving and emergency medical response, management. Nowadays, threat intelligence and open source intelligence (OSINT) are also integral part of executive protection. For example, there may be a disinformation, doxxing, early warning on Twitter or on a dark web forum about an executive or a VIP. It is also worth mentioning that in so-called advanced climes, the non-statutory escort duties carried out by policemen in Nigeria, are usually actioned by private security companies or experienced and licensed executive protection professionals. High time private security companies in Nigeria upped their game rather than whine how foreign contractors are encroaching into private security business in Nigeria. They should synergize, lobby, sponsor a legislation that will possibly permit select executive protection personnel, possibly drawn from retired military or para-military personnel who would be licensed to bear arms. It is also in the interest of the government to encourage and create an enabling environment for private security companies in Nigeria to take their place. If they succeed, it will reduce the pressure on government security forces (GSF).

Security let alone executive protection, and peace of mind doesn’t come cheap. For instance, in 2021, Facebook’s parent company – Meta earmarked nearly $27million for what it described as an ‘’overall security program’’ for Mark Zuckerberg which includes $15.2 million on ‘’personal security for Zuckerberg at his residences’’ as well as during his personal travel. Similarly, Amazon reportedly spent about $1.6 million on security and business travel for its founder, Jeff Bezos in 2021. If the life of the high-net-worth individual (HNWI) they are protecting is precious, so is the life of the security agent. HNWI’s who need armed escort must ensure they acquire spacious bullet-proof truck for security escorts which will allow them to react swiftly and respond to enemy fire. This idea of strangling armed security escorts in exposed pickup trucks, is an anomaly, a clear case of negligence and vicarious liability. If push comes to shove and armed escort must be deployed to private individuals or companies, the Nigerian police and other security agencies must insist that one of the pre-requisites, standard operating procedure (SOP) for deploying personnel to a HNWI must include the provision of bullet-proof vehicle, truck. As they say, what is good for the geese is also good for the gander. Stop using policemen and government security forces (GSF) as cannon fodders or sacrificial lambs. They are human beings with families and loved ones.