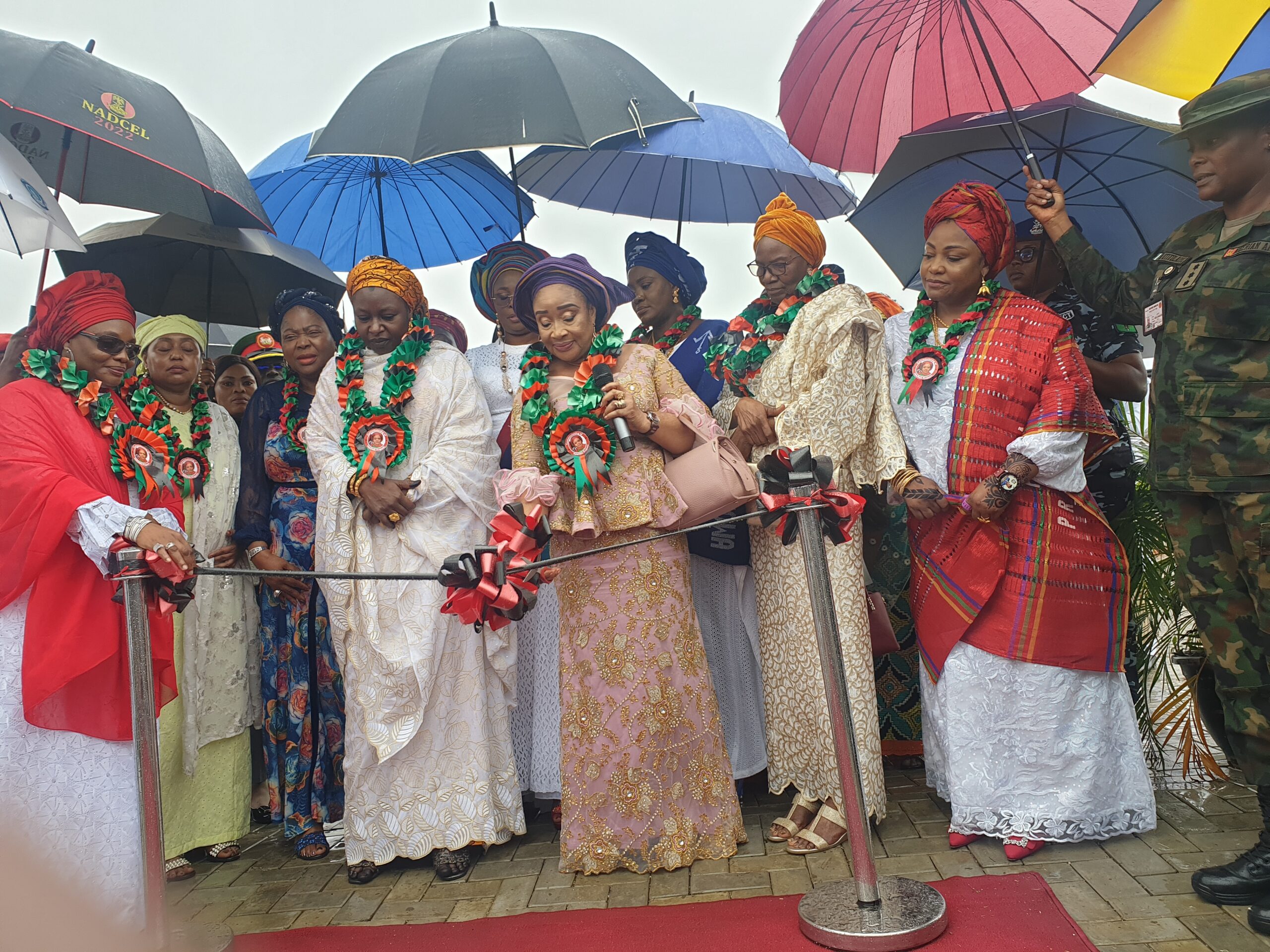 …it’s one thing to have an idea to do something,  and it’s another thing for people to recognise what you have done or started…

Mrs Nnenna Ihejirika, wife of a former Chief of Army Staff Lt-Gen OA Ihejirika (rtd) recently commissioned a staff quarters at the Nigerian Army Officers’ Wives Association (NAOWA) college in Abuja, which was named in her honour. Ihejirika, who established the college in 2013, had the project named after her by Mrs Salamatu Yahaya, president of NAOWA, who stressed that it was an avenue to celebrate and immortalize the past presidents of the association. In this interview with Global Sentinel, she spoke about the value of education and why she, her predecessors and successors have championed this course. Excerpts…

How do you feel about the recognition today?

I don’t know how to express my feelings. I am very happy because it’s one thing to have an idea to do something,  and it’s another thing for people to recognise what you have done or started. It’s only when you have people of like mind, like Mrs Faruk Yahaya, that you find the need to continue with what I left behind.

Can you tell us the story behind this success today?

First of all, I want to thank God Almighty for making this day a reality. As the then NAOWA president,  the dream came to my mind to have quality education for our children. That’s how the idea to put a befitting place for our children came up so that they will compete with outsiders. You know, sometimes people have a perception about Army Barack schools; they perceive it as a school of low quality. So I decided to put down the NAOWA college. Due to the nature of our husband’s work, you cannot be there forever, it’s like ‘soldier come, a soldier goes’, when your tenure is over, another person will come. So, I wasn’t able to put all the structures I wanted on the ground for the school to be completed.  So, I just built the classrooms, put in their library, I put other departments that they can start with; but I couldn’t put the hostel and the teacher’s quarters.  When I left, my successors were able to add some things. Mrs Buratai put down the hostels and the dining hall for children to eat. Today is the milestone, the commissioning of the teacher’s quarters. I am very glad and happy that they are putting teachers’ quarters around the school to be able to monitor their activities and the work that the pupils are doing in the school. If we have accommodation for teachers, they will have a settled mind to teach the children and we will have better children and a better society.

What role would you be playing even as a past NAOWA president to ensure the sustainability of this vision?

I am here for them. A NAOWA member is still a NAOWA member. So, I think my role is just to give them advice in the little way I can give them.  I will still work with them in the areas they need help.

What advice do you have for subsequent NAOWA presidents?

The subsequent presidents should learn from the current president what she has done to improve the lives of the children and staff of the school.

Is the school accessible to other members of the public?

It’s for everybody, both soldiers, officers and people outside; as long as they qualify to enter the school. Everybody is entitled to go to school.

Is there any difference between schools set up by the military and other schools among the civil populace?

There is nothing so different, it’s just that the schools are built near the barracks. So, one would want to gain admission to be sure of security because officers and soldiers are around the school premises. People are more secure when they school in army and military schools, better than when they are outside.

What roles is NAOWA playing to curb social vices in society especially in the area of insecurity,  using your tenure as an example?

Due to the nature of the work our husbands do, you will see that women are left alone in the house and because they are left alone, you will see that they are the mechanic in the house, they are the electrician; they are left with so much responsibility. So they are always there for their children, to make sure that they don’t derail from what they are supposed to be. So in addition to what the women do for the children in the absence of their husband’s officers and soldiers, NAOWA and other military schools help to instil discipline and curtail social vices.

People are more secure when they school in army and military schools, better than when they are outside.