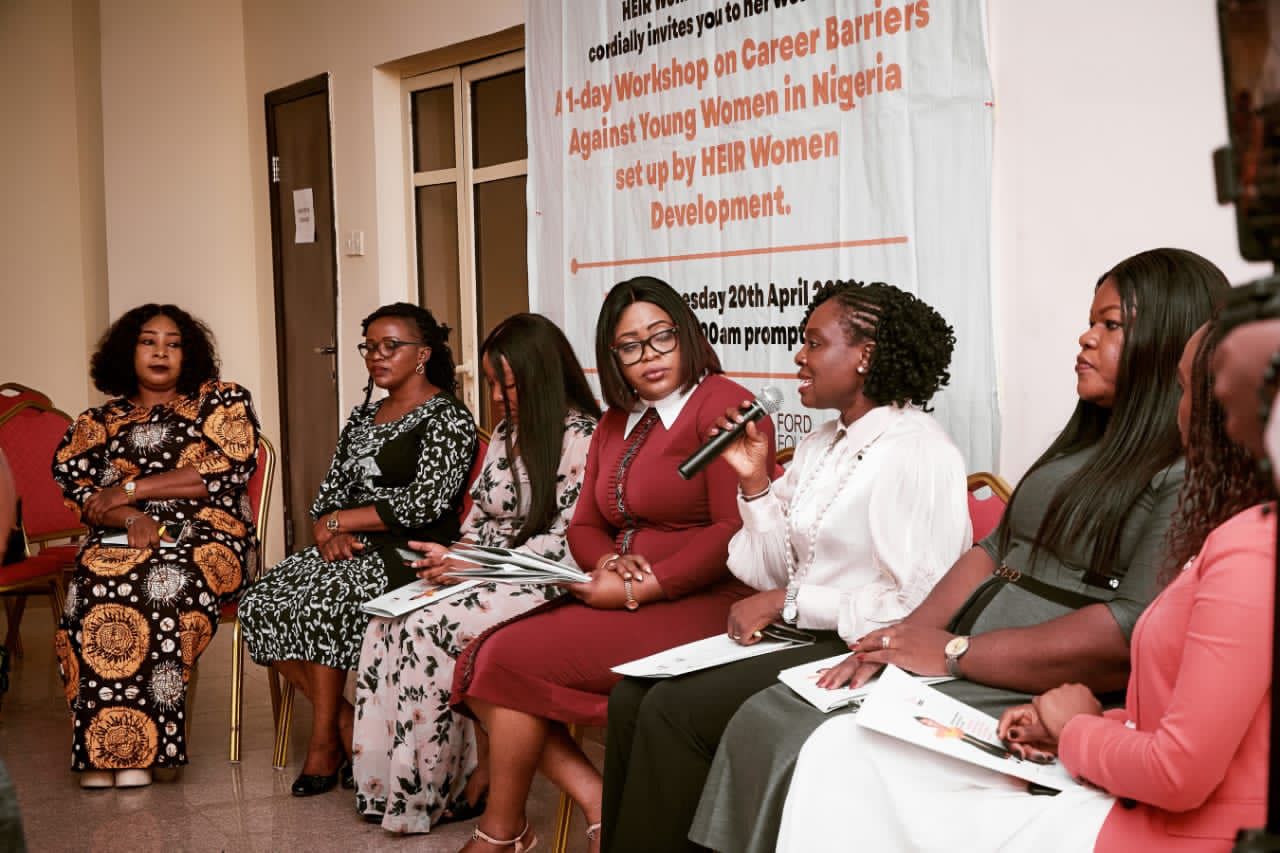 HEIR Women Development has tasked the Cooperate Affairs Commission (CAC) to delist organisation found wanton of sexual harassment of young women at workplaces as part of strategy to curb the menace.

The Executive Director (ED) Anuli Aniebo Ola-Olaniyi,made the call in a 1-day workshop tagged “Career Barriers and Workplace Sexual Harrasment Against Young Women in Nigeria,” on Friday in Abuja.

According to Ola-Olaniyi, the organization’s research in the Federal Capital Territory (FCT) on 1060 respondents consisting 1000 online survey and 60 in-depth interviews shows that 51% of women have been sexually harassed with 3 in 4 women raped at work and 13% of the respondents were women living with disabilities, while 78% respondents said bosses harass them sexually.

Ola-Olaniyi, said the prevalence of sexual harrasment of girls and young women at work makes them unproductive and unable to contribute their quota to national development, stressing the need for full implementation of the Violence Against Persons Prohibition (VAPP) Act to protect women and as well punish offenders to deter others.

“The CAC should ensure that if a staff is sexually harassed and becomes unproductive the company should be delisted from the company house because of what they have done.

“The prevalence of sexual harrasment at workplaces is quite alarming, there is need for girls and young women to be given an opportunity in the workplace to carry out their responsibilities. Lots of young women are underemployed or not employed and so are unable to take financial responsibility for themselves, participate in politics or go into public spaces without being harassed. This prompted this research.

“We did a research on 1060 respondents 1000 online and 60 in-depth interviews to found out that 51% of our data women have been sexually harassed and the most painful one is that 3 in 4 women have been raped at work. 13% of our respondents were women living with disabilities and 78% respondents told us that it’s their bosses that harass them so it’s a power issue,” she said.

The ED therefore stressed the need for more awareness on sexual harrasment at workplaces as a lot of young women do not understand what it means, adding that both employee, employers, bosses and human resources organizations have no idea how traumatic it is for young women to be sexually harassed.

“There is need to educate everyone starting from schools to tertiary institutions, workplaces on what it means and why it should stop.

Every hands must be on deck in advocacy to curb this menace. It is important that the narratives around women and girls change because we live in a society where when you see women occupy top positions they are being judged to have achieved that through alterio motives meanwhile there are lots of them who work really hard,” she noted.

Speaking during the workshop, the Country Director, Amnesty International Nigeria, Osai Ojigho, said sexual harassment in work place is a global menace which the International Labor Organization (ILO) in it’s convention C190 addresses sexual harrasment and other GBV in the workplace.

Similarly, she stressed the need for addressing safe spaces for women and girls at work with no room for sexual harrasment, calling on any organisations that condone this to amend it’s practices, ensure that there is a sexual harrasment policy in place and give a voice to survivors.

Highpoint of the workshop was the panel discussion with over six panelists including survivors proofer solutions to curbing sexual harrasment against women and girls, and the unveiling of a book tittled “More than just pretty” authored by the convener.