A Russia-Ukraine war could ripple across Africa and Asia 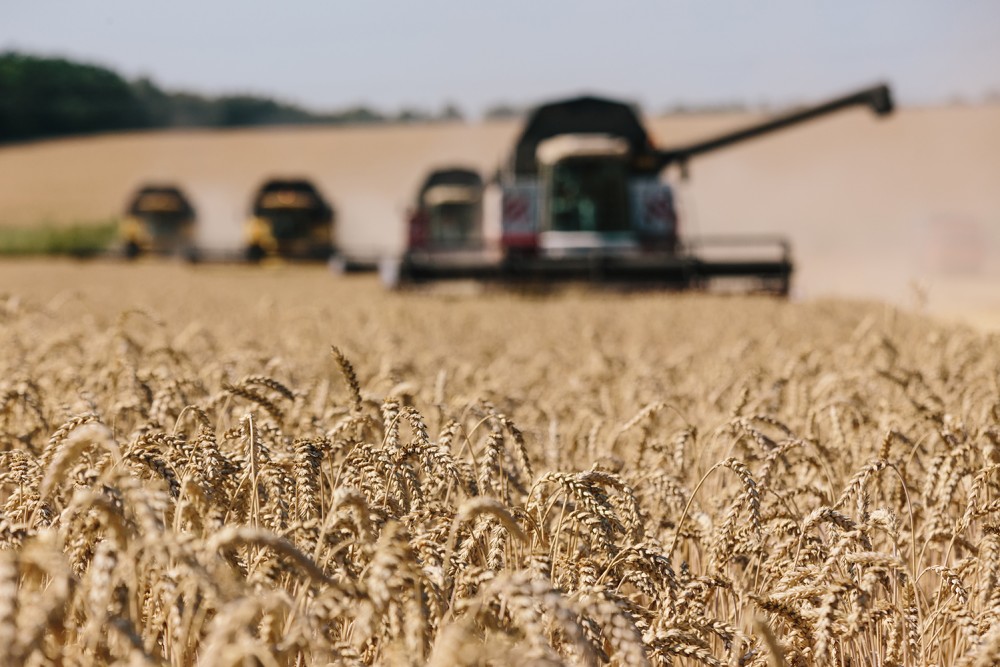 •Beware of food price spikes and revolutions if Ukrainian grain deliveries are disrupted.

By Alex Smith, a food and agriculture analyst at the Breakthrough Institute.

With some of the most fertile land on Earth, Ukraine has been known as Europe’s breadbasket for centuries. Its fast-growing agricultural exports—grains, vegetable oils, and a host of other products—are crucial to feeding populations from Africa to Asia. And it so happens that a substantial part of Ukraine’s most productive agricultural land is located in its eastern regions, exactly those parts most vulnerable to a potential Russian attack. As the war clouds gather along Ukraine’s borders, one concern that has gone relatively unnoticed is the question of what happens to these regions—and to the countries around the world that depend on Ukraine for food—in the case of a Russian attack.

Ukraine is a top exporter of corn, barley, and rye, but it’s the country’s wheat that has the biggest impact on food security around the world. In 2020, Ukraine exported roughly 18 million metric tons of wheat out of a total harvest of 24 million metric tons, making it the world’s fifth-largest exporter. Customers include China and the European Union, but the developing world is where Ukrainian wheat has become an essential import. For example, about half of all wheat consumed in Lebanon in 2020 came from Ukraine, according to data from the Food and Agriculture Organization (FAO). Relying on bread and other grain products for 35 percent of the population’s caloric intake, Lebanon is critically dependent on Ukrainian wheat.

Unfortunately, a large part of the country’s wheat production comes from the historical breadbasket of eastern Ukraine—Kharkiv, Dnipropetrovsk, Zaporizhia, and Kherson oblasts, just west of Donetsk and Luhansk, which are already partially occupied by Russian and Russian-supported forces.

Should a possible attack on Ukraine turn into a Russian land grab from where Russian-supported separatists have already established their so-called republics, it could mean sharp declines in wheat production and a precipitous fall in wheat exports as farmers flee the fighting, infrastructure and equipment are destroyed, and the region’s economy is paralyzed. Whoever controls the land will ultimately extract its riches, but if conditions in the Russian-controlled eastern parts of Ukraine are any guide, instability and paralysis may lie over the region and seriously impact production far beyond the initial invasion.

It’s barely been a decade since the Arab Spring, for which rising food prices were the spark that lit the fuse of revolution.

Global food prices are already rising along with those of other commodities, and any disruption risks further price shocks as importing countries scramble for supplies in a tightening market. Food insecurity would be exacerbated in the many developing countries that depend on Ukraine for their sustenance. In politically unstable countries such as Libya, Yemen, and Lebanon, additional food price shocks and hunger could easily turn an already bad situation worse. In many other countries, too, price spikes and food insecurity could inflame conflict, heighten ethnic tensions, destabilize governments, and cause violence to spill over borders.

These scenarios should not be taken lightly. It has barely been a decade since the uprisings of the Arab Spring, for which rising food prices were the spark that lit the fuse of revolution in Tunisia and Egypt. More recently, one only needs to look at Kazakhstan to see how quickly a rising price for a staple—in this case, fuel—can lead to protests, violence, and, in Kazakhstan’s case, a Russian military intervention. A population’s grievances might be much broader and have accumulated over many years, but it’s often a price shock that sets off conflict. Hunger can increase tensions-producing inequality and simultaneously radicalize mass political movements.

Russian intervention in Ukrainian agriculture is nothing new. The horrific famine perpetrated by Soviet policies in Ukraine in the 1930s—known as the Holodomor and considered a genocide by many historians—killed between 4 million and 7 million Ukrainians. While various causes played into the famine, the connections between harsh grain delivery quotas placed on Ukrainian farmers by Moscow, forced collectivization, deportation and killings of farmers, and ethnic Ukrainian starvation are hard to dismiss.

There are many reasons why a Russian invasion of Ukraine should be stopped before it happens. Disruption of food deliveries from one of the world’s most important breadbaskets should be high on that list. If an invasion is unavoidable, governments around the world must be prepared to react quickly to avoid food insecurity and potential famine, including by sending food aid to needy countries and expediting supply chain shifts to redirect exports to Ukraine’s current customers.

Finally, the potential for a food crisis caused by a European war should also serve to refresh and underscore our priorities. Countries should work to alleviate inequality, reduce corruption, and improve political representation—all of which increase societywide resilience, not just with respect to food. As the threat of climate change has expanded our thinking to include the future of the entire planet, we must also widen our thinking about geopolitical conflict. Planetary crisis may indeed be right around the corner, but it is most likely to stem from things that are as old as human civilization itself: war, famine, and disease.

Update, Jan. 22, 2022: The map in this article has been updated to clarify the parts of Luhansk and Donetsk oblasts that are under the control of Russian-backed forces.

Alex Smith is a food and agriculture analyst at the Breakthrough Institute. Twitter: @alexjmssmith